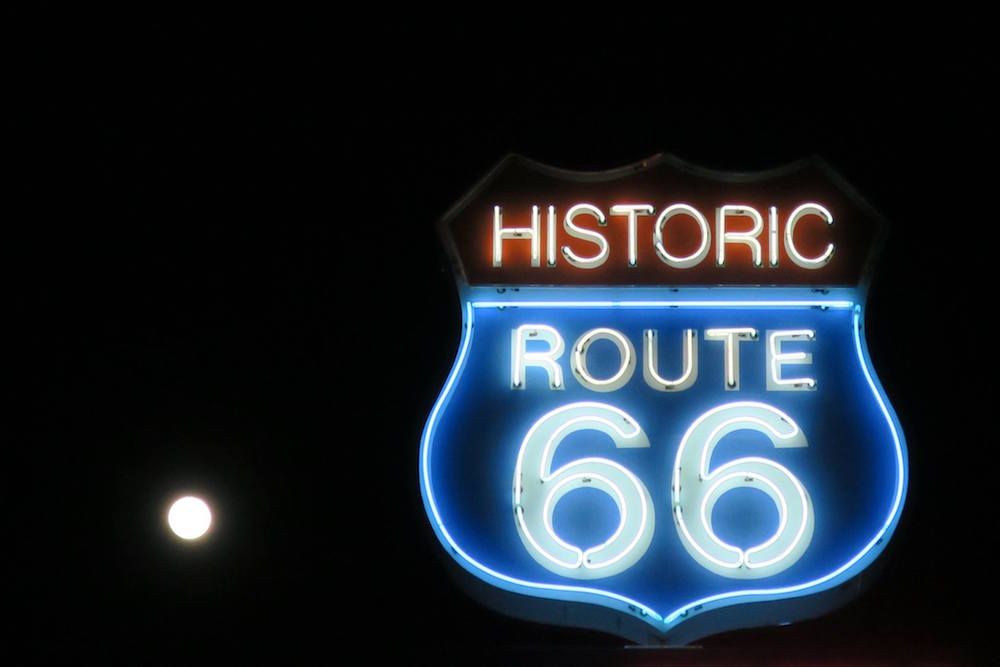 For many motorcyclists, Route 66 is the one of the most sought after riding destinations along the west coast. MotoQuest is no stranger to this famous stretch of road, and so we’re taking a look at its rich history and discussing a few of our favorite sections! 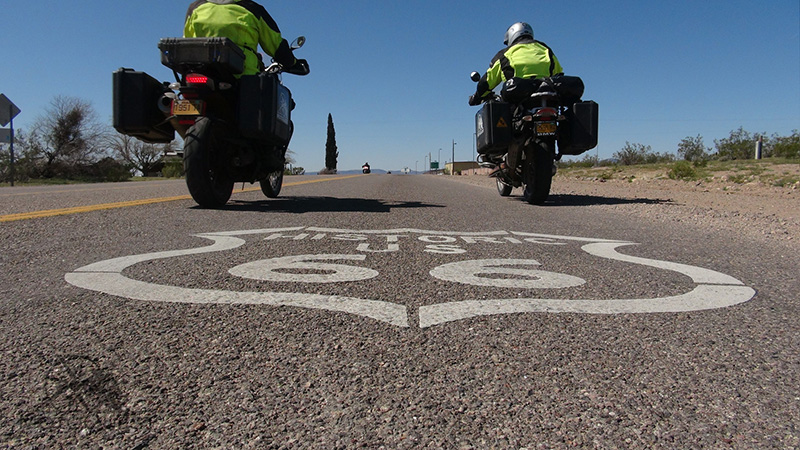 The History Behind this Historic Road

U.S. Route 66 was established on November 11, 1926 and originally ran from Chicago, Illinois, through Missouri, Kansas, Oklahoma, Texas, New Mexico, and Arizona before ending at Santa Monica, California, covering a total of 2,448 miles. Entrepreneurs Cyrus Avery and John Woodruff are often credited as the brains behind this interregional link between Chicago and Los Angeles. 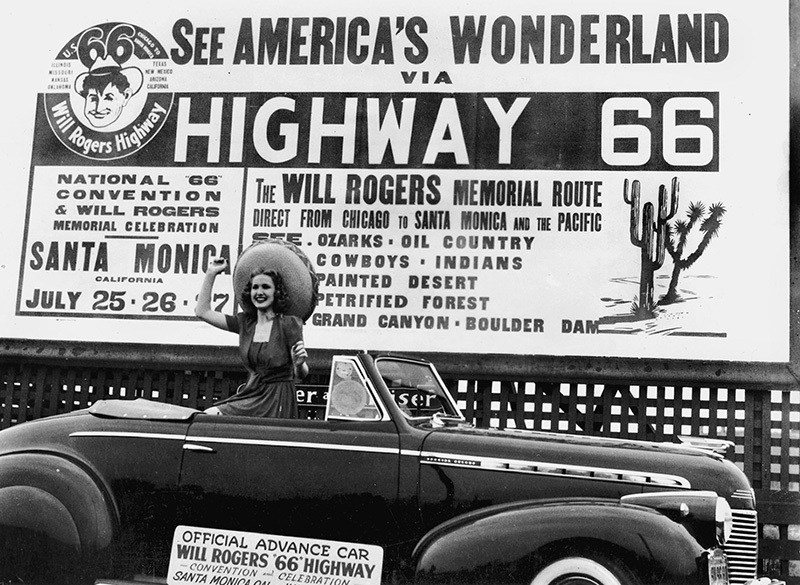 What is unique about Route 66 is the direction in which is travels. Contrary to most highways that follow a linear path east-west or north-south, the original Route 66 cut a diagonal path across the country. This unique course linked hundreds of rural communities from Missouri to Kansas that were previously unconnected from major cities throughout the heartland.

Route 66 sparked a new generation of postwar motorists hitting the road in the 1960s. Because of this, many motels and attractions opened up along the way, eager to greet travelers. Most of these stops were adorned with neon lights, making it easy for tired guests to spot from the road.

However, as the times changed, so did the roads. By the 1970s practically all segments of the  original Route 66 were bypassed by a modern four-lane highway, mostly as a result of the passing of the Interstate Highway Act by President Dwight D. Eisenhower. While most of the historic road has disseminated, there are still sections of the original Route 66 that can be traveled on today!

How We Do Route 66 at MotoQuest

We don’t cover Route 66 in its entirety on our tours, and for good reason. If we did, we would end up logging a lot of boring miles on fast-moving highways. On both our Wonders of the West and American Southwest Adventures we travel along some of the best western sections of Route 66, weaving in the iconic attractions and breathtaking scenery this region has to offer. Here are a couple of route highlights that truly capture the essence of the Main Street of America. 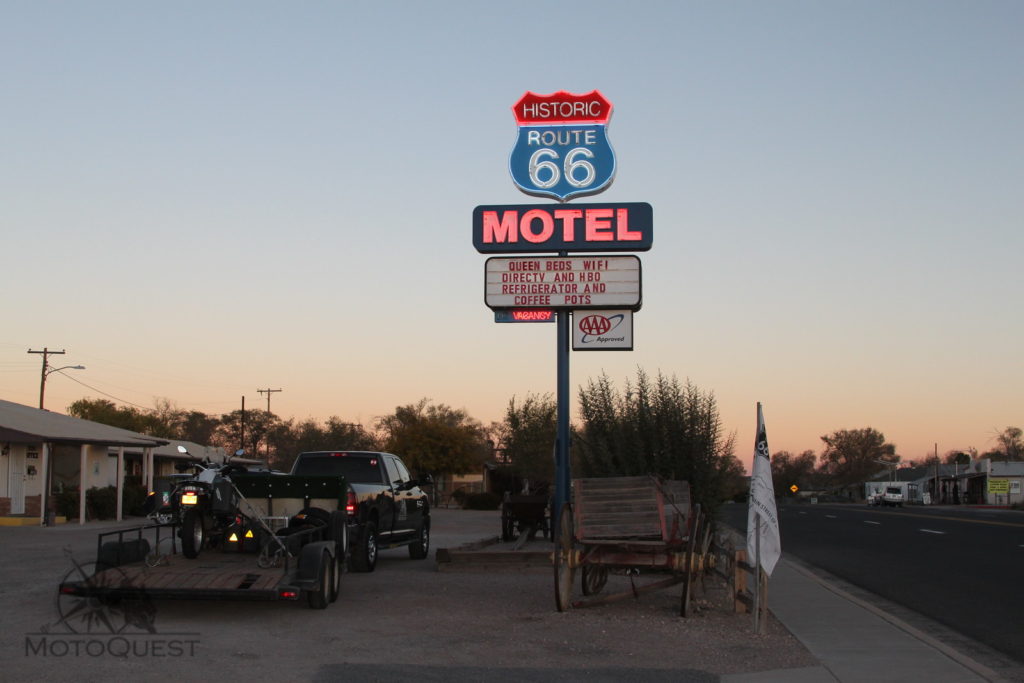 One of our favorite sections of Historic Route 66 is found between the towns of Seligman and Kingman in Arizona.

Riders on our American Southwest Adventure are treated to classic Americana in its finest form, landing for the night in Seligman – a town trapped in time. 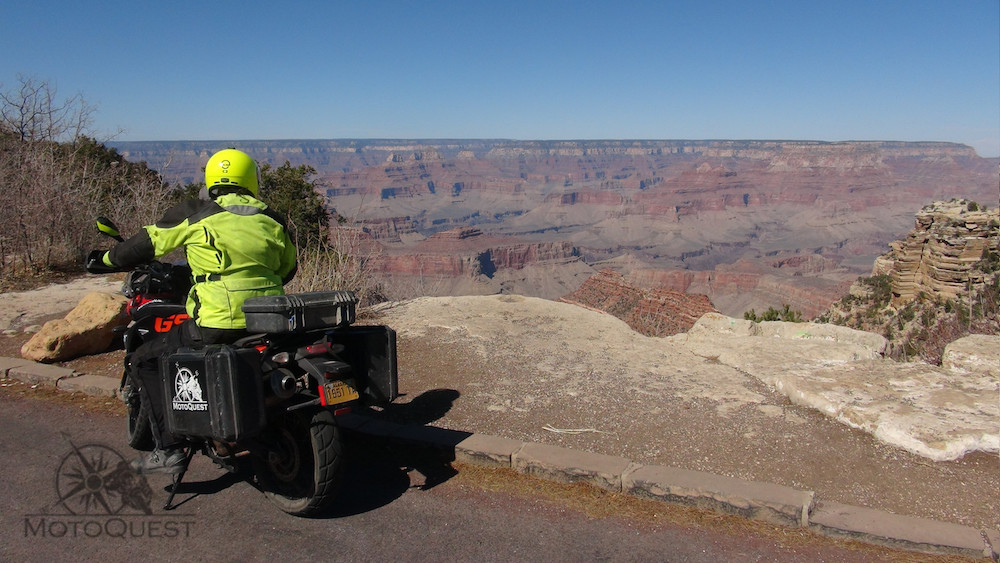 Just beyond this stretch of road to the north lies the Grand Canyon, one of many natural wonders that participants will experience on this trip. 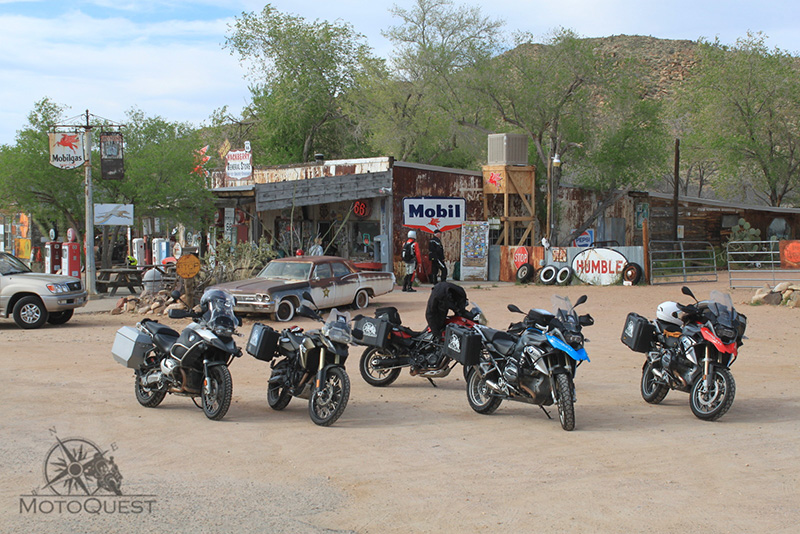 This section of Route 66 in particular provides the most genuine Americana experience, and also offers some of the best scenic riding in the United States. 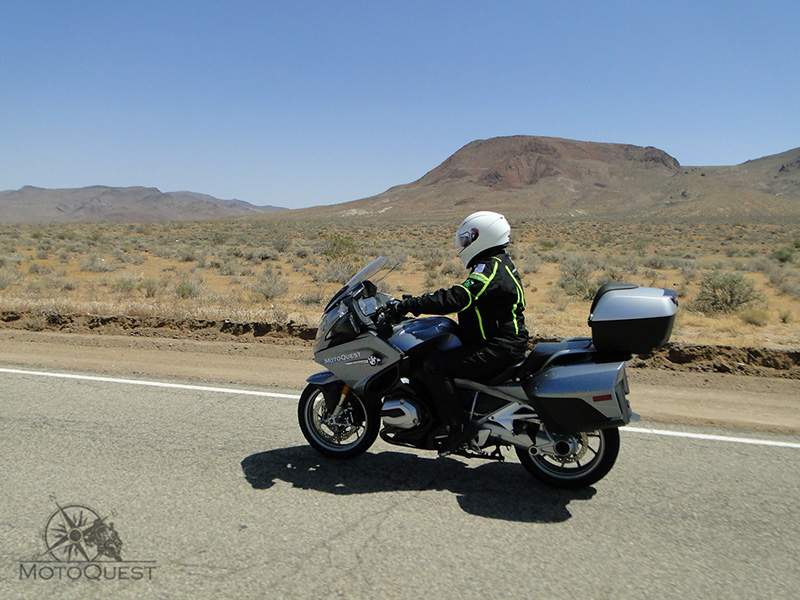 Another favorite stretch of Route 66 — this time on our Wonders of the West Adventure — is between Oatman, Arizona and Amboy, California. Oatman is conveniently located along Route 66 and was able to cater to travelers driving between Arizona and California.

Oatman too fell victim to the Interstate Highway Act as the town was completely bypassed in 1953 by a new route that ran between Kingman and Needles. By the 1960s, Oatman was all but abandoned. However, as interest in the Historic Route 66 has grown, Oatman has come back to life thanks to a tourism renaissance in recent years. 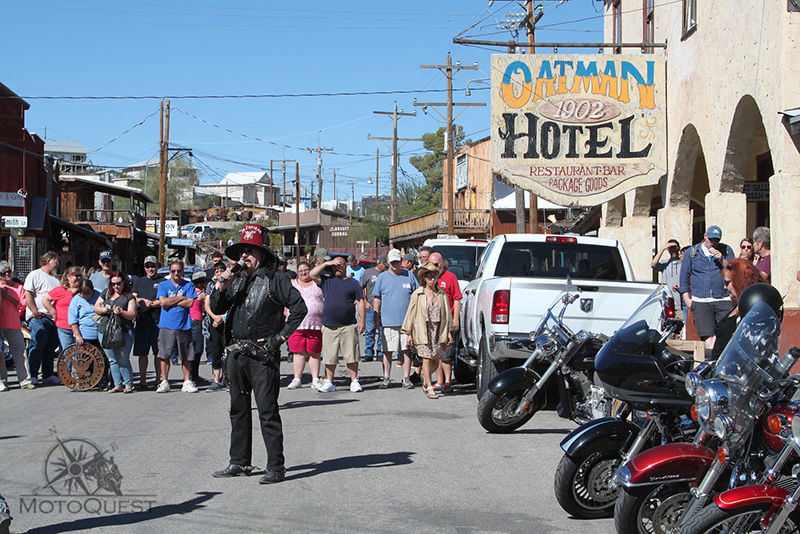 Oatman also offers an interesting attraction for visitors: wild donkeys! Yes, that’s right, wild burros freely roam the town streets and can be hand-fed hay cubes. While these animals are a fun sight to see, we always advise to keep hands to yourself at all times! 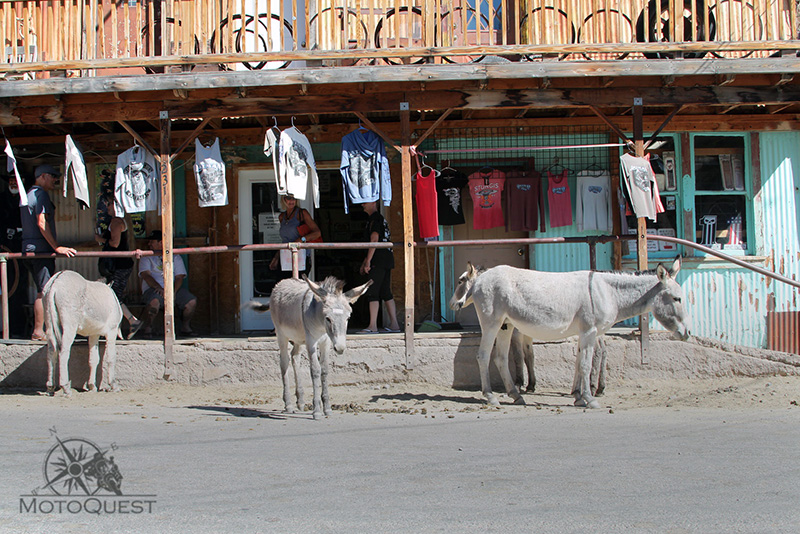 As you pass through the rolling hills on the way to the town of Amboy, CA, with little to no other vehicles on the road, you truly get a sense of what early travelers experienced on this iconic stretch of pavement. 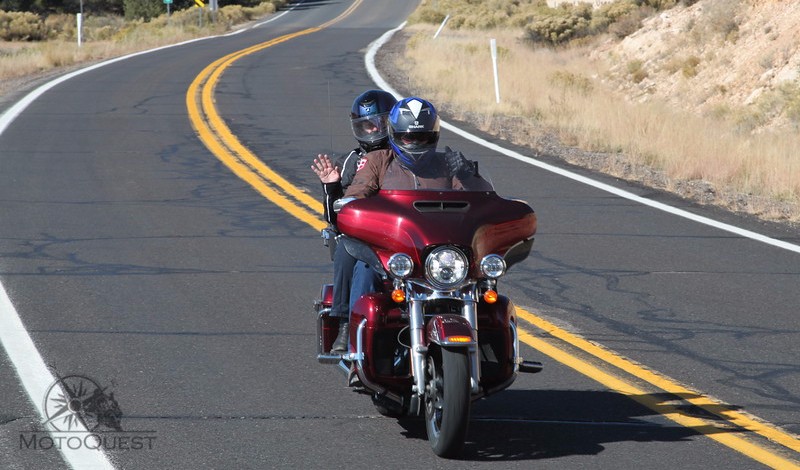 The nostalgia factor is kept alive during the trip, as you’ll notice plenty of neon and Burma-Shave signs along the way. These colorful indicators are signal that you’ve landed on Route 66!

Whether you’re looking to ride on a piece of history or just want to enjoy a ride with beautiful scenery, we can assure you that everyone gets their kicks on Route 66! 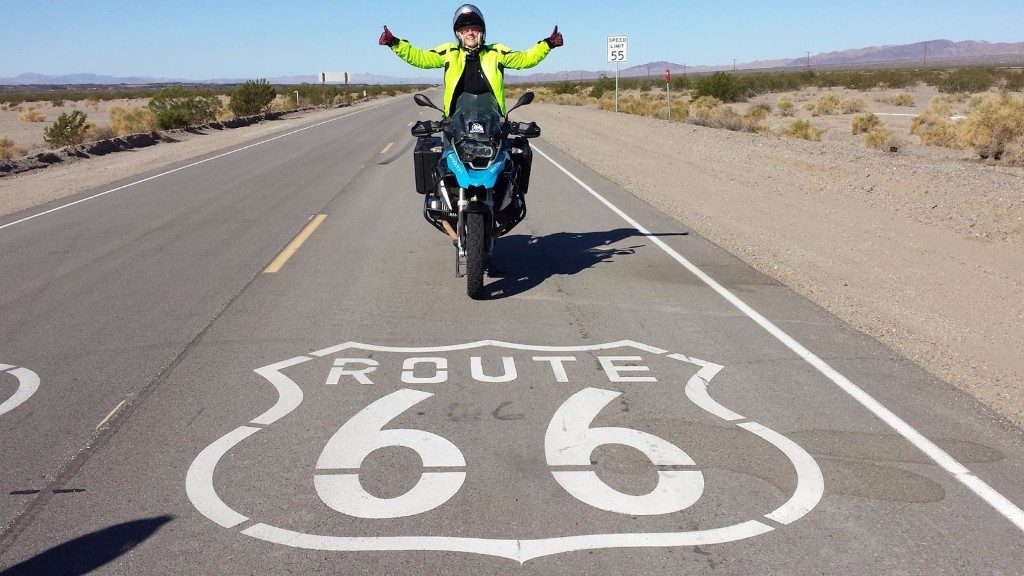 Sign up for our Wonders of the West Adventure, offered twice a year in March and November. This trip features some of the best riding that Southern California has to offer, along with highlights like Las Vegas, the Grand Canyon, Death Valley, and of course Historic Route 66!

Join our American Southwest Adventure, which is also offered in March and October each year. In addition to Historic Route 66, this itinerary takes riders through some of the most spectacular scenery in Arizona, Colorado, Utah and Nevada with stops at several National Parks and Monuments.

For the do-it-yourselfers, Route 66 and the rest of the treasures that await in the Southwest United States are just a day’s ride from our Los Angeles area rental facility. Fly into Long Beach Airport, pick up a BMW GS or RT, Suzuki V-Strom, Honda Africa Twin, or Harley-Davidson and take a ride back in time.