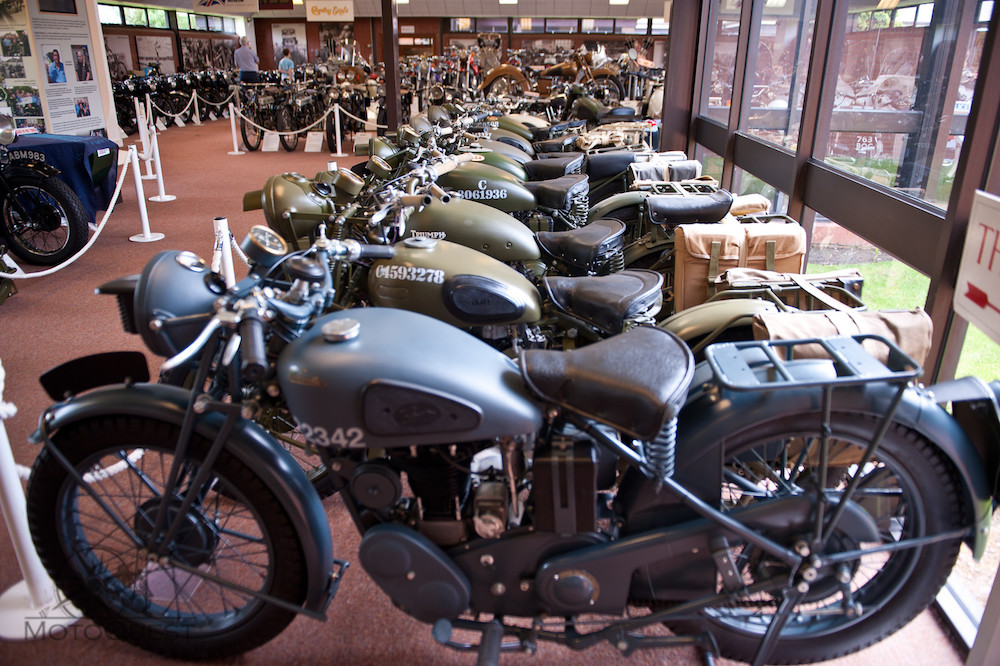 As lifelong motorcyclists, we here at MotoQuest are naturally drawn to any and all attractions around the world that feature pretty much anything with a motor. Add to that “gearhead” mentality an affinity for history and cultural significance, and it becomes clear why we make a point of visiting any motorcycle, automobile, or even aviation museum when exploring a new country or region by motorbike. In this piece we take you on a virtual tour of some of these museums that we visit on MotoQuest Adventures around the world.

One would hardly expect that a stroll through a motorcycle collection could be a highlight on a trip that includes grandstand seats and paddock access at a MotoGP race! But the Honda Collection at Twin Ring Motegi Raceway is the cherry on top of this spectacular adventure that combines the thrill of racing with Japanese culture and cuisine. This museum, on the grounds of the famed race track, opened in 1998 and houses an impressive collection of consumer and racing oriented artifacts.

It’s no secret that Japan is a motorcycling nation. With some of the world’s most prominent bike manufacturers, a rich legacy in Superbike racing, and a healthy population of moto enthusiasts, the two-wheeled culture sets the tone nicely for our Japan Three Island Tour. A favorite stop on this trip is at the Iwashita Collection in Yufu, Japan, which displays hundreds of vintage motorcycles from all over the world in a beautiful building accented by stained glass windows, chandeliers and old movie posters. You may or may not spot a glimpse of collection’s enigmatic owner, Mr. Iwashita, but you’ll have plenty else to look at in this fascinating museum. 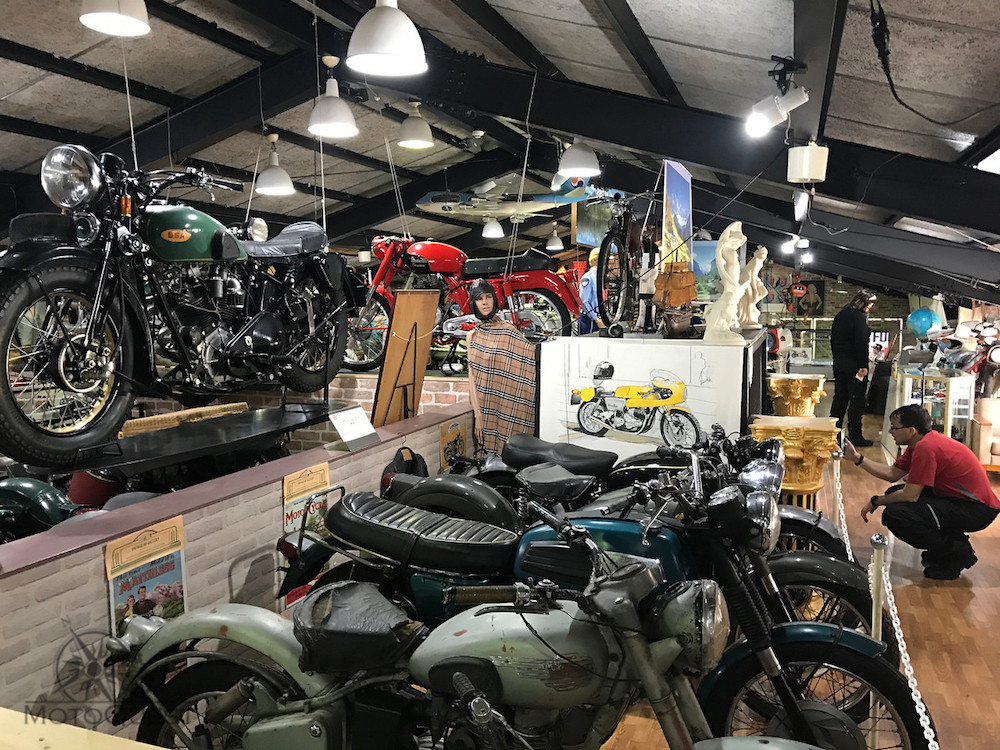 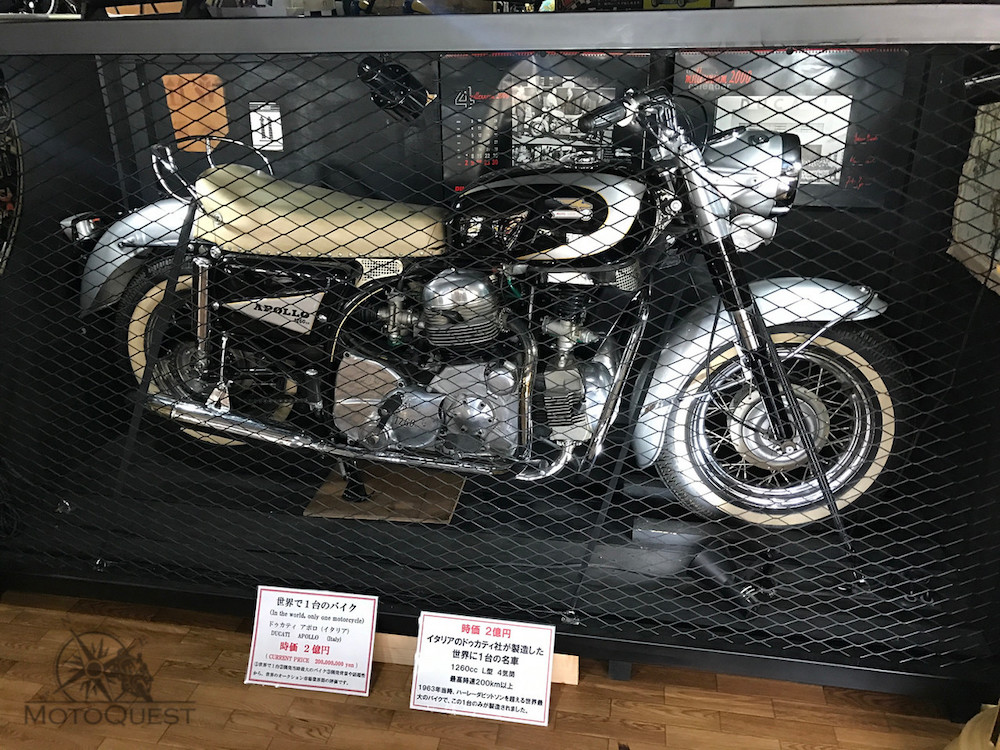 Another prominent collector is Mr. Nakano, who displays a wondrous collection of classic BMWs — along with other vintage motorcycles, old juke boxes, Coca-Cola memorabilia, and pretty much anything else — at his restoration shop. A Flat Twin Club member, Mr. Nakano restores vintage BMW motorcycles that are brought to him from all over the country. MotoQuest Founder Phil Freeman met Mr. Nakano many years ago and has had the pleasure of traveling with him around the world: “I have traveled all over the world with him and he was one of those travel companions that was always up for an adventure, willing to help out. No matter what happened on the road, he had a sparkling smile on his face. To see him for so briefly just one time a year was bitter-sweet, but in life, even if you have a second to spend with someone, you should savor it.” 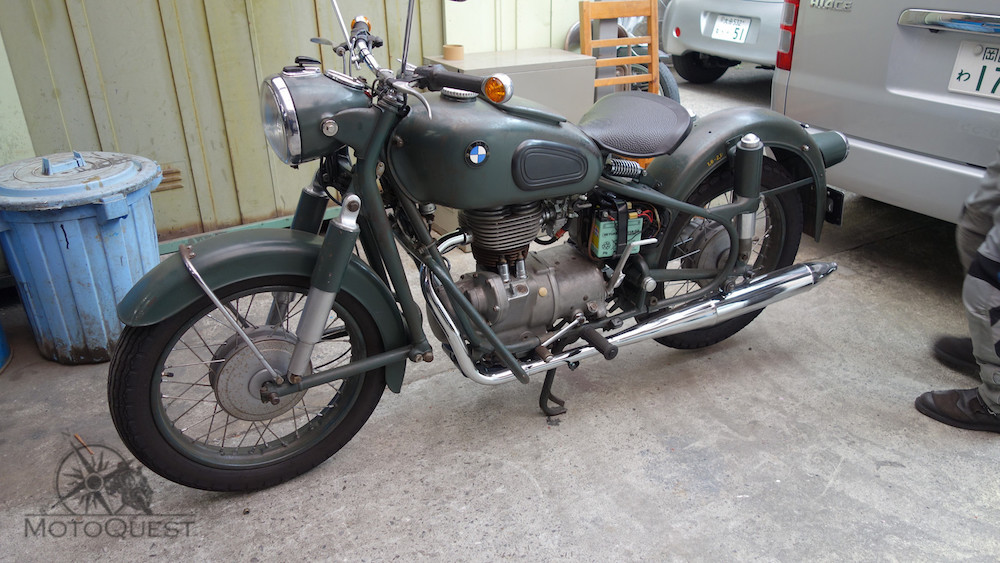 Britain has a rich motorcycling history, producing some of the world’s most beloved motorcycles as well as some of the world’s most successful racers. It’s no wonder then that the National Motorcycle Museum is recognized as Britain’s finest and largest collection of motorcycles. Started back in 1984 with 350 bikes, the Museum now hosts over 1,000 machines from 170 different manufacturers, making it the largest motorcycle museum in the world! On a trip that lets riders witness the adrenaline rush of the Isle of Man TT race, there is little letdown in browsing a collection of this magnitude. 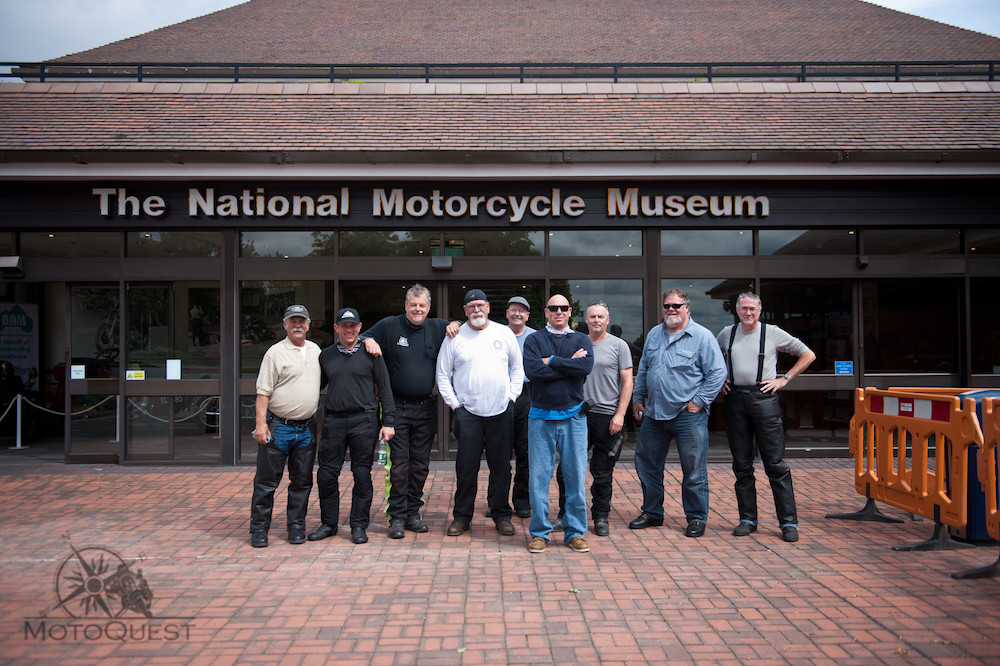 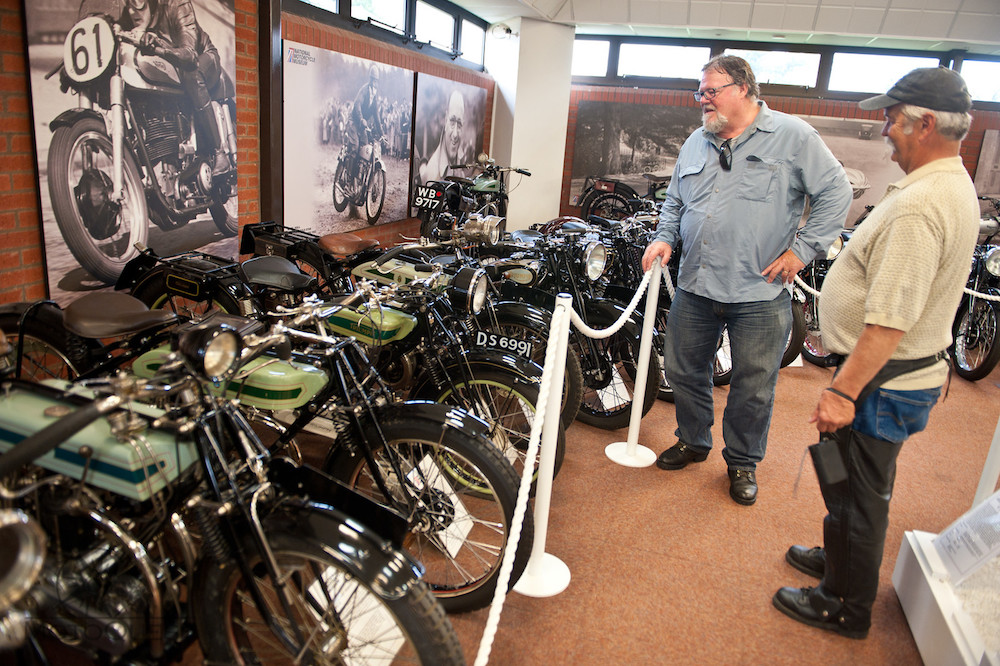 Where there is motorcycle racing, there is bound to be a museum. That’s especially true of the Isle of Man, home of one of the world’s most notorious racing events, the annual Isle of Man TT. The A.R.E Motorcycle Collection is actually located on the TT Course and is a must-see for any riders passing through. Built on the grounds of the historic Old Vicarage house, this collection houses more than 100 bikes from brands like Triumph, AMC, BSA, Vincent, Moto Guzzi and more. This museum also serves as a restoration facility, so if you visit more than once you will definitely see something new! 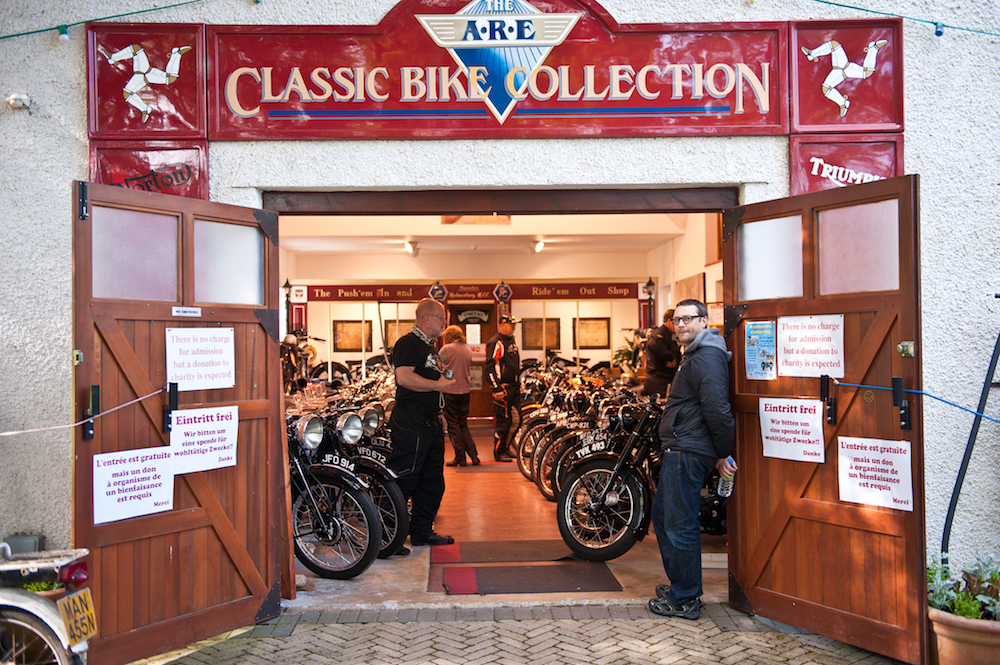 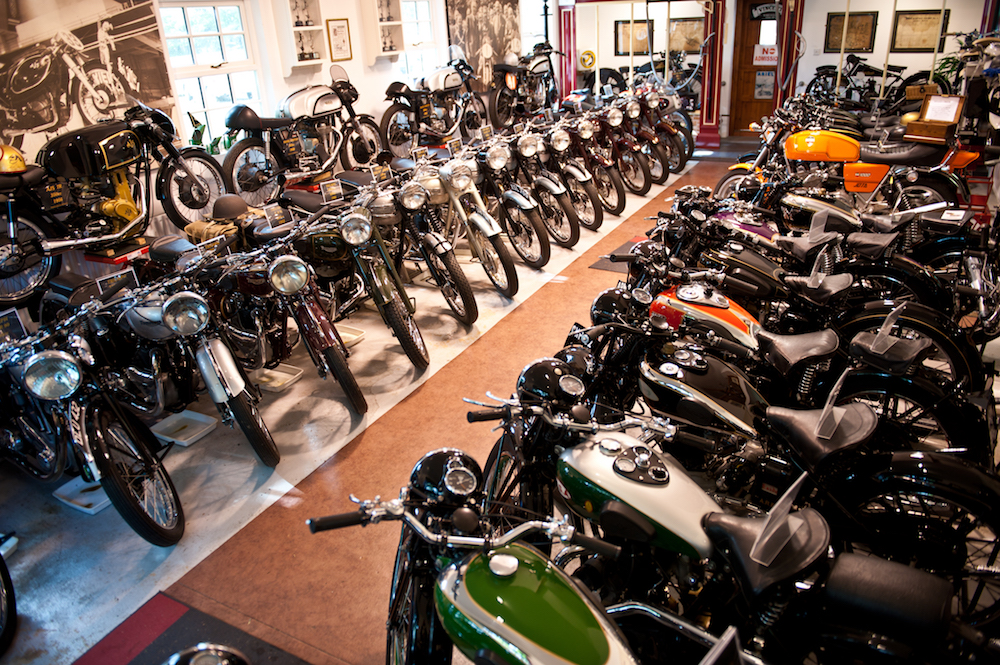 It’s a bird, it’s a plane, it’s…the Evergreen Aviation and Space Museum! While this is a bit of a departure from our favorite two-wheeled machines, most gearheads can appreciate the innovation and engineering evident in aircraft. The Evergreen Museum displays a number of military and civilian aircraft and spacecraft, and is known for housing the famous Hughes H-4 Hercules Spruce Goose. The Trail of Lewis and Clark Adventure is one of our more history-oriented trips, so a visit to this museum provides a touch of 20th Century history that was so important to the development of the Pacific Northwest.

The starkly beautiful landscape of the American Southwest may be the last place you’d expect to find one of the most pristine automobile collections on the planet. Gateway, Colorado is home to the Gateway Auto Museum, which displays dozens of the finest vehicles form the privately owned Hendricks Collection. More than simply displaying some nice cars, though, the Museum aims to tell the story of how the automobile impacted society through a visual and educational experience. 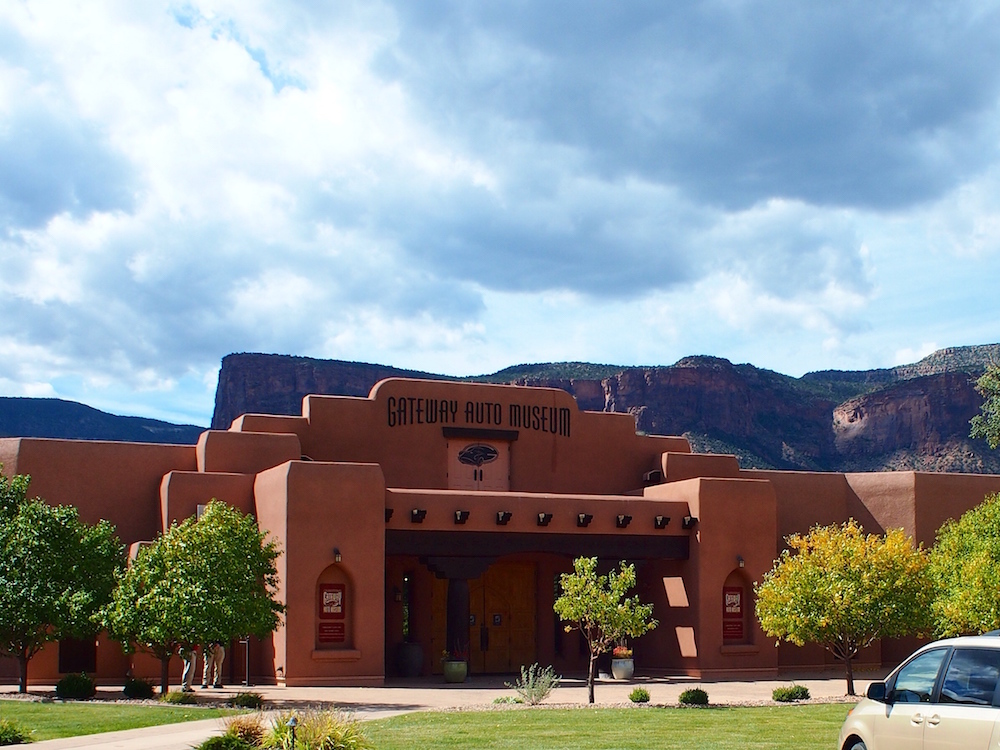 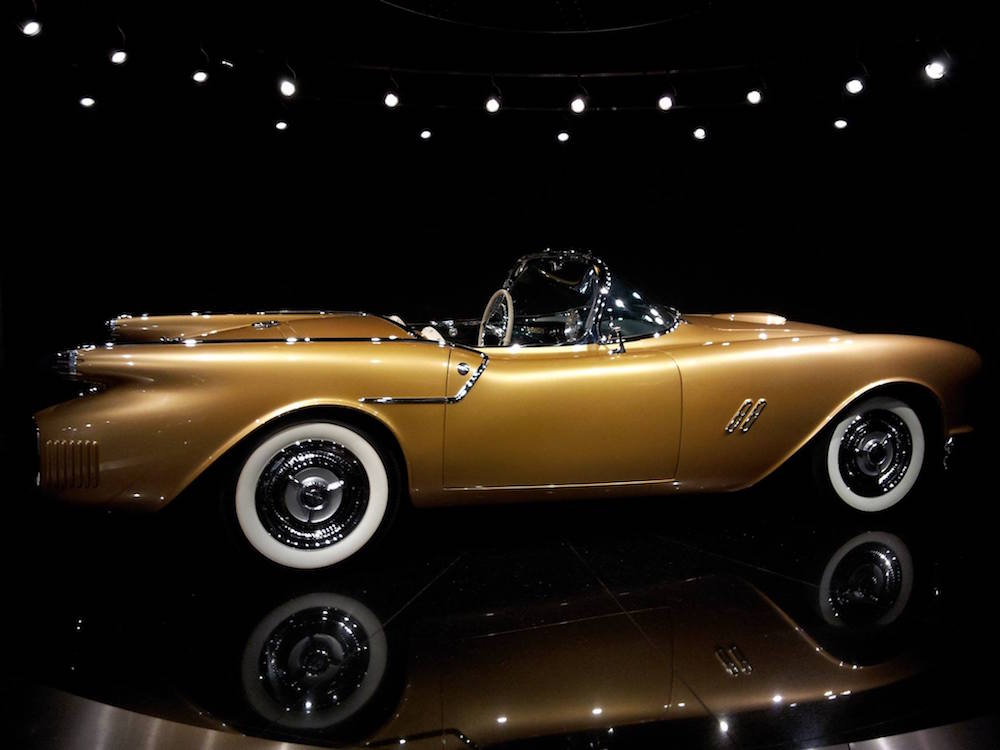 Perhaps the most unlikely museum of all that we visit is the Auto Museum Moncopulli in Chile. As riders on our Patagonia End of the Earth Adventure make their way down through the Andes of Chile and Argentina, they will come upon the second largest Studebaker collection in the world. 20 minutes east of Osorno, out in the middle of nowhere, you will find Bernardo Eggers Reccius’s collection of more than 70 Studebakers from the 1930s-1960s. 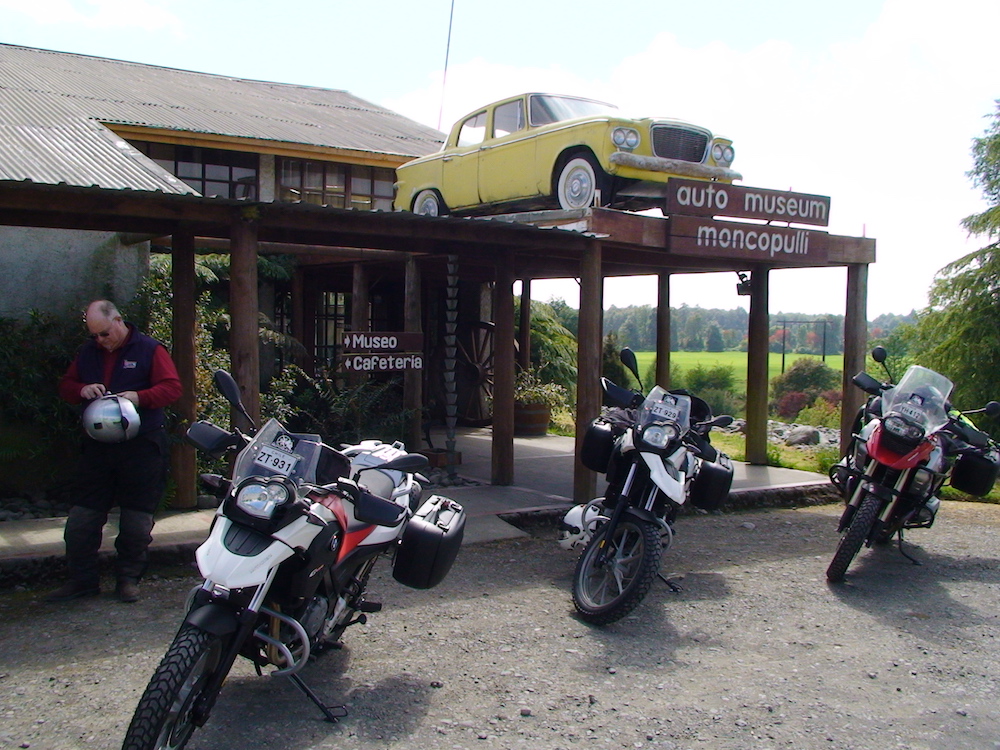 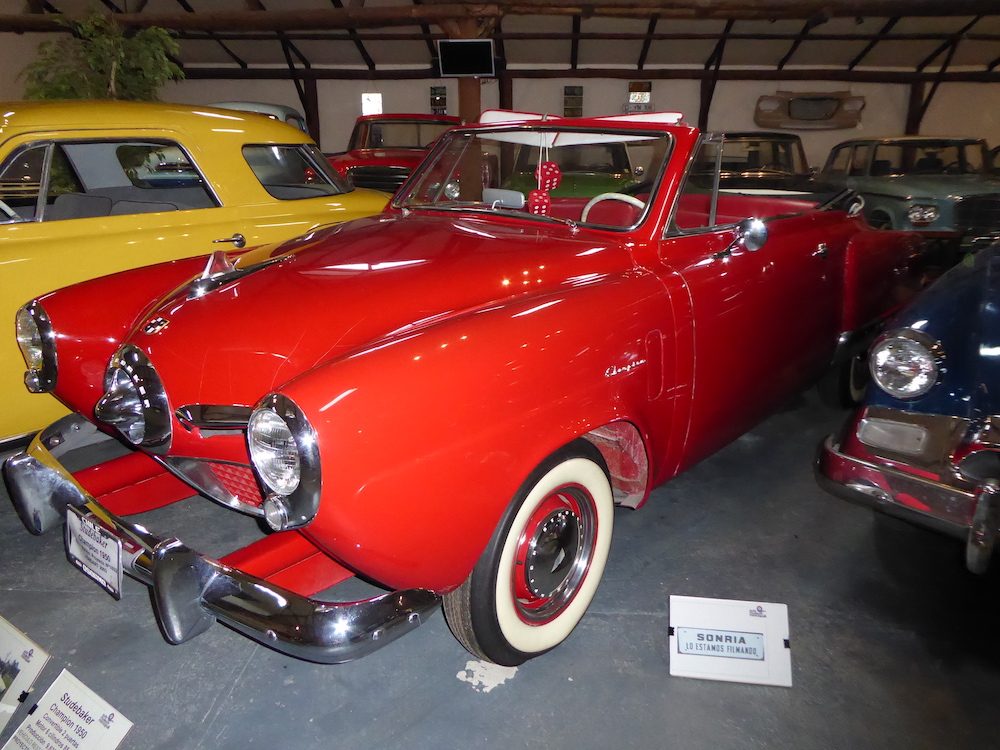