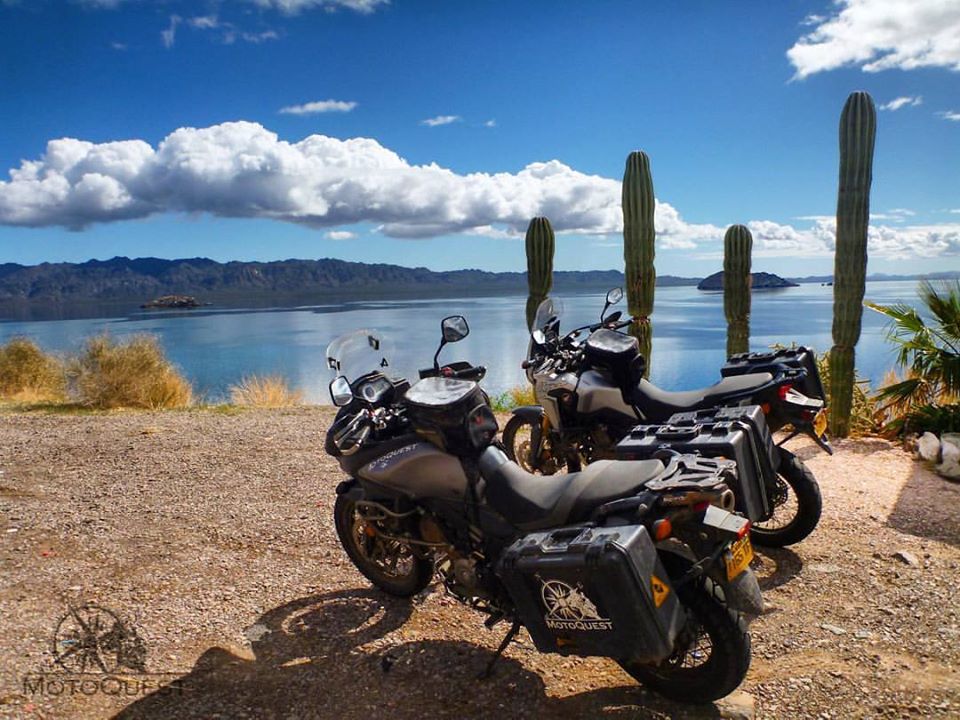 Baja California, Mexico, has long been a place surrounded in mystery and wonder. Every year, tourists and adventure seekers alike flock to its blue shorelines and white sand dunes. We at MotoQuest are no strangers to this magical landscape, since we run both northbound and southbound tours to Baja every year. What makes Baja the ultimate riding experience? We’re taking a look at where to eat, where to stay, and the rich riding history that surrounds this truly magical place.

The Making of a Motorcycling Mecca

This iconic desert race started way back when Jack McCormack and Walt Fulton of American Honda decided to hold a long-distance run to prove the reliability of Honda’s new CL72 Scrambler. The pair approached well-known off-road dirt biker Bud Ekins for suggestions on the perfect spot for the race. Bud proposed a route from Tijuana to La Paz, which was 950 miles of rocks, sand washes, dry lake beds, cattle crossings, and mountain passes. The team decided on the route and they began the journey to La Paz on March 22, 1962. While being followed by two journalists in an airplane and using telegraph offices at the Mexican border and in La Paz, Dave Ekins recorded the first official timed run in 39 hours and 56 minutes, with a total distance of 952.7 miles. Multiple publications covered the event, including Cycle World, and the record earned respect in the industry for Honda and the new Baja run. The National Off-Road Racing Association, or NORRA, named the event the “Mexican 1000 Rally” and announced that the first official race from Tijuana to La Paz was to be held on November 1, 1967. In 1971, it was renamed the “Baja Mil” or Baja 1000. Today the Baja 1000 is still one of the most popular and thrilling races in the world. 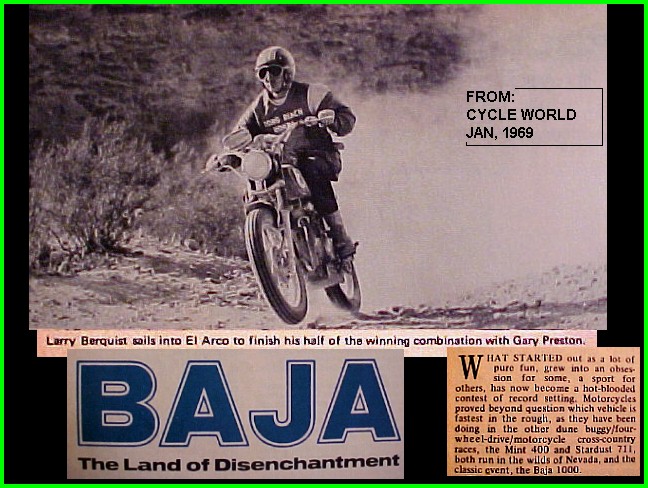 It’s almost impossible to think about riding in Baja without the Steve McQueen movie On Any Sunday playing in your mind. The famous 1971 film followed motorcycle racing legends like McQueen and Kenny Roberts Sr. as they broke ground in the sport, filming some scenes on Baja’s sandy terrain. One iconic scene in particular—Malcolm Smith rides across the dry lake bed—has inspired an entire new generation of riders. 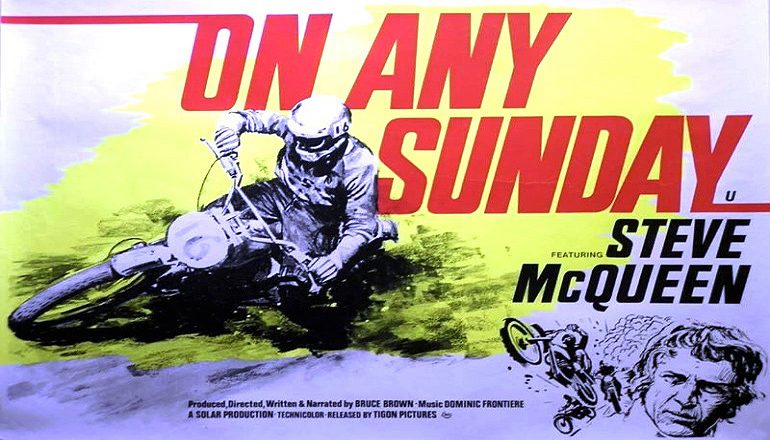 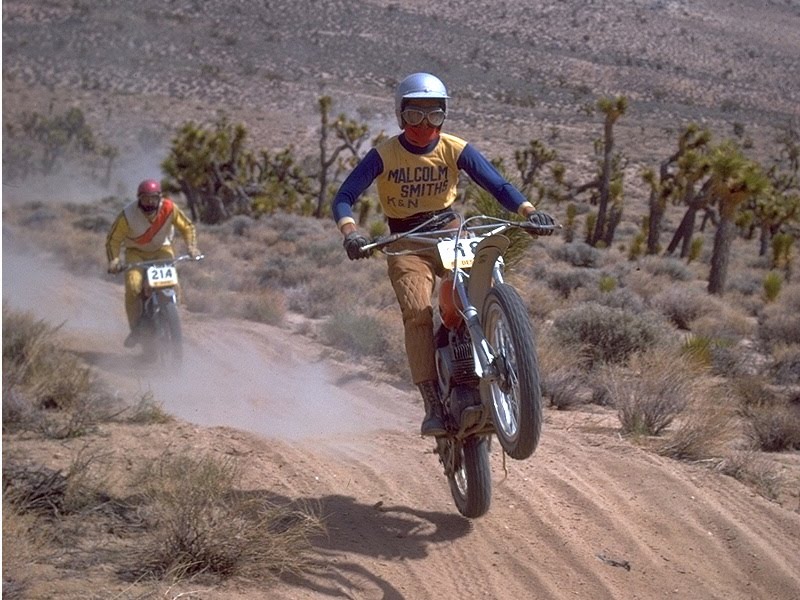 Some riders in that new generation, like Spurgeon Dunbar of RevZilla’s Common Tread magazine, had been dreaming of Baja for years. Spurgeon decided it was time to explore Baja for himself and took a MotoQuest bike down to Baja last year. “I grew up reading about Baja. The dirt and the sand—it was such an elusive place, just like in On Any Sunday. Years went by, and I still had never made it down there. That’s when I had the realization of a goal. Going to Baja was something I had always wanted to do. Now, 15 years later I finally made it there. It’s a magical place, it’s not modernized. It’s still like going back in time. Fishing villages, no wifi—it feels like you’re in a whole other world.” 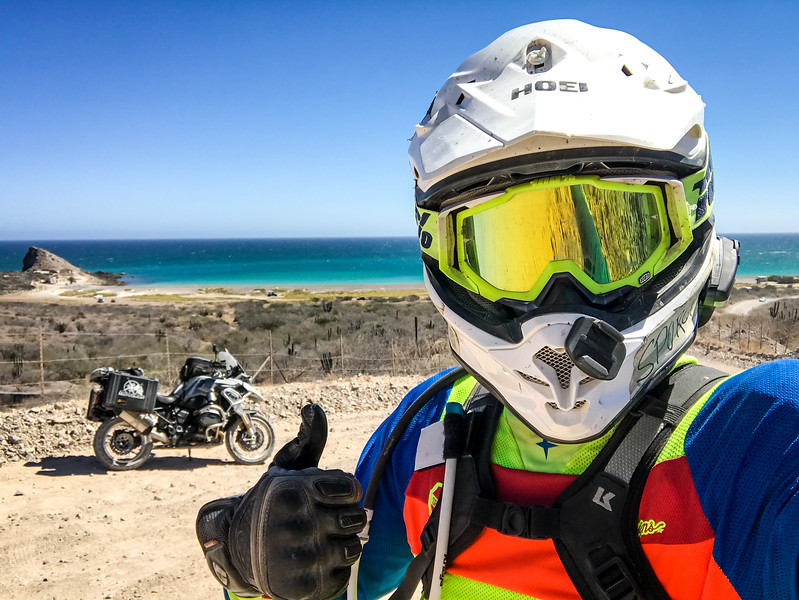 Once you finally make it across the border, there are a few incredible places in Baja worth mentioning.

Where to Eat
Mama Espinoza’s: A must-stop after a long day of riding is Mama Espinoza’s, for a famous lobster burrito and a cold drink. Anita Peña, also known as Mama Espinoza, began cooking food for travelers back in the 1930s and serving them from her very own house. Then in 1967, she opened her own restaurant and named it Mama Espinoza’s. This was the same year NORRA organized the first Baja 1000, placing the first checkpoint at Mama Espinoza’s restaurant. Since then, over forty years’ worth of motorcyclists and off-road cars have stopped for a bite and left photos on the walls. Eating at Mama Espinoza’s is like taking a trip back in time! 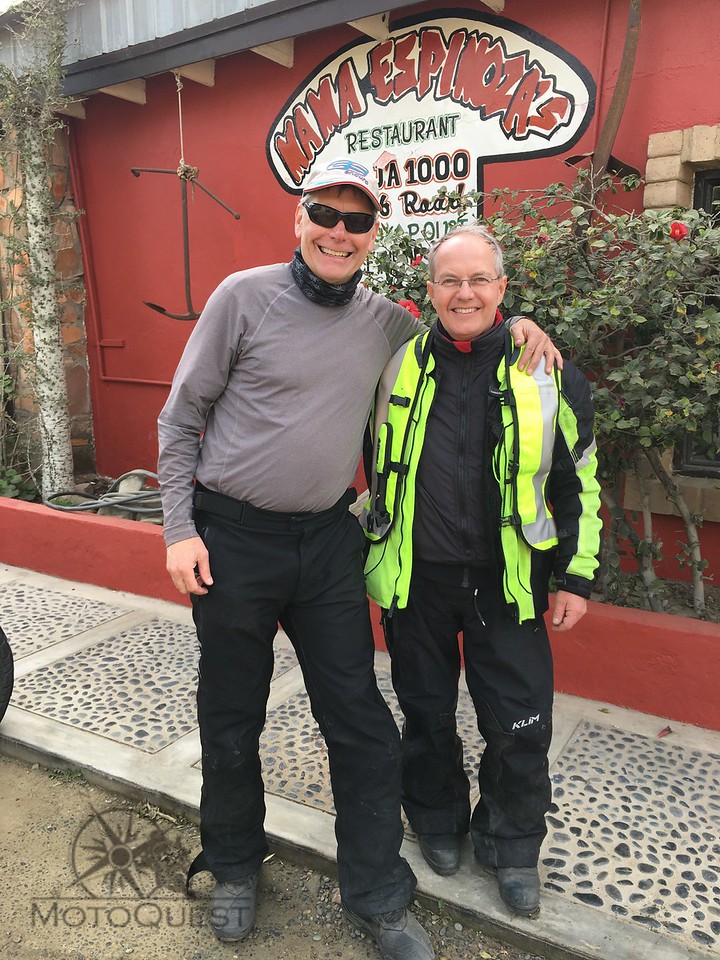 What to Do
An absolute must when in Baja is a trip to the town of San Ignacio. Located on Mexican Federal Highway 1 between Guerrero Negro and Santa Rosalía, the town is known for having more palm trees than people and fewer than 2,000 inhabitants. With beautiful landmarks and a rich history, the town of San Ignacio is a place where time stands still. This is also where MotoQuest invites its riders to get up close and personal with some very special creatures. During both our northbound and southbound trips in February, San Ignacio becomes the wintertime sanctuary of the Pacific gray whale. Females and their calves seeking the warm waters make these whale-watching tours unlike any other, giving you the chance to actually touch these magnificent animals.

Where to Stay
Once in San Ignacio, we stay a night at the famous Ignacio Springs. This unique resort is made up of a series of yurts, based on the Mongolian-style accommodations used by the nomadic people to move around the desert. There is something very special about the energy of a circle, and we at MotoQuest find it to be one of our favorite spots to stay the night while traveling through Baja.

Where to Ride
Whether you want to channel your inner Steve McQueen or take in the beautiful ocean scenery, Baja offers something for every rider. MotoQuest’s Baja tours take you along the main routes, with plenty of paved roads and warm ocean breezes. For those looking to get in the dirt, Baja offers some of the best off-road trails designated by NORRA.

For those riders that prefer to go their own way, MotoQuest offers a variety of rental motorcycles ready to venture into the Baja sunshine. Whether you’re looking to take a BMW GS or Honda Africa Twin into some classic Baja off-road terrain, or you just want to cruise the highways on a BMW RT or Harley-Davidson touring bike, MotoQuest will help you make your very own Baja motorcycle adventure come to life!