Ever wanted to get lost in the majesty of Japan? Composed of nearly 6,900 individual islands, this showcase of Mother Nature is littered with truly unique landscapes, much of which remain largely untouched by modern society. Nearly 127 million people occupy this small 146,000 square mile mythical volcanic creation, and the intimate nature of The Land of the Rising Sun presents the perfect opportunity for exploration, where our founder Phil Freeman has been leading motorcycle adventures for more than 15 years. 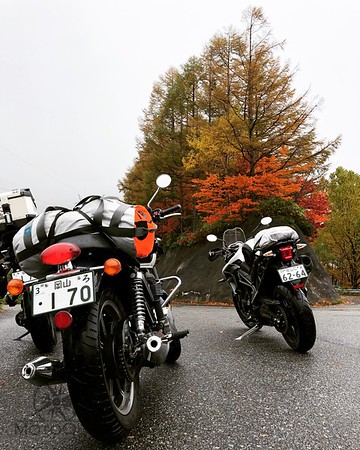 The allure of Japan is something that can be difficult to put into words and while many are left speechless, virtually everyone returns in search of more. Our two founding adventures are the Three Island Tour, where the blooming cherry blossoms leave you spellbound, and the Hokkaido Explore, highlighted by the open roads and breathtaking scenery of the country’s northernmost island. Only two spots remain for our 2019 Hokkaido Explore so contact us today to secure your spot.

On these adventures, riders are able to revel in all the accouterments Japan has to offer the motorcycle traveler, from natural hot springs, rugged mountains, and coastal scenery, to delectable roads and food steeped in rich tradition. Did we mention the food? Ohh the food! 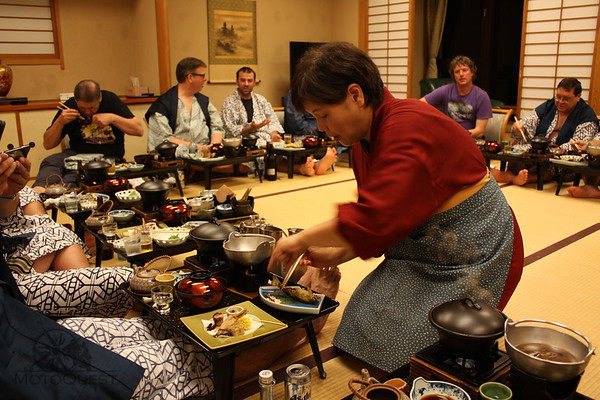 These two adventures are world class, but our founder has always wanted to show one more magical aspect of Japan – the fall colors. Anyone fortunate enough to visit Nippon in the fall knows that as the heat of the summer gives way to more balmy temperatures, you become transfixed by the vibrant pelting of browns, yellows, oranges, reds, and greens that surround you every step of the way. Phil’s steadfast desire to share one of nature’s spectacles on this charming island nation with you, his fellow rider, coincidentally aligns with a spectacle of the motorcycle variety – MotoGP’sannual Grand Prix of Japan. The chance to see the fall foliage AND watch the world’s best riders? It’s a perfect stroke of luck in a country where fortune is an integral part of the culture, and from it spawned our 13-day Japan MotoGP Adventure.

Japanese culture is enshrined in tradition, where the isolationist ideals of the ancient Edo period blend with modern Western influences to create an enchanting environment that mesmerizes your curiosity and pushes you down a path of discovery. That journey is the focal point for this mid-October tour, where you’ll experience the epic and mountainous coast along the Sea of Japan, the tranquil beauty of the Japanese Alps, the sacred wonder of Mt. Fuji, the slow and peaceful pace of Shikoku Island, and of course, the energy of Motegi, home of the Grand Prix at legendary Twin Ring. 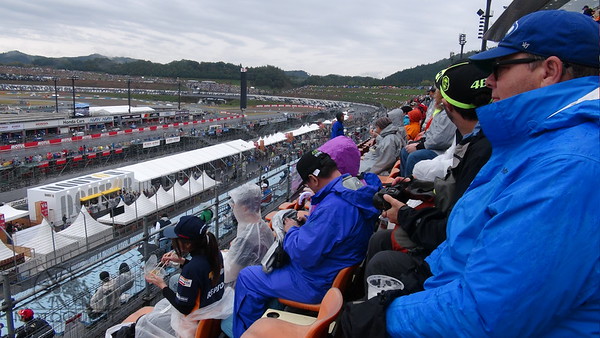 Our adventure brings you to the cusp of the traditional autumn season in Japan, and by placing an emphasis on riding through the mountainous regions of the archipelago, we put you in peak season to witness the stunning colors that blanket this lush landscape. In fact, 73% of the country is mountainous, so you’ll find yourself cascading up, down and around some of the most magnificent roads the motorcycling world has to offer.

We’ll begin our adventure on the central island of Honshu, Japan’s biggest and most populous, visiting ancient towns as we hug the coast and cut through the Alps, which bisect the island with imposing peaks that stretch as high at 10,000 feet. We’ll ride well over 100 miles a day as we inch closer to the highlight of the adventure in Motegi, bypassing several active volcanoes and taking a leisurely cruise down Japan’s picturesque “Romantic Road,” one of the country’s hidden gems that remains obscure to tourists due to its remote location.

The anticipation builds as we make our way into the Motegi region, at the base of the Alps, where you’ll witness some of the most stunning scenery in all of Japan. While Nikko may be small in size, it comes up big in splendor, serving as the gateway to its namesake national park that spans across four different prefectures. Nikko is considered to be Japan’s most mystical city, and as we pass through the area with the leaves changing colors there may not be a more perfect place to be than Lake Chuzenji. This body of water sits at the base of Mount Nantai and is surrounded by thousands of trees, feeding the equally incredible Kegon Falls, one of Japan’s highest waterfalls. If given the chance, a visit to Akechidaira Plateau will make you feel like you’re in a painting, providing a picture-perfect look at all three natural wonders.

Twin Ring Motegi awaits as we kick off the Grand Prix weekend. You’ll be given a first-class MotoGP experience over the span of two days. On Day 1, you can make the course your own during qualifying by checking out every vantage point of the famed circuit, and take a stroll through the pits to catch a glimpse of “The Doctor” Valentino Rossi and the sport’s current king, seven-time champ Marc Marquez. We’ll even pay a visit to the incredible Honda Collection Hall, which takes you on a trip through the history of one of the world’s most prolific vehicle manufacturers. On Day 2, we’ll be front and center, in the heart of the grandstands, to watch the battle for victory unfold. Thanks to the MotoGP dominance of homegrown icons like Honda, Suzuki, and Yamaha, this is one of the country’s most prestigious events, and you’ll be right in the middle of this annual celebration of Japanese innovation. 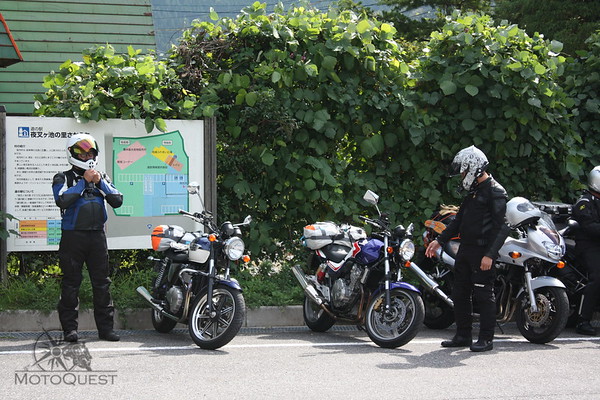 The adventure doesn’t stop once we say goodbye to the Twin Ring, as Japan’s most storied sites await on our ride down the eastern coast. Mt. Fuji’s towering presence and centuries of lore is simply too hard to ignore, so we’ll pay homage to the country’s most recognizable symbol with a climb to the highest accessible road near its summit. If the weather cooperates, you’ll be rewarded with a view that has inspired countless stories and ideas, including a little brand known as Nike.

We’ll continue to ride the coast until there’s no more land left, crossing the Pacific Ocean’s Kiisuido Straight to the island of Shikoku, Japan’s smallest and oft-forgotten major island. This land is encircled by a Buddhist pilgrimage route that covers more than 745 miles, and its distinct serenity provides a dramatic contrast to the buzz found on the country’s biggest island. Our adventure comes full circle with a return to Honshu, crossing the Great Seto Bridge, one of Japan’s newest engineering marvels that dates back to 1988. This 8.1-mile throughway is the world’s longest two-tiered bridge system and is reminiscent of California’s legendary Golden Gate Bridge and Bay Bridge with its towering arches.

At MotoQuest, it’s all about planning ahead, and for an adventure such as this with the Grand Prix of Japan, tickets need to be purchased no later than June. If you want to be a part of this exceptional trip, get on board as soon as possible. We limit our groups to 12, so if you want to be one of the select riders hypnotized by Japan’s beauty, register now, and pinch yourself later.

We genuinely hope you can join us. It’s an adventure you’ll never forget! 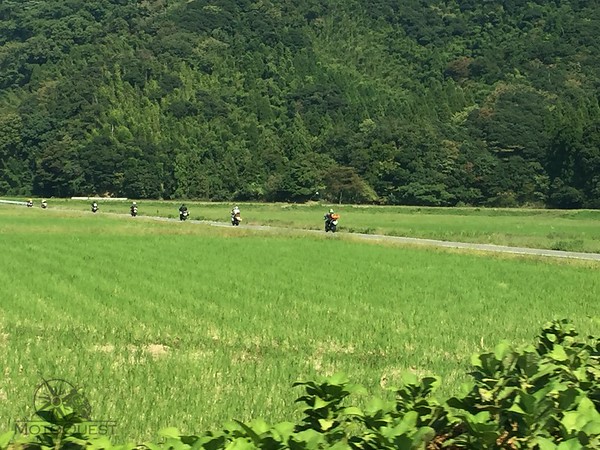