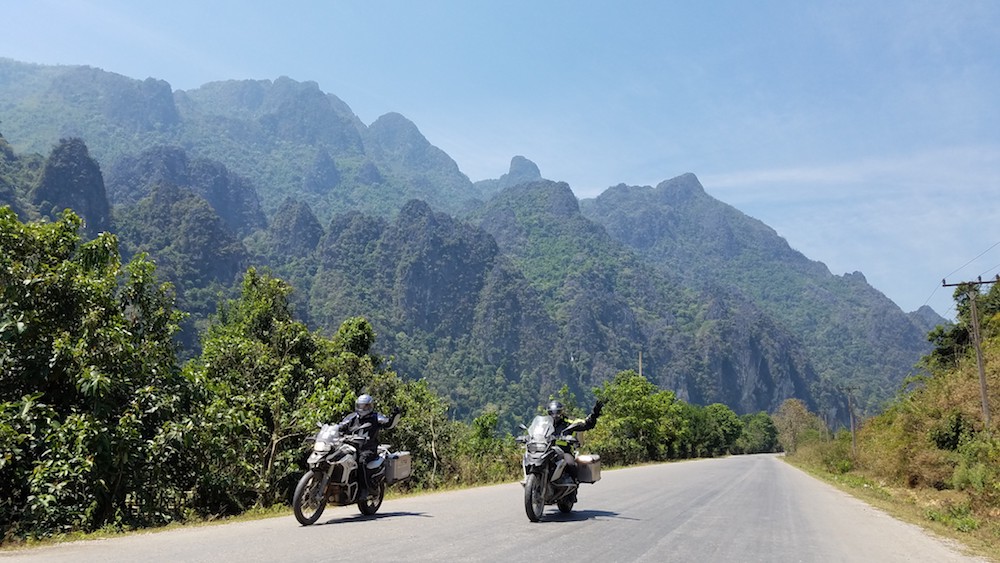 Every once in a while, a MotoQuest adventure comes along that takes riders through multiple countries. There are typically some subtle differences in culture, food, or dialect after crossing the border, but one trip in particular features some unusual diversity between neighboring countries: the Golden Triangle Scouting Trip.

The two countries in question on this trip are Thailand and Laos. The Golden Triangle Scouting Trip will take riders on a two week long journey through the northern parts of these countries, and what is striking about this trip is the vast differences between these two nations. Starting off in the city of Chiang Mai, Thailand, riders will find themselves in a modern city, with easy access to shops where they can buy whatever they might need. Restaurants and hotels are plentiful, and more than 300 Buddhist temples dot the landscape. 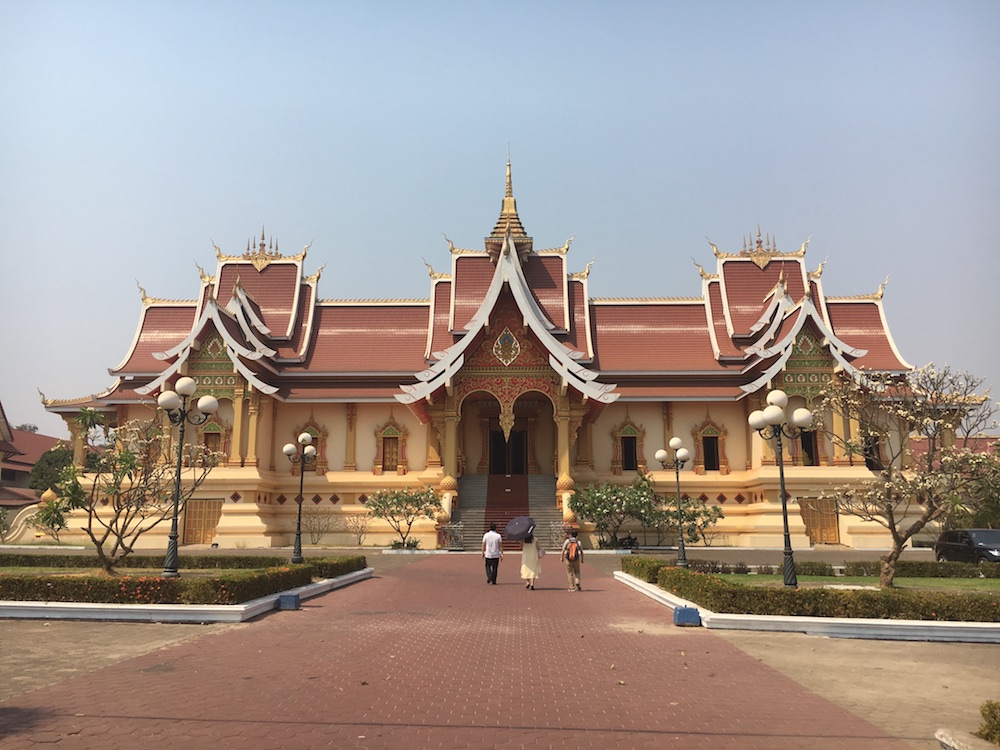 As the trip transitions to Northern Laos, however, riders will step back in time to a less modernized and less developed landscape. Many of the places that we visit here are more preserved, and offer a sort of rustic charm. 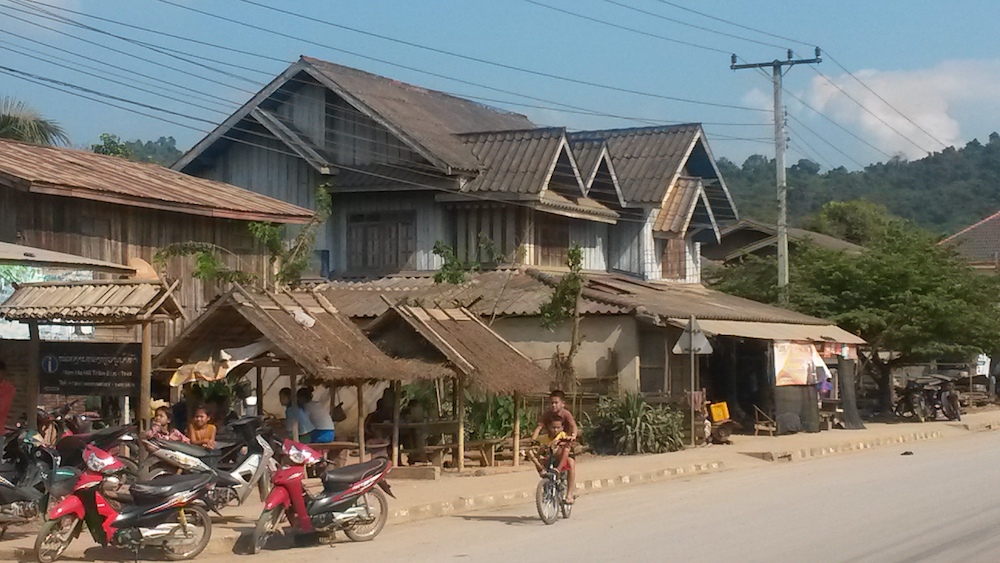 The modernization of Thailand can be traced back to the post-World War II era. Thailand signed on to the Southeast Asia Treaty Organization in 1954 and became an active ally of the United States. At this time the US government supported military dictatorships, and Thailand joined the fight against communism by participating alongside the US in the Vietnam War. This was a period of westernization and modernization as the American presence exposed the region to Western culture. The introduction of money from the Americans boosted the economy, which grew the service, transportation and construction industries. Many Thai people in rural parts of the country were drawn to cities in search of work, and the population tripled over the second half of the 20th century.

Thailand has struggled through a tumultuous political history since the 1950s, continually alternating between representative democracy and military rule. The latest coup occurred in 2014, and the nation’s 20th different constitution was ratified in 2016. Despite the political instability, Thailand has developed into a middle power on the global scale and boasts the second largest economy in Southeast Asia.

While the first bonafide highways were constructed as far back as the 1930s, the Cold War era rash of development certainly contributed to major leaps in infrastructure. We motorcyclists are the happy beneficiaries of these advancements, and will spend the last portion of the Golden Triangle Scouting Adventure traversing a portion of the famed Mae Hong Son loop. This route in Northern Thailand has become a destination for motorcyclists because of its smoothly paved roads, its plentiful curves, and the sheer beauty of the Thai countryside. 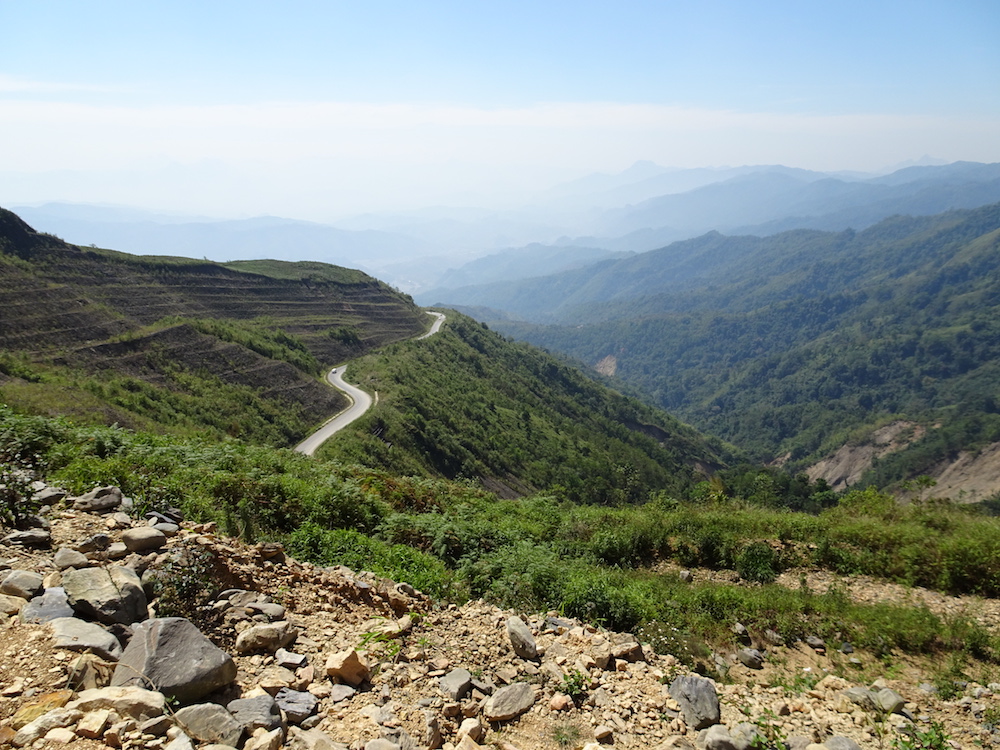 That’s not to say that Laos has not undergone modernization of its own. The nation was at one time three separate kingdoms of Champasak, Luang Prabang and Vientiane, the latter two of which are still major cities that we visit on this trip. Dating back to the late 1800s, however, France took control and united the three kingdoms into the country of Laos. After Japanese occupation in the 1940s and a recolonization by the French, Laos finally claimed its independence in 1953 with a constitutional monarchy. A long civil war ended the monarchy and communism took hold in 1975.

Laos is now a one-party socialist republic, with the controlling party dominated by military figures. In recent decades the country has begun an ambitious drive for development, looking to leverage the electricity generated by its massive rivers and to connect by rail to its neighboring countries. Laos is now one of East Asia’s fastest growing economies.

While modernization and development began much later in Laos than it did in Thailand, there are plenty of modern amenities and cultural attractions in major cities like Luang Prabang, Vang Vieng and the capital city of Vientiane. Still, visitors can clearly see evidence of the French occupation in many places where the colonial-era architecture remains intact. Luang Prabang is a UNESCO World Heritage City, known as the “best preserved city in Southeast Asia,” and its famous night market is a sight to behold. You can expand your horizons here by giving alms to the monks, visiting local caves and waterfalls, going on an elephant ride, or simply strolling the streets. 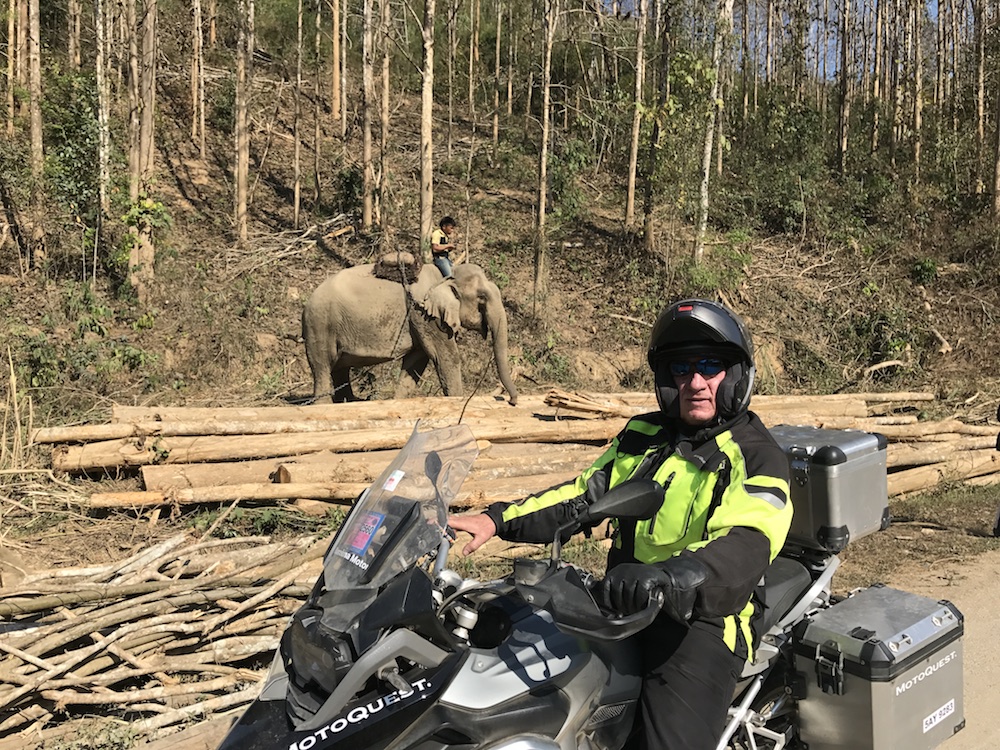 All in all, the Golden Triangle region has so very much to offer any traveler, from the food and culture to the architecture and enjoyable highways. Our Scouting Adventure begins on November 4, 2018. We still have a few bikes available, see the lineup below and contact us soon as these are first-come-first-serve!

Learn more about this trip, and get in touch with us today if you are interested in joining us this November!