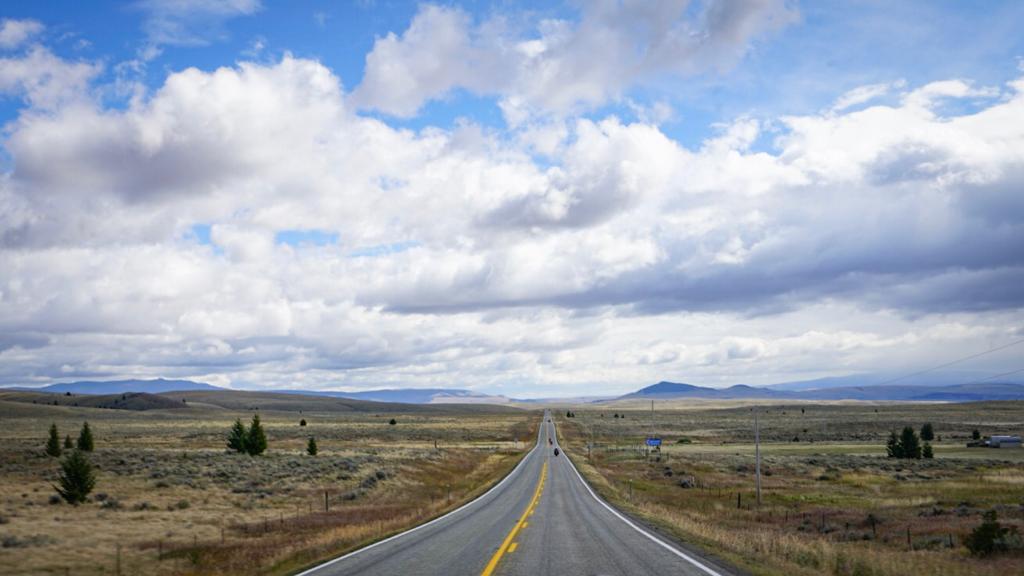 What do you think of when we say Lewis & Clark? Many would say early American explorers, but then don’t really know the incredible details behind their history-making expedition. What Meriwether Lewis, William Clark and their travel companions – dubbed “The Corps of Discovery” – accomplished at the turn of the 19th century paved the way for westward expansion. With our own love for exploration, we set out to discover an adventure worth a trip on two wheels. 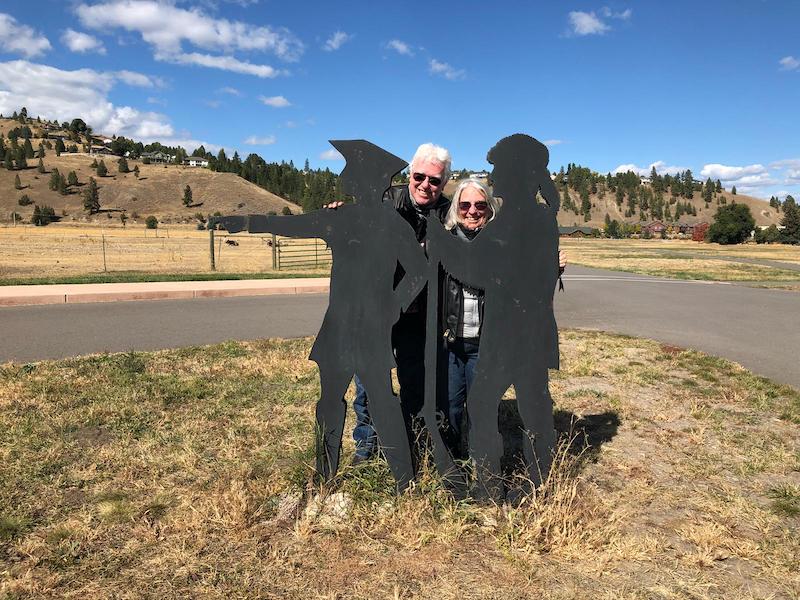 MotoQuest’s Phil Freeman was lucky enough to be friends with a former archeologist along the Lewis and Clark trail – Jim Kohl. With a passion for history and riding on two wheels, Jim and Phil worked together on the idea of an adventure that would encounter Lewis and Clark’s landmarks coupled with unforgettable riding from Oregon through Idaho to Montana and back through Washington. There were two criteria for the trip – include historical sites that would transport riders back in time and select roads that would be undeniably special to motorcycle riders. With that, the Trail of Lewis and Clark adventure came to life. 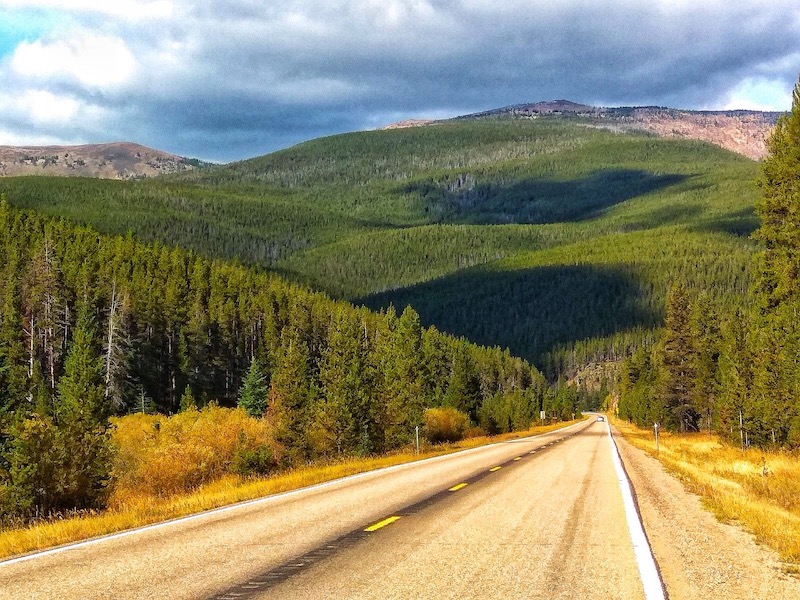 With the first-hand experience that Jim brought to the table, MotoQuest has been able to curate one of the most epic rides of the Pacific Northwest you will find anywhere. Having lived in Montana and excavated along the Lewis and Clark trail, Jim helped establish stops along the route that are scenic and historic, transporting riders into the past. Prior to the trip, we recommend our participants read through the book Undaunted Courage that goes through the details of this epic voyage to become familiar with the stops and why we chose them. The feeling of walking the very same steps taken by the Corps of Discovery is very profound. It truly is history coming to life. Just as the explorers crossed the continental divide at Lemhi Pass, you too will stand in the very place that generated the westward movement for the United States. If you want to fall in love with the west, this is the trip for you. 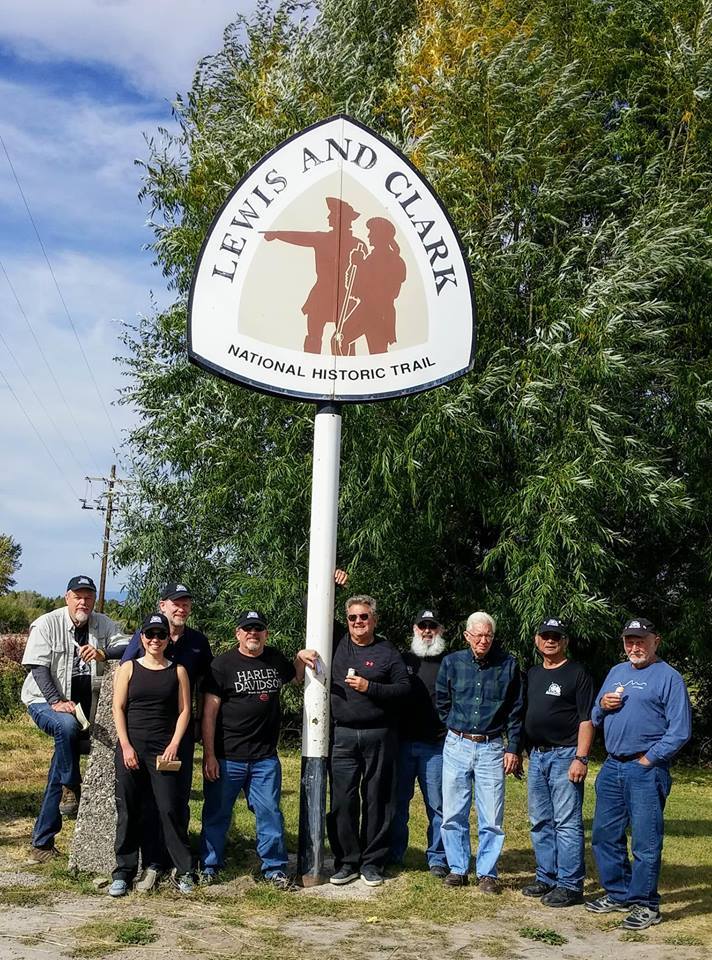 As the ride makes its way out of Oregon and into Idaho and Montana, the volume of historical sites starts to increase. On Day 7 from Salmon, Idaho, to Butte, Montana, riders will visit the Big Hole Battle Interpretive Center. You will be lucky to have Jim accompanying you for this journey as he will be able to regale you with expansive details about this battle between the U.S. Army and the Nez Perce tribe – who just 70 years earlier had been the saving grace of the Corps of Discovery. 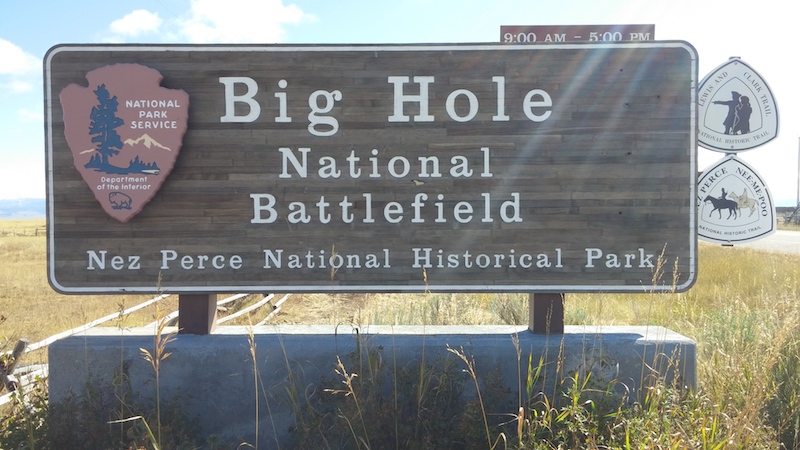 On the same day, riders will travel to Clark’s famous lookout. Here you’ll enjoy a gorgeous view of Beaverhead Valley and can retrace the steps of Clark as he surveyed the land around him. This includes getting the needed touristy photo of the three compass readings that Clark took on that day. 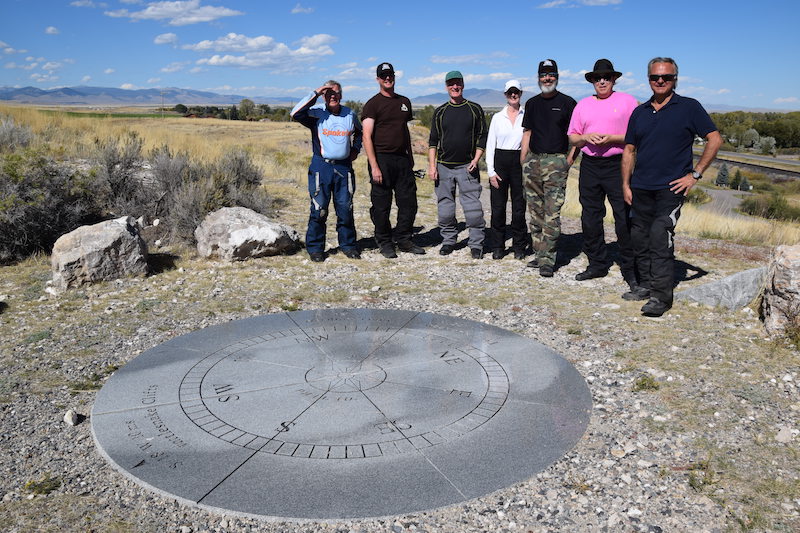 One of Jim’s favorite stops is in Butte, Montana. You would think this stop was his favorite because it’s in Montana where he is originally from, but Jim explains further why Butte is a must-see.

“Butte doesn’t necessarily tie into the Lewis and Clark trail, but it’s a place with so much history that you can feel right when you ride in. In the late 1800s – early 1900s, about 80% of the country’s copper was coming out of Montana. The town was booming and had a population of more than 100,000 people by 1900. With its expansion came new buildings and theatres – everything a town could offer. It was even called “Little San Francisco” in its heyday.

Once the boom died off and the mines started to close, most other cities underwent an urban revitalization and tore down a lot of its older buildings. But Butte did not. The building in and around the downtown area can easily take you back to life at the turn of the 20th century. We even have dinner in a cafe that is one of the best fine dining experiences you can find yet you’re not paying the prices you think you should for the experience. It’s truly a great place to visit.” 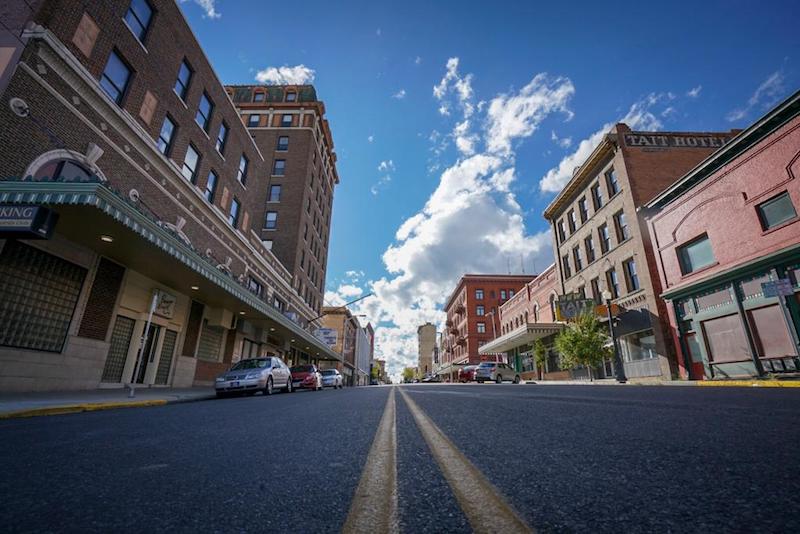 One of the final historical stops riders will encounter is a trip to Fort Clatsop, near Astoria, Oregon. Once the Corps of Discovery had reached the Pacific Ocean, they needed to find a place to live for the winter before heading back east. After three weeks of building a shelter, the group moved into their dwelling, designating it Fort Clatsop in reference to the local Indian tribe. When you visit, you’ll find it amazing that 30 people could survive a very wet winter in this place. 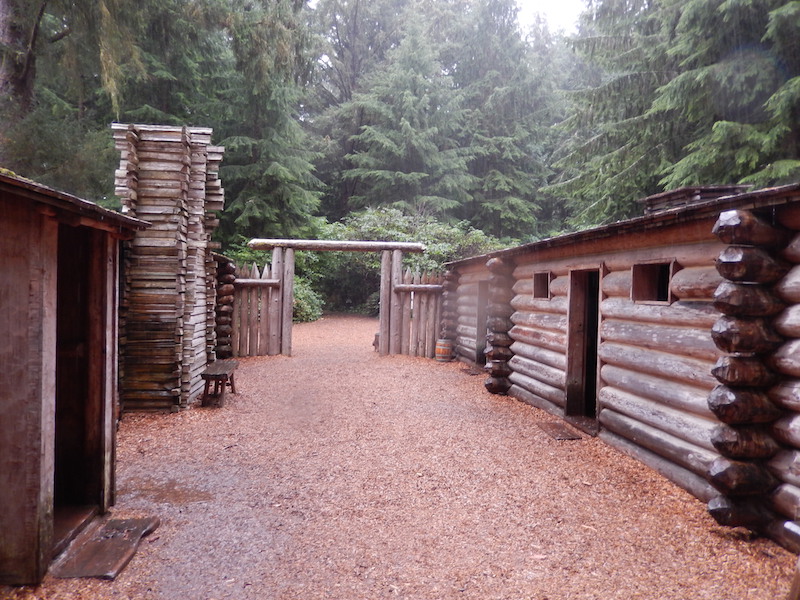 These are only a few of the stops that will leave you basking in the history and significance of what Lewis and Clark accomplished over 200 years ago.

You know we have the historical components covered with our resident historian Jim Kohl, but what about the riding? That was the second piece of this adventure’s puzzle and you better believe this itinerary will uncover scenery and twisty curves that will leave you breathless.

The ride starts out heading toward eastern Oregon and what Jim describes as, “possibly some of the best riding on the trip.” As you move along the journey, the route will take you along the quiet backroads to the rim of Hell’s Canyon where you will picnic at the shore of the Snake River. The river landscapes never seem to cease as you come to Payette River that will take you all the way to the Salmon River for a stop in Salmon, Idaho. 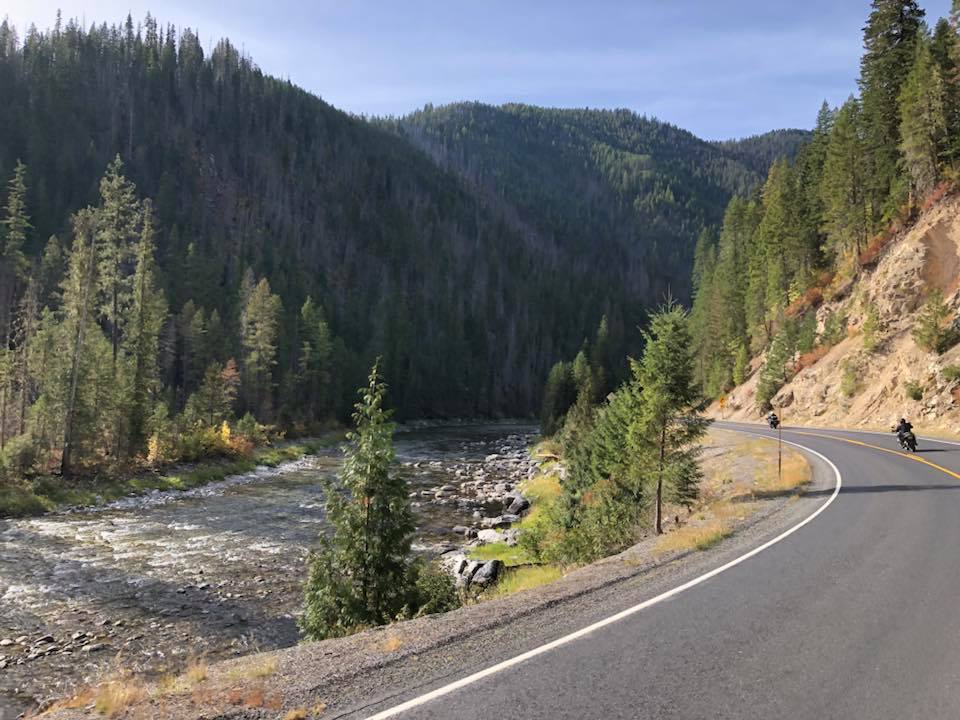 One of the highlights that many enjoy along this journey is the 99 miles of curves through the Lolo Pass. This stretch of road contains spectacular riding and views of the Lochsa River – yes another magnificent river. But all the river talk comes to a head when you set your sights upon the breathtaking Columbia River Gorge. As you make your way back toward Portland, the ride takes you along a long stretch that parallels the Columbia River. It’s miles and miles of sublime views. 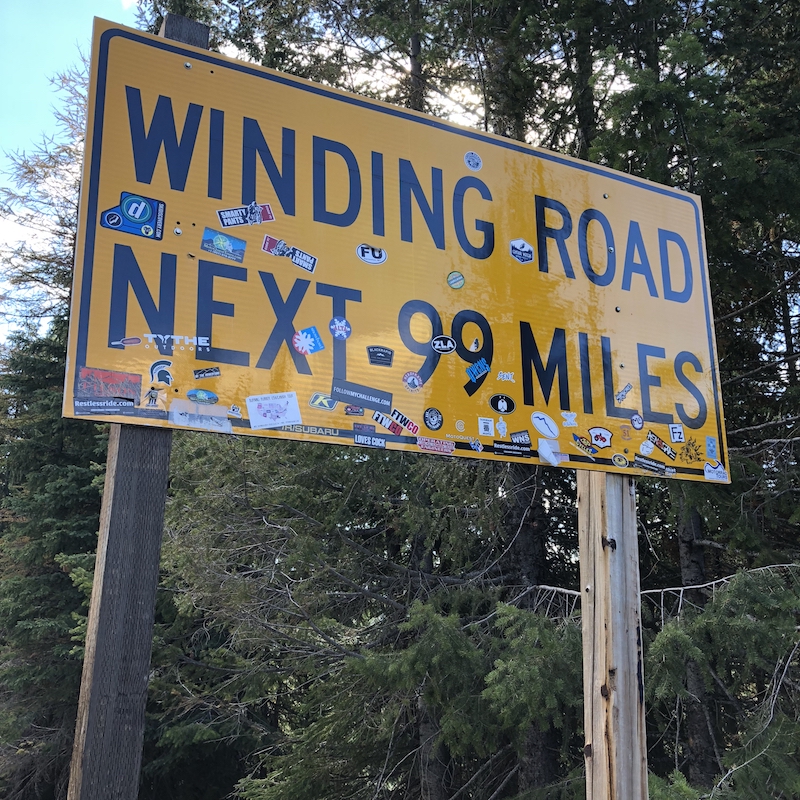 If all this history and unmatched riding is at all interesting to you, reach out to us today and we can provide you all the information you will need. The Trail of Lewis and Clark adventure is fast approaching, taking place this September 16 to September 29 – the perfect time of year for this region. 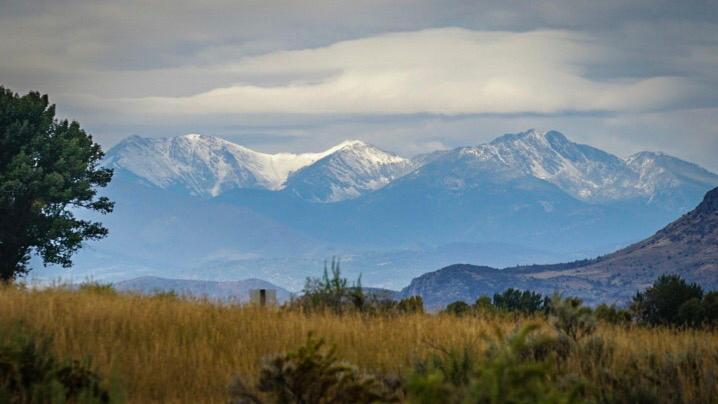 As quickly as the riding season began in Alaska, it will soon be coming to an end. There are still two chances to experience The Last Frontier in 2019 with our Northern Lights Adventure and Alaska Women’s Tour. The Women’s Tour only has one more room available, either as a shared room or single occupancy. This is an all-paved trip for female ridersand will start on August 3rd, so register online,  call or email us today if you are interested! 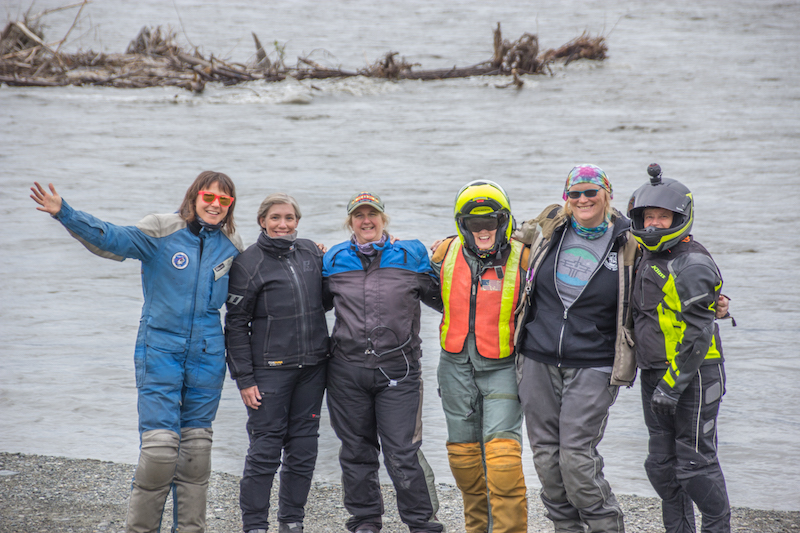 The Northern Lights Adventure will kick off on August 24 with a perfectly planned itinerary to get you on some of the most picturesque paved and unpaved highways, including Glenn Highway which is regarded as one of the top 10 scenic drives in the United States. A few spots still remain for this dual sport adventure – our last guided trip in Alaska this year – and it’s one you won’t want to miss if you’ve been itching to ride Alaska’s unforgettable dirt roads. 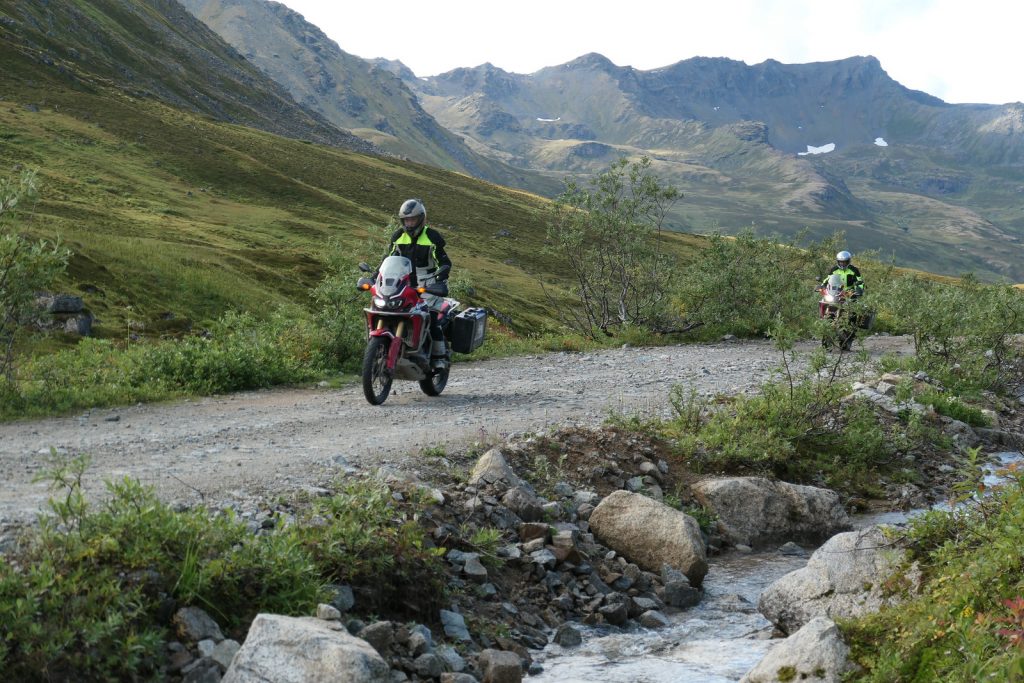