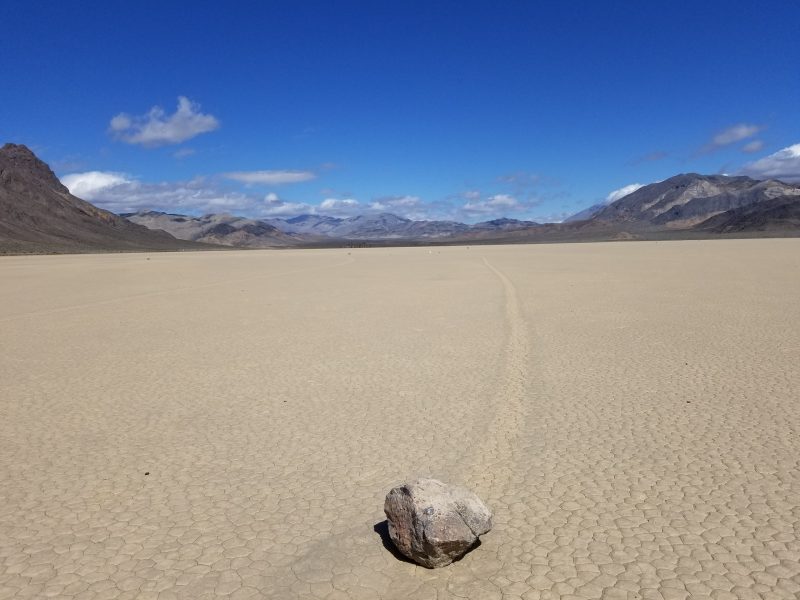 Brenden Anders, MotoQuest General Manager, is excited to share his favorite routes and sights while guiding our Death Valley Scouting Adventure in November 2020. Here’s what he has to say,

“I first visited Death Valley in May 2013 on a short deviation from our annual Pacific Coast Highway ride. Our small group stopped in Baker, California for fuel and drinks before heading North on 127 and eventually into Badwater Basin, 300 ft below sea level. Average daytime temps in May hover at the three digit mark. We were just passing through and off our scheduled route, so we had no time to look around. Average daytime temps in May hover at the three digit mark, and as we motored through the desert our speed did nothing to cool us down: it felt like we were riding straight into a massive hair dryer. After turning west at Stovepipe Wells towards the cooler Sierras, I continued to see dirt and gravel desert roads peeling off the main corridor disappearing into the horizon of this massive national park. The BMW GS I was riding would have been right at home out there, and I knew right away I would be back… when temperatures were reasonable, and I had more time.

I’ve logged half a dozen trips through the region since then, and am now familiar with many of those rambling desert roads I saw back then. I am pleased to invite riders to join us (during a cooler month!) on our first running of our Death Valley Scouting Adventure, where we will have three full days to explore everything Death Valley has to offer- including Titus Canyon and Racetrack Valley Road, path to the mysterious sailing stones- from a central location in Furnace Creek. Prepare to enjoy routes both known and unknown, and to go home still wanting a little more Death Valley. I always have. 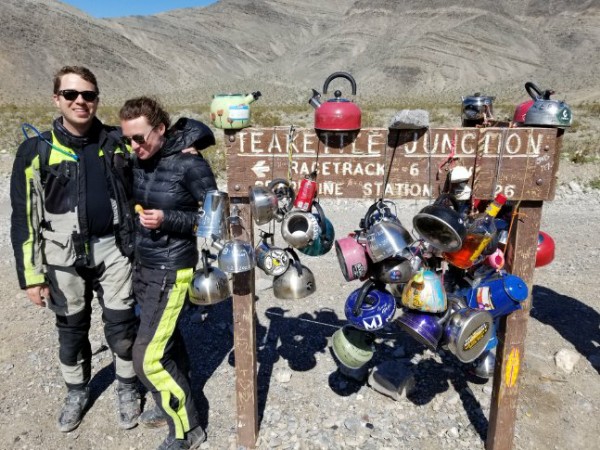 Within Death Valley National Park lies a dried lake bed known as Racetrack Playa spanning 2.8 miles in length by 1.3 miles wide. The ground sports an otherworldly mosaic pattern of interlocking polygons from those rare times when rain drenches the land and, having nowhere else to run off, evaporates. Most days, the playa is bone dry, with absolutely no vegetation. There is, however, a peculiar phenomenon researchers have been observing since 1915: the sailing stones.

You see, there are these 6- to 18-inch diameter dolomite and syenite stones, some weighing up to 700lbs, scattered along the southern region of The Racetrack with mysterious trails behind them. This gives us evidence of motion, but how? Each trail varies in length and changes direction, sometimes abruptly. There’s no sign of animal involvement, so speculation about the movement of these stones has ranged from scientific to supernatural. 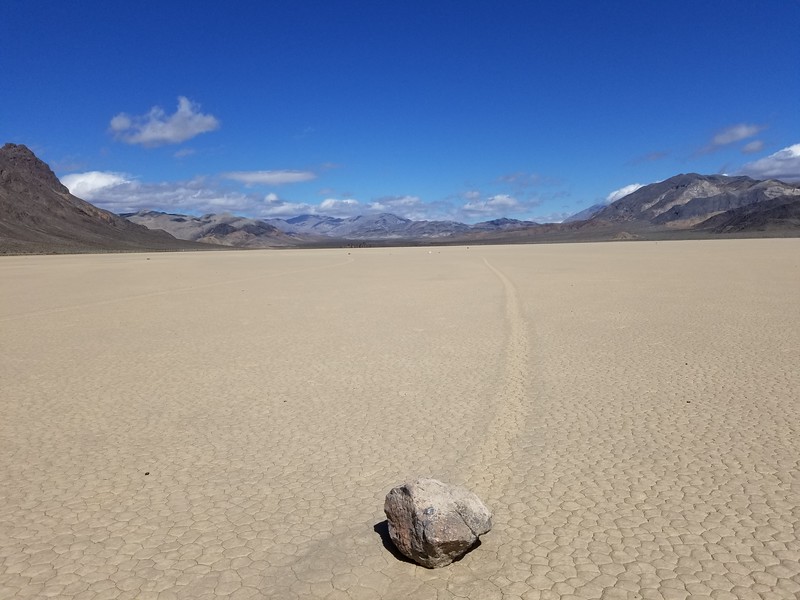 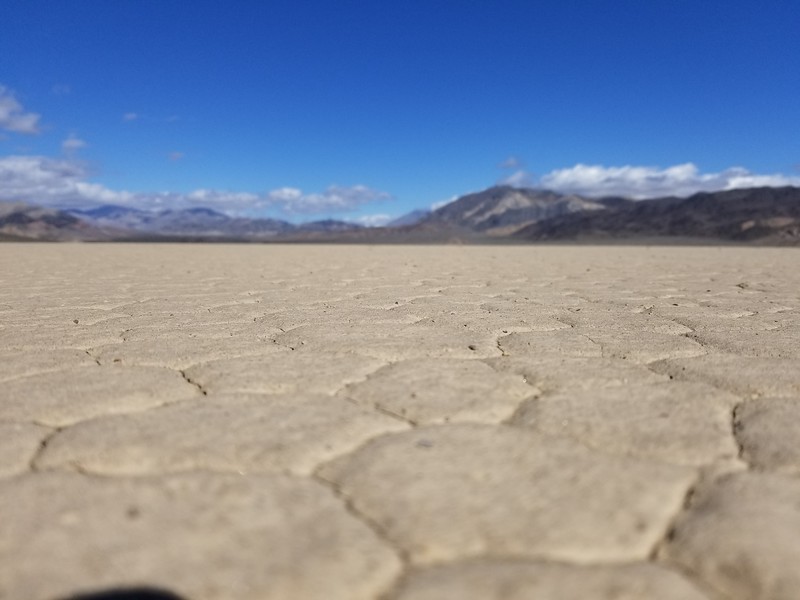 Spoiler alert: a study conducted in 2009 finally revealed the answer to this geologic mystery. When the rare rains would fall, the water would collect and sometimes freeze in the winter, providing a sheet of ice. Strong winds would blow these stones, which would skate across the frost, scraping the softened mud below, leaving trails. As the wind changed direction, so did some of the stones.

Riders on our Death Valley Scouting Adventure will have the opportunity to witness the evidence of this anomaly for themselves. The road out is unpaved and LOTS of fun to ride, and includes stops at Ubehebe Crater (777 feet deep and half a mile across, due to hydrovolcanic eruption) and the quirky shrine that is Teakettle Junction (an intersection where abandoned kettles with letters tucked inside await discovery, due to travelers possibly signifying a source of water nearby).

Yes, we’re also riding through Titus Canyon, a narrow one-way passage with dramatic scenery, colorful rock formations, and steep slopes surrounding us. We’ll also make our way down to Badwater Basin, meander along Artist’s Drive, head into the Mojave National Preserve and onto a smidge of Route 66, roll past Sheephole Valley Wilderness, and run through Joshua Tree National Park. That’s a whole lot of treasured U.S. territory in one week!

You ready to kick up some dust with us? 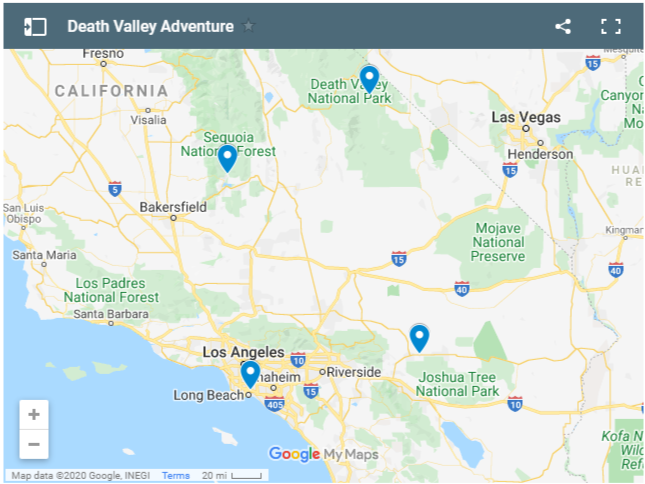