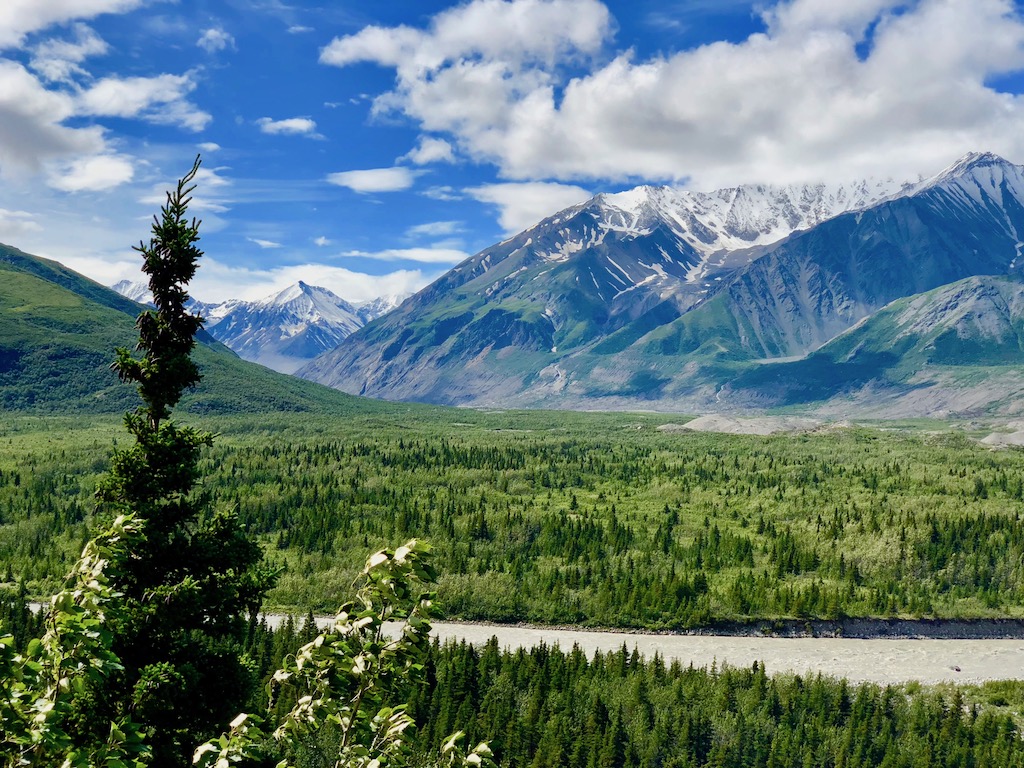 “It’s not like Alaska isn’t wilderness – it mostly is. But most Alaskans don’t live in the wild. They live on the edge of the wild in towns with schools and cable TV and stores and dentists and roller rinks sometimes. It’s just like anyplace else, only with mountains and moose.”

That was an excerpt from Tom Bodett’s novel, Norman Tuttle on the Last Frontier. If that name sounds familiar to you, it’s because you and every other American have heard Tom sign off every Motel 6 television commercial with “I’m Tom Bodett, and we’ll leave the light on for ya.” 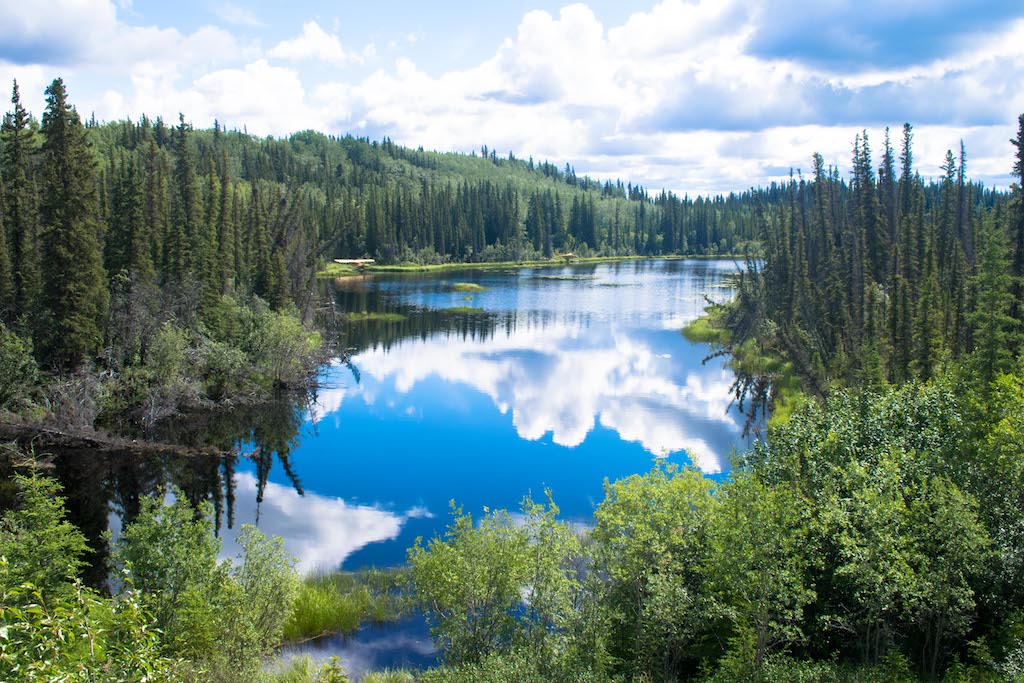 There’s some truth to Tom’s statement that most Alaskans only live on the edge of the wilderness. Alaskan cities and towns have apartment buildings, restaurants, dry cleaners – even a Motel 6 here and there! But there are also big box stores like WalMart that sell hunting gear and outdoor equipment, because whether the streets are lined with buildings or with hundreds of miles of wilderness, Alaska is wilder than anywhere else in America.

“To the lover of wilderness, Alaska is one of the most wonderful countries in the world.” – John Muir 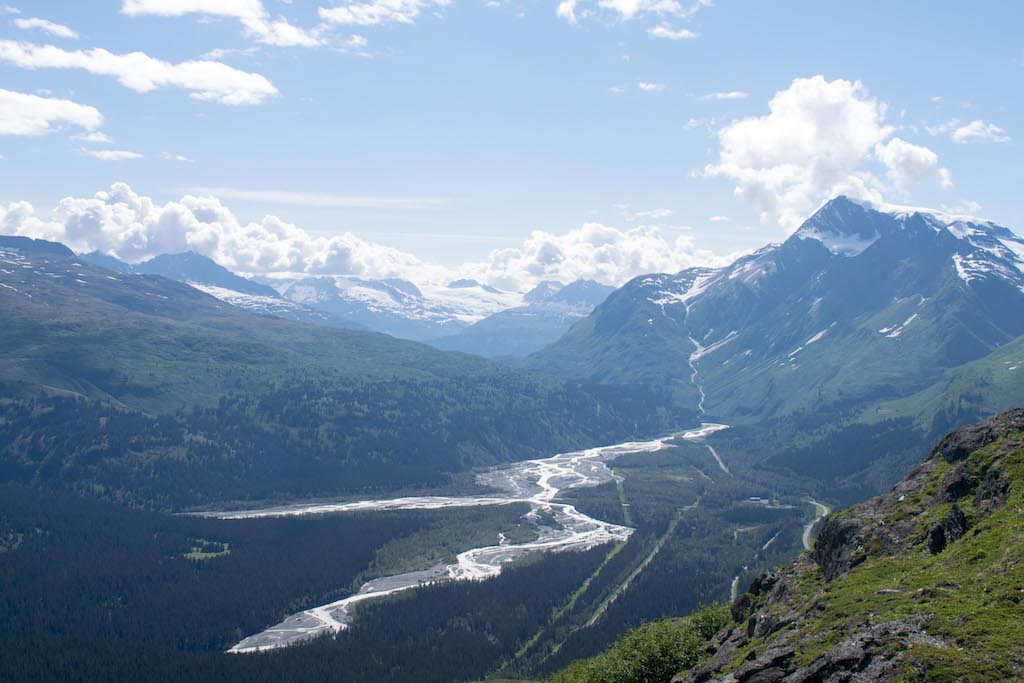 There is an overwhelming number of options when it comes to places to ride and visit in Alaska. That’s why we have curated each one of our guided motorcycle adventures to feature the best routes, restaurants, photo stops and lodges. Perhaps our most famous example is our Best of Alaska Adventure, which is called “Best of” for a reason! This all-paved ride is an excellent introduction to this great state and is the ideal trip for couples riding two-up. You can see a great amount of Alaska while sticking to the main highways, which we also do on our Alaska Women’s Tour. 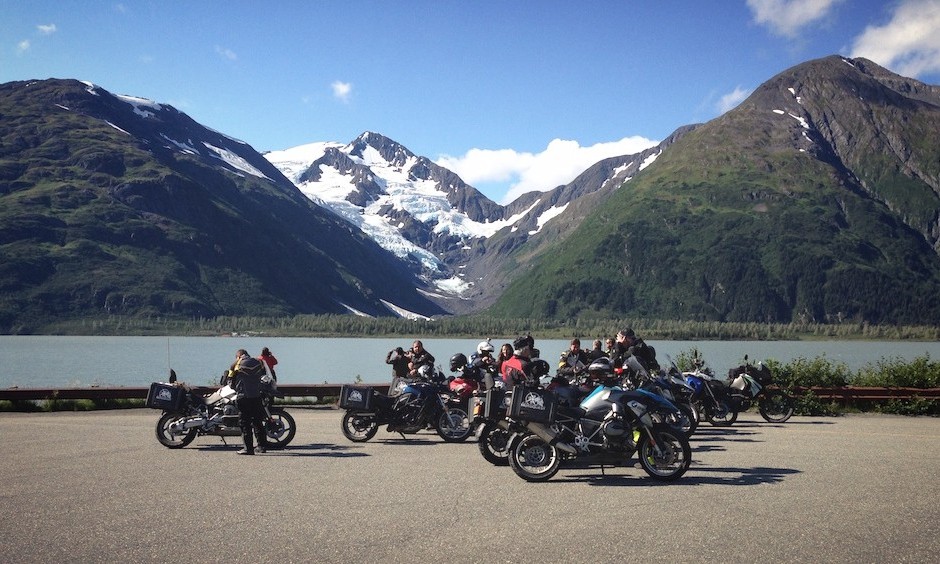 But as a native Alaskan, MotoQuest founder Phil Freeman recognized that there was so much more that his home state had to offer motorcyclists. So MotoQuest developed several guided motorcycle adventures to take riders a little deeper into the wilds of Alaska, venturing off the paved highways to experience a side of Alaska that few natives ever see.

“There is in every American, I think, something of the old Daniel Boone – who, when he could see the smoke from another chimney, felt himself too crowded and moved further out into the wilderness.” – Hubert Humphrey

Our Prudhoe Bay Adventure is one of our most popular trips, and for good reason. Traversing the state of Alaska by motorcycle exposes you to such an incredible diversity of landscapes. On our third day of riding you will pass through the Brooks Range to the North Slope, and witness the Arctic tundra firsthand. You might even think to yourself, “we’re not in Anchorage anymore.” 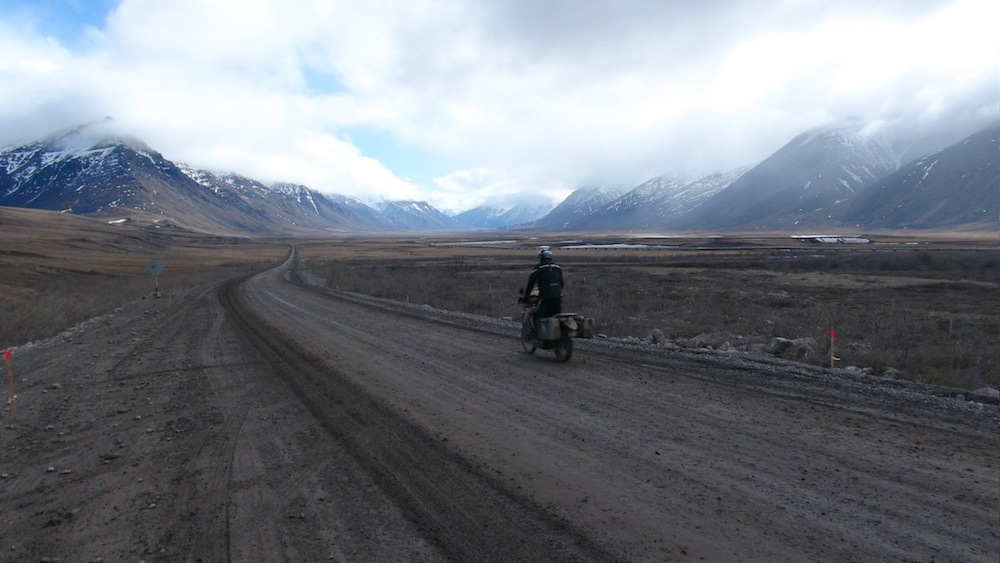 For riders with more off-road experience or who might be looking for more challenging riding, our Alaska Backcountry Explorer will deliver. There are countless miles of two-track trails in south central Alaska, and you will spend a week exploring some of those trails on the way to remote vistas that can’t be reached in a rental car. Just be sure to pack your waterproof gear as stream crossings are on the menu! 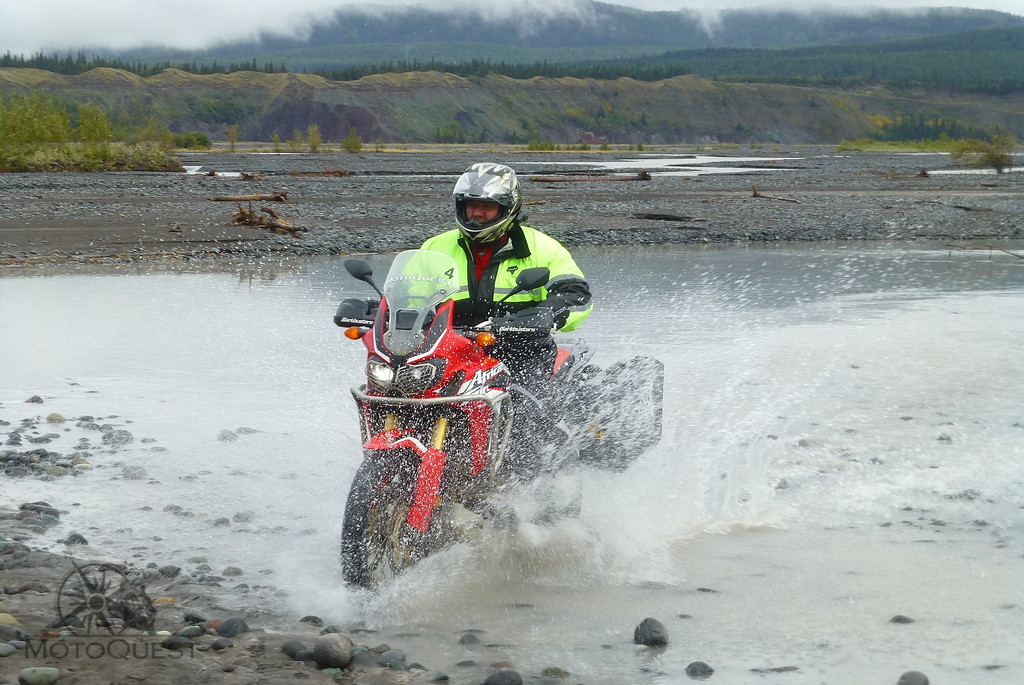 “The wilderness is healing, a therapy for the soul.”
– Nicholas Kristof

We close each riding season in Alaska with our Northern Lights Adventure. The end of August might bring cooler temperatures, but it also brings the incredible color change of the deciduous vegetation. This ride also features some off-pavement exploration, and since the sun will actually be setting for a couple of hours, you might be lucky enough to spot the magical aurora borealis! 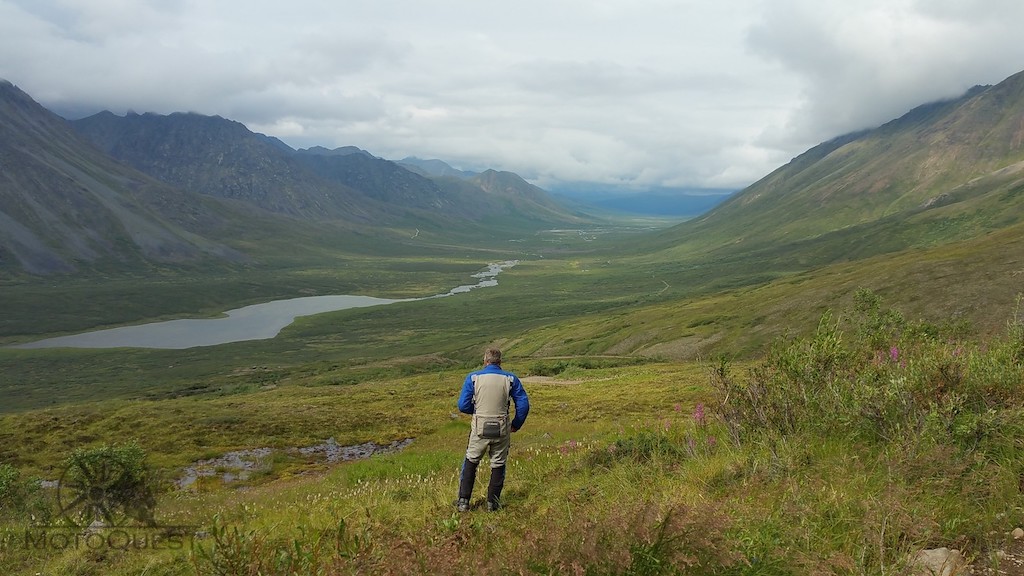 If your off-road skills aren’t up to snuff, then you’re in luck, because we are partnering with MotoDiscovery to provide the Alaska Wild ADV Training. This unique adventure will begin with hands-on coaching by Dragoo Adventure Rider Training and will segue into a weeklong adventure ride through Alaska. This is the perfect opportunity to improve your skills and then immediately put them into practice! 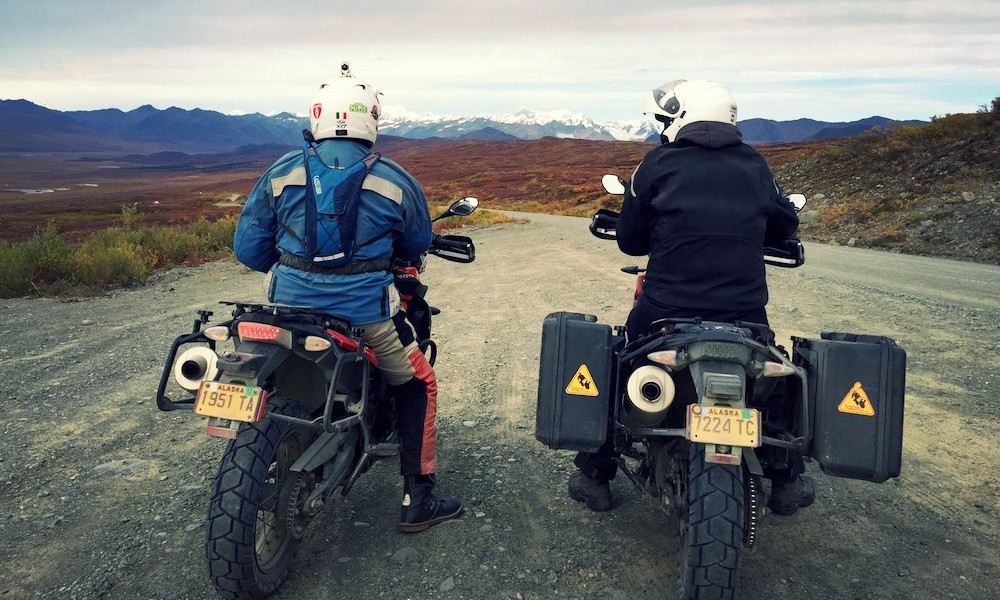 “Wilderness is not a luxury but a necessity of the human spirit.” – Edward Abbey

In the end, it doesn’t really matter whether you are a dual sport enthusiast or you prefer to stay on the tarmac, because all of our Alaska motorcycle adventures will show you the wilder side of Alaska. So if a two-wheeled trek through the Last Frontier is in your future, then check out our lineup of adventures below or drop us a line! Some trips are beginning to fill up, so reserve your spot soon to ensure that you will be riding with us in 2019!