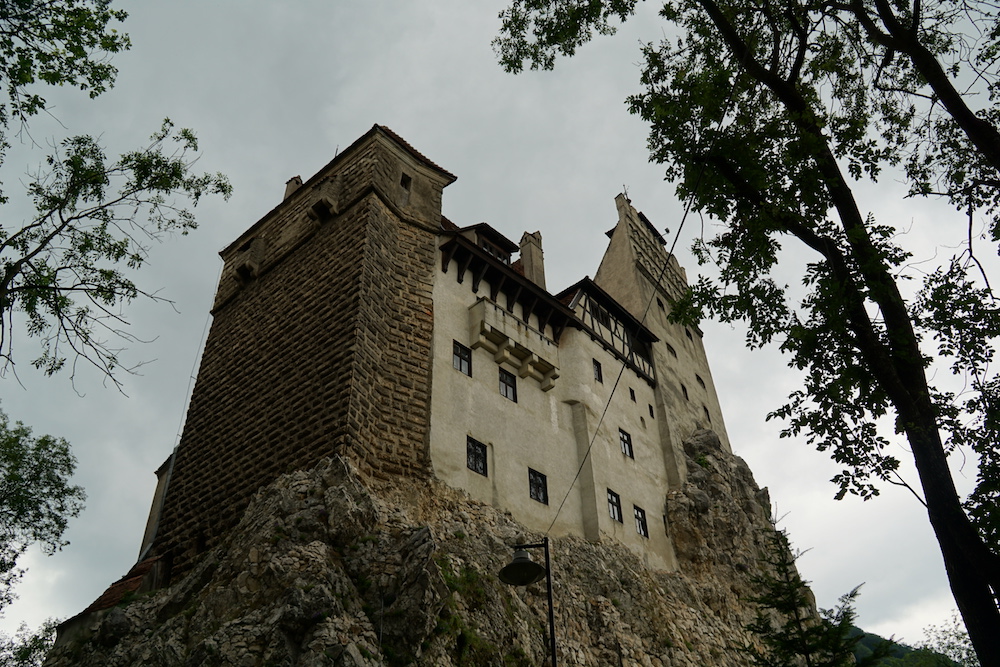 Happy Halloween! As millions of children around the country eagerly await their candy-filled Trick-or-Treat adventures, we offer our faithful readers with backstories on some of the spookiest places we visit on our travels around the world. From legendary movie monsters and filming locations to good old fashioned ghost stories and ancient mysteries, we hope you enjoy these tales! 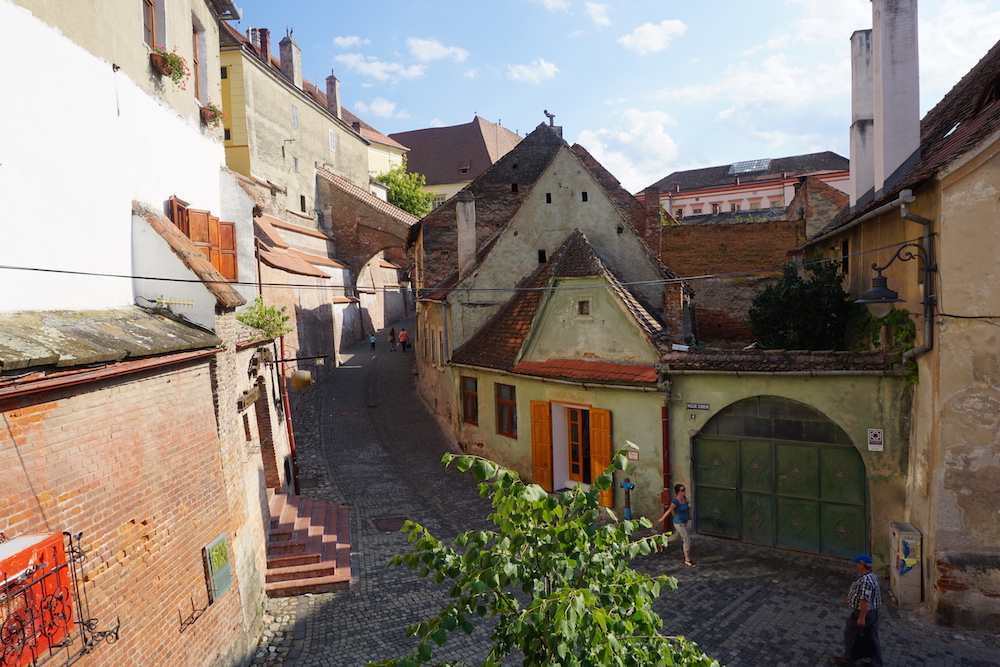 The Making of a Monster

Legends and folklore in Transylvania, Romania

Imagine a man so barbaric towards his enemies, that stories of his cruelty would go on to become one of the first bestselling books in German-speaking territories. Whose legend was so pervasive throughout Europe, that he became part of the folklore and would go on to inspire the creation of one of the greatest characters in literary history. This man was Vlad III, better known as Vlad the Impaler or Vlad Dracula. 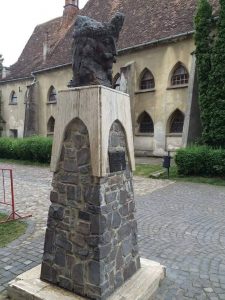 Born sometime between 1428 and 1431, Vlad’s life was rife with political conquest and power struggles. He was voivode (the prince) of what was then Wallachia three different times during his life, if that gives you an idea of the turbulence during this time. During his many campaigns, Vlad earned his disturbing nickname for his proclivity to have his enemies impaled. Another story tells of Vlad boiling his captives alive in giant copper cauldrons.

Vlad would be killed in battle in late 1476 or early 1477. Even during his life tales of his horrors began to spread throughout Europe and Russia. These and the subsequent stories made Vlad one of the best-known medieval rulers in Europe. Then, in 1897, Irish author Bram Stoker released his novel Dracula, borrowing the name from this brutal ruler. While this was not the first novel written on the subject of vampires, it was certainly the most popular and influential, and is responsible for vampires becoming a part of popular culture.

Transylvania has capitalized on the popularity of vampires over the last century.

Flash forward to 2015, when MotoQuest took a group of riders on our Romaniacs Experience. Along with our very own native Romanian, Ovi Puia, founder Phil Freeman took riders to visit some of the historical sites in the Transylvania region including visits to Vlad’s city of birth, Sighisoara, the famed Bran Castle, and and Poenari Castle that Vlad had made into his main fortress. As soon as you set foot in Romania, you can tell that you’re in a different kind of place. Horse-drawn carriages make their way down the paved roads, and so many original structures built centuries ago remain. It’s like stepping back in time.

Tell me more about Romania 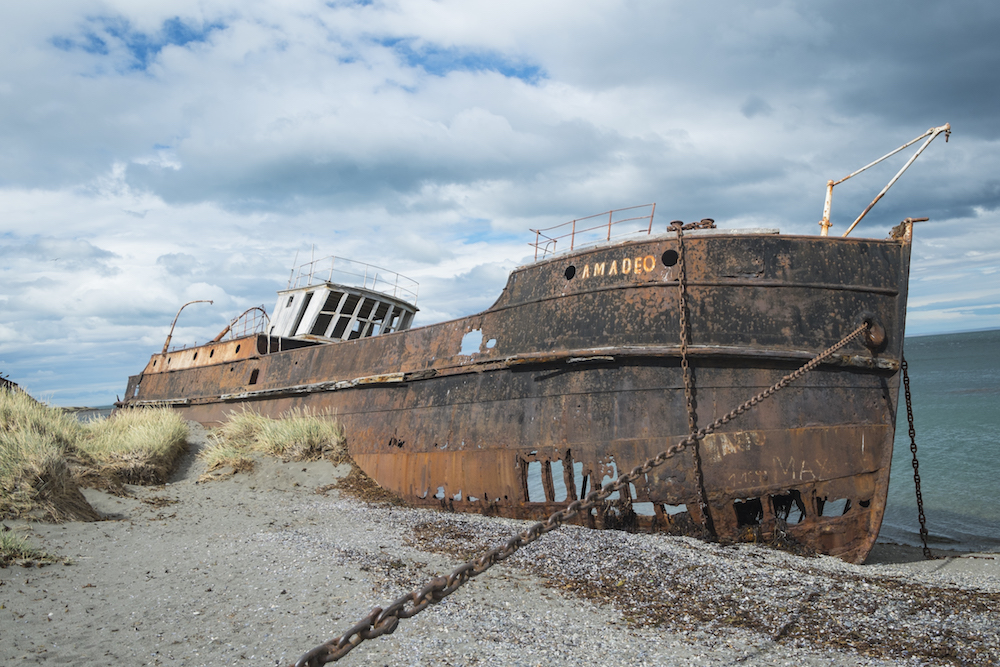 Shipwrecks and graveyards in Patagonia

In many ways, Patagonia is a land right out of a fantasy story: windswept plains, spectacular granite towers, and lakes the color of exotic gemstones. As we make toward the end of our southbound journey on our Patagonia End of the Earth Adventure, we visit the coastal town of San Gregorio. Here on the shore near the Strait of Magellan lies what remains of El Amadeo. This steamship built in Liverpool in 1884 serviced the region for decades before its owner ordered it run aground in 1932. There is something eerie about walking up to a shipwreck. The sound of the waves in the background seems to carry with it echoes of the past. 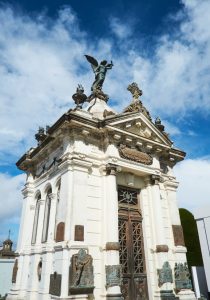 Our last day in Patagonia brings us to Punta Arenas, Chile. Should you so choose, you can visit the Cemetery of Punta Arenas, ranked one of the most beautiful cemeteries in the world by CNN and designated a National Monument of Chile in 2012. Opened in 1894, the cemetery is known for its large and extravagant mausoleums that house the remains of some of the wealthiest families in South America. A stroll through the immaculate topiary reveals countless tombs, monoliths and gravesites.

Tell me more about Patagonia

Riders on our Trail of Lewis and Clark Adventure receive a heavy dose of history as we pick up the trail in Montana and follow it west to the shores of Oregon. But in addition to visiting museums and historical sites of the Corps of Discovery, we visit two locations made famous on the silver screen. 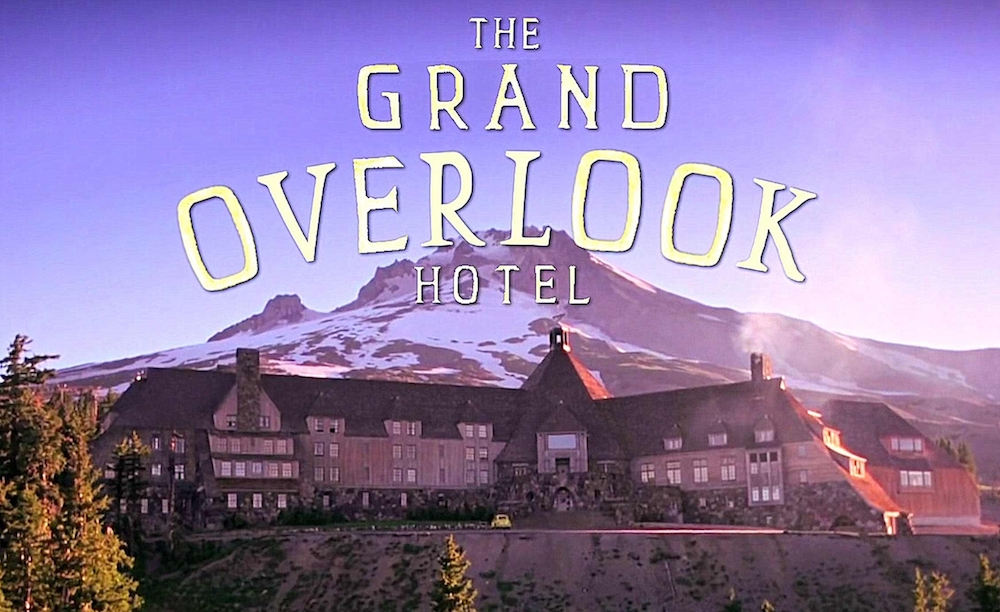 Our first day of riding takes us on fantastic backroads past Mt. Hood to our lunch stop at the Timberline Lodge. Built from 1936-1938, this impressive structure comprising 40,000 square feet was beautifully furnished and decorated by local artisans during the Great Depression, and was dedicated by President Franklin D. Roosevelt in 1937. Despite the extravagant beginnings, its maintenance was neglected and by 1955 had fallen into disrepair. It was revitalized and saved by the growing popularity of skiing in the late 1950s and early 1960s. Several feature films have been shot at or around the lodge, but none more famous nor as spooky as Stanley Kubrick’s 1980 screen adaptation of Stephen King’s novel, The Shining. The Timberline Lodge served as the exterior of the fictional Overlook Hotel in the film, and riders familiar with the movie will no doubt recognize it as they arrive for lunch.

Fast forward more than a week to the end of this amazing trip and we find ourselves on the beautiful Oregon coast. Here you can visit two amazing beaches made famous by the 1985 film, The Goonies. While the young Sean Astin and his friends search for a dead pirate’s gold, you can stroll Cannon Beach and gaze upon Haystack Rock. A few miles to the north is Indian Beach, which was also featured in The Goonies as well as the 1991 movie Point Break and the 2008 movie Twilight. You probably won’t run into any dead pirates, bank-robbing surfers, or vampires, but this is an incredible stretch of coastline that must be seen in person!

Tell me more about Lewis and Clark 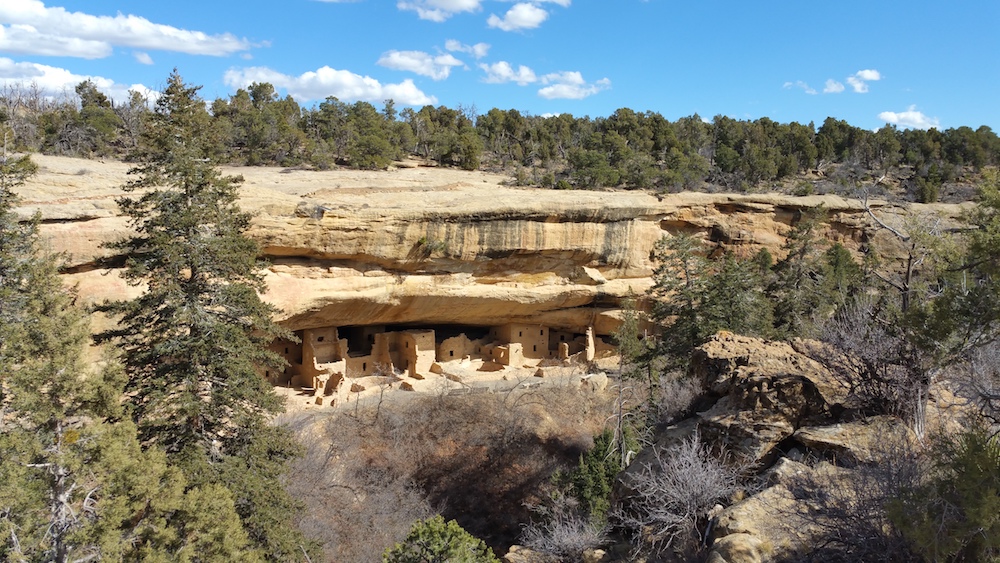 The mysterious disappearance of the Mesa Verde Puebloans

Deep in the Southwestern corner of modern-day Colorado, near the famous Four Corners where four different states unite at a single point, lies Mesa Verde National Park. This land was established as a National Park in 1906 largely due to the incredibly well preserved sites of the Ancestral Pueblo people that inhabited the area from the year 600 to about 1300. Today, more than 5,000 archaeological sites have been uncovered and studied, including 600 cliff dwellings. 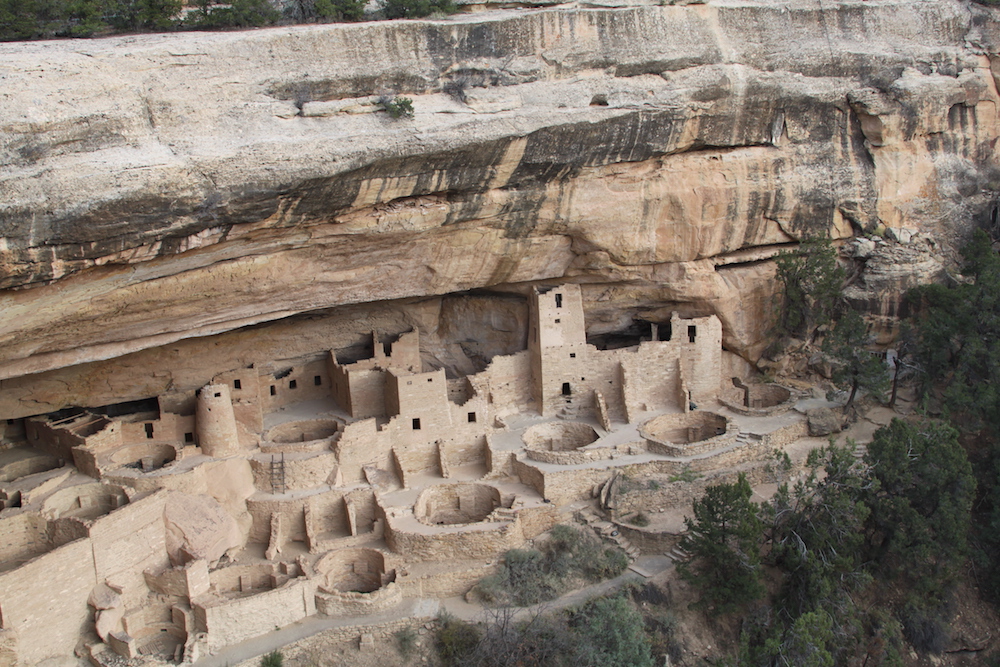 We visit the park and see some of these sites and cliff dwellings on our American Southwest Adventure. This is the kind of place that will leave you with more questions than answers. How did they build such elaborate structures more than 1500 years ago? How did they scale the cliffs to reach the dwellings that sit hundreds of feet off the valley floor? 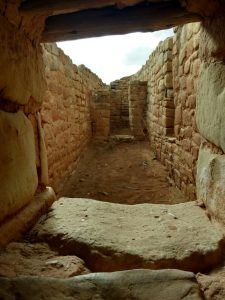 The biggest mystery of all involves their sudden disappearance from the area. In the 13th century, there were as many as 20,000 people living in the Mesa Verde region. By the start of the 14th century, virtually everyone was gone. It is believed that the Ancestral Puebloans emigrated out of the area, largely settling in the Rio Grande region of New Mexico and Arizona. What is odd is that there was almost no evidence of the migration.

They left behind household goods, tools, clothing, making it seem like everyone grabbed what they could and left with little warning or planning. What caused them to leave so suddenly?

Archaeologists and historians have found that this was a violent time for natives across the entire continent, not just the southwest. Changing climates led to shifts in access to resources, and reduced food supplies incited warfare between the tribes. There is even evidence of cannibalism to support this. The fact that most of the migrating peoples ended up settling in warmer areas with better farming conditions and bison herds supports the theory that access to food was the primary motivator, but we will never know for sure. One thing is for certain: what remains in Mesa Verde National Park is a fascinating look into the culture of the Ancestral Puebloans.

Tell me more about the American Southwest 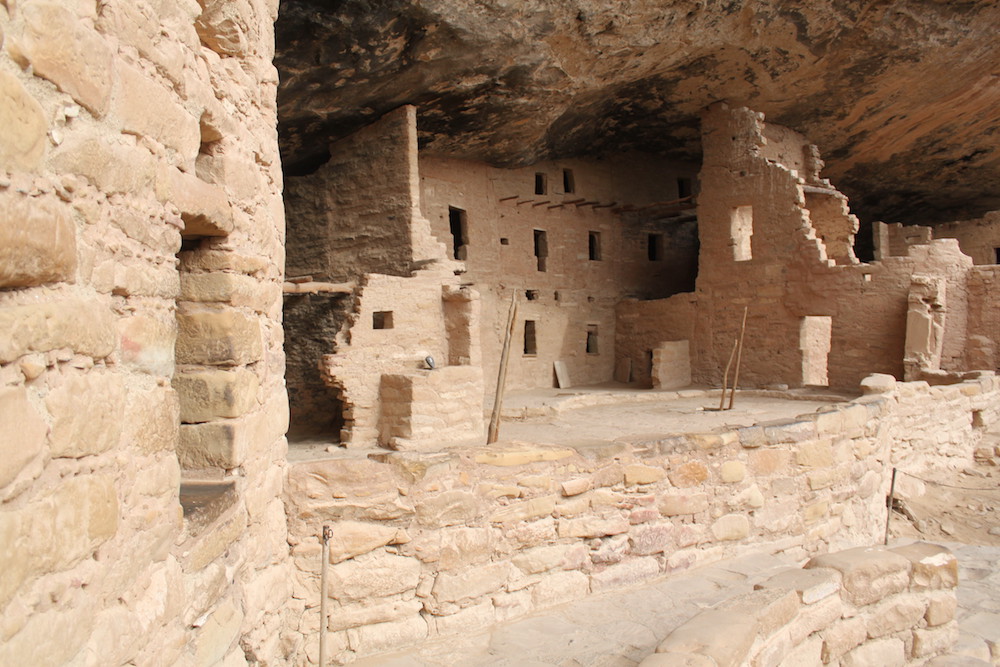 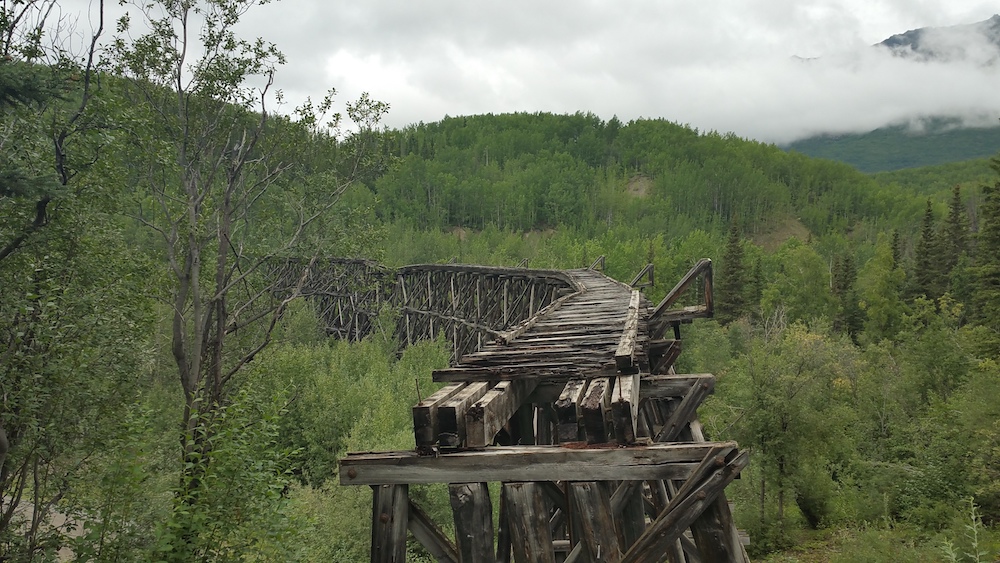 Voices on the Tracks

The rise and fall of the Kennecott Mine

There are plenty of Alaskan ghost stories, many of which are centered around the numerous abandoned mines of the late 19th and early 20th centuries. One mine in particular features heavily in the supernatural lore, and it is one that we visit on several of our guided motorcycle adventures in Alaska. From 1909 until its closure in 1938, the Kennecott mines produced more than 4.6 million tons of ore containing more than 1 billion pounds of copper, netting more than $100 million in profit during that time. With the ore depleted by 1938, Kennecott was essentially left as a ghost town. The 14-story mill and many other structures remain, and make for fascinating visits during our Northern Lights Adventure and our Alaska Backcountry Explorer. 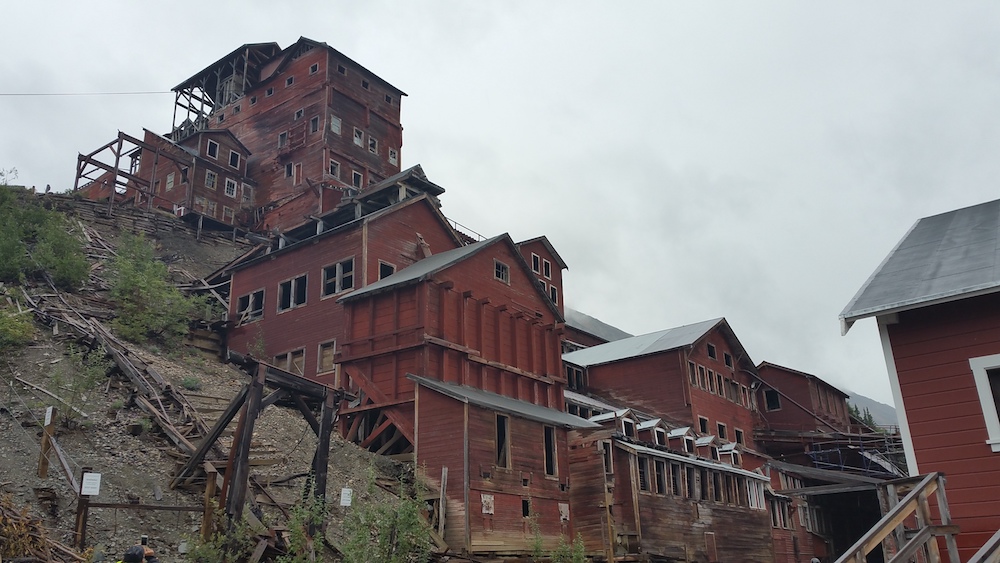 What’s so spooky about that? Well, when you mine all that ore, you have to be able to transport it somewhere. And so the Copper River and Northwestern Railway was constructed to move ore from Kennecott to the small port town of Cordova. It cost $25 million to construct between 1906 and 1911, with 129 bridges helping to span the uneven terrain. Legend has it that many workers died during the construction of this railroad as they dug through snow and blasted through rock. Stories of hauntings along the old abandoned tracks have been reported for years. In the 1990s, a project to develop government housing along a portion of the old CR&NW line was supposedly abandoned after workers reported hearing voices and losing their tools right out of their belts. 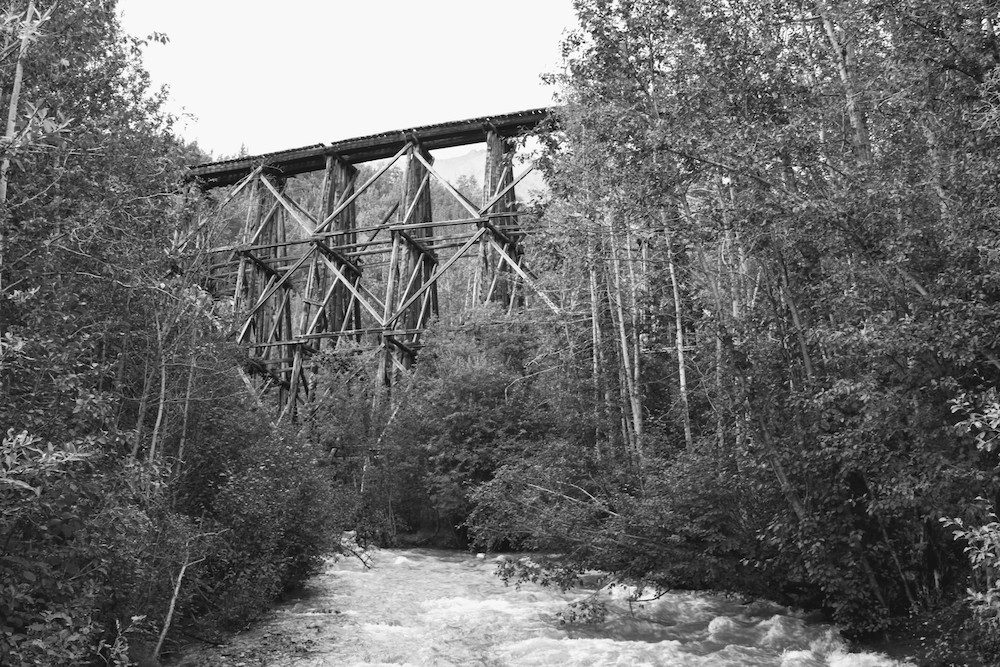 Whatever the case may be, the old Kennecott Mines are well worth a visit. It is quiet, tranquil, and makes for some amazing photography. And if you’re feeling spooked, you can head over to the nearby town of McCarthy for a drink!

Tell me more about Alaska