For thousands of years, rivers have served as the lifeblood for human civilizations around the world. But these life-sustaining waters tell another story, one of slow but constant change. The relentless flow of earth-eroding water has shaped the lands, forming canyons, rock formations, deltas, and a range of unique geological formations and ecosystems full of diverse plant and animal life. For us motorcyclists, rivers often provide a pleasant change in scenery, serving as peaceful places to take a break from riding and enjoy our surroundings. They also shape the roads that we ride and the routes that we take to get to our destinations. In this post, we take a closer look at some of the rivers that one might cross, ride alongside (and occasionally through!) on some of our MotoQuest Guided Motorcycle Adventures in North America.

Starting things off in our home state of Alaska, it’s hard to pick just a few of the more than 9,728 rivers, creeks, and streams that are officially named by the US Geological Survey, but here are three that play important roles in several of our guided motorcycle rides. 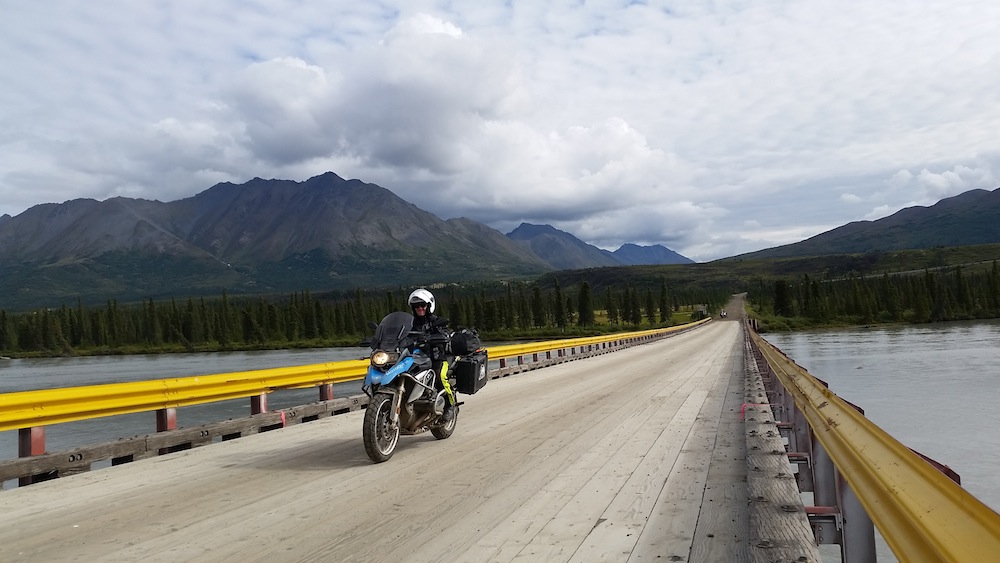 This 313-mile long river runs through South Central Alaska from the Susitna Glacier to the Cook Inlet. It is the 15th largest river in the United States, discharging 51,000 cubic feet of water every second. Susitna was named by the native Dena’ina people and translates to “sandy river.” Riders on our Prudhoe Bay Adventure and Best of Alaska Adventure enjoy a majestic vantage point in Talkeetna, where the Chulitna, Little Susitna and Talkeetna rivers converge to form the Big Susitna. 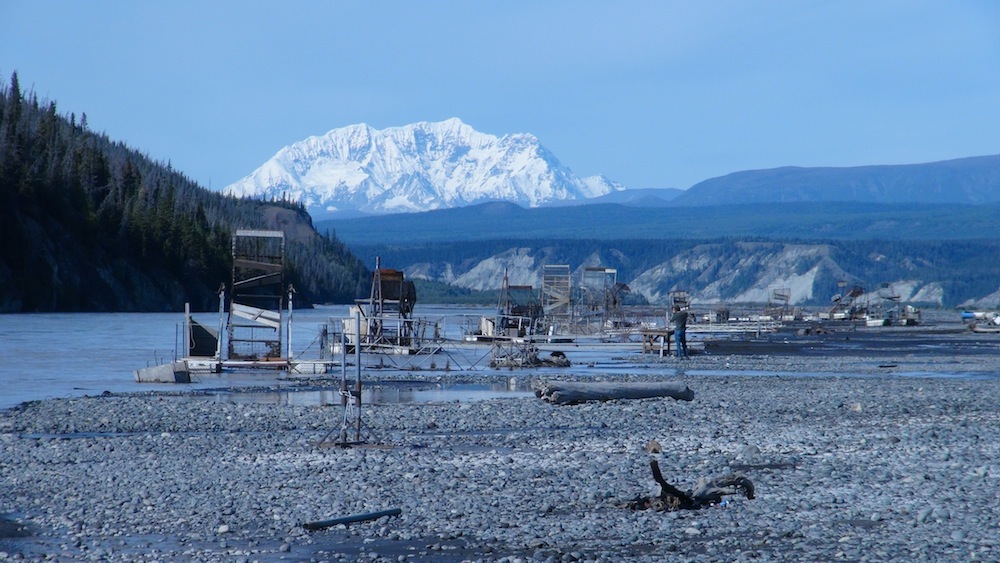 Named for the abundant copper deposits along the upper parts of the river, this 290-mile river in South Central Alaska carries 56,500 cubic feet of water per second from Copper Glacier to Copper Bay. In 1911, the Copper River and Northwestern Railway was completed, allowing the minerals extracted to be transported out of this region. Riders on our Alaska Northern Lights Adventure will visit the Copper River and see the fish wheels used by Alaska natives to take advantage of the large populations of salmon in these waters. 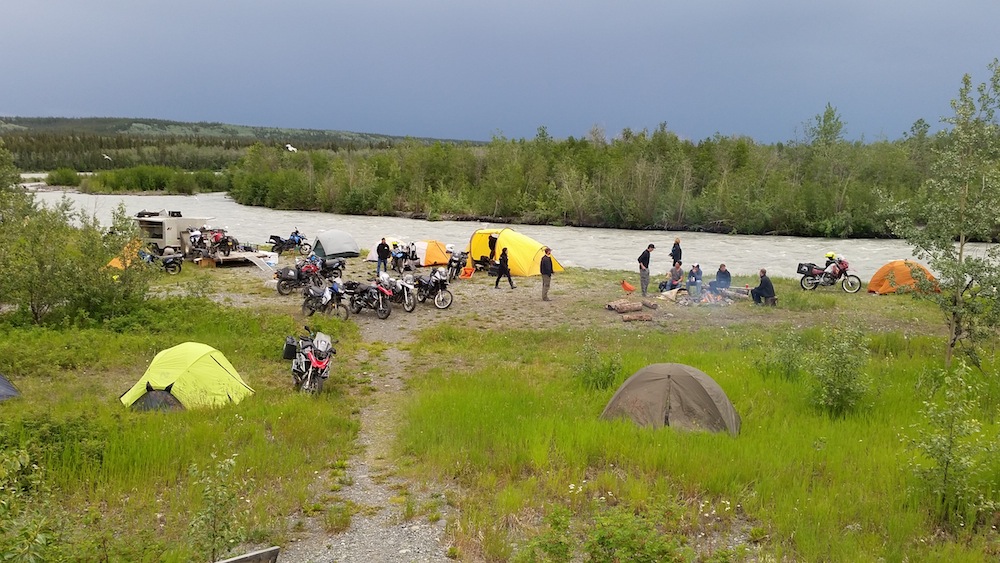 The Klutina River feeds into the Copper River about 63 miles away from its source, the Klutina Glacier in the Chugach Mountains. Like the Copper River, the Klutina is a major fishery for sockeye and king salmon, some of which can weigh up to 90 pounds! Our Alaska Backcountry Explorer Adventure features a night of camping on the shores of the Klutina.

Next we move south to the lush landscapes of the Pacific Northwest and out to the plains of Montana, where our Trail of Lewis and Clark Adventure traces the route of these historic explorers and the Corps of Discovery. 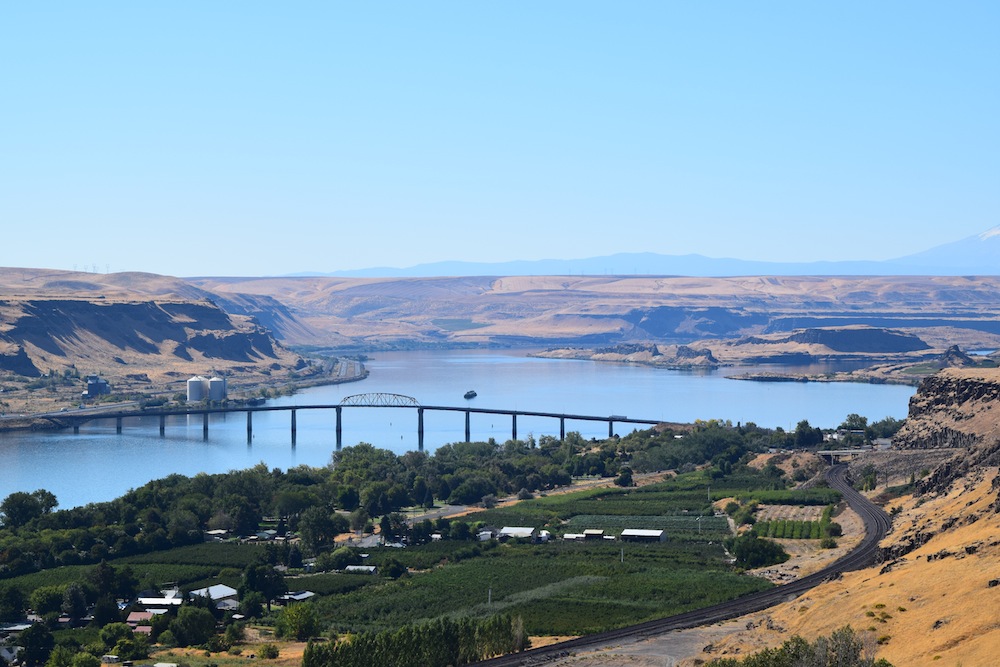 Weighing in as the largest river in the Pacific Northwest region, the Columbia meanders an incredible 1,243 miles from Columbia Lake in British Columbia, Canada, all the way to the Pacific Ocean at the Oregon/Washington border. The Columbia discharges a staggering 265,000 cubic feet of water each second, something that humans have put to use with 14 hydroelectric dams on the main stem and many more on its tributaries generating more than 44% of the nation’s hydroelectric power. The river was vital to transportation for Native Americans, explorers, fur traders, and pioneers, and has even been used for shipping in modern times. The Corps of Discovery explored the Columbia in dugout canoes in search of a passage between the Columbia and the Missouri Rivers, which would have connected the Atlantic and Pacific Oceans. This route was referred to as the Northwest Passage, and a route through the heart of the continent was never found. Today, riders on our Trail of Lewis and Clark Adventure enjoy the scenery of this massive water feature and even traverse it by ferry. 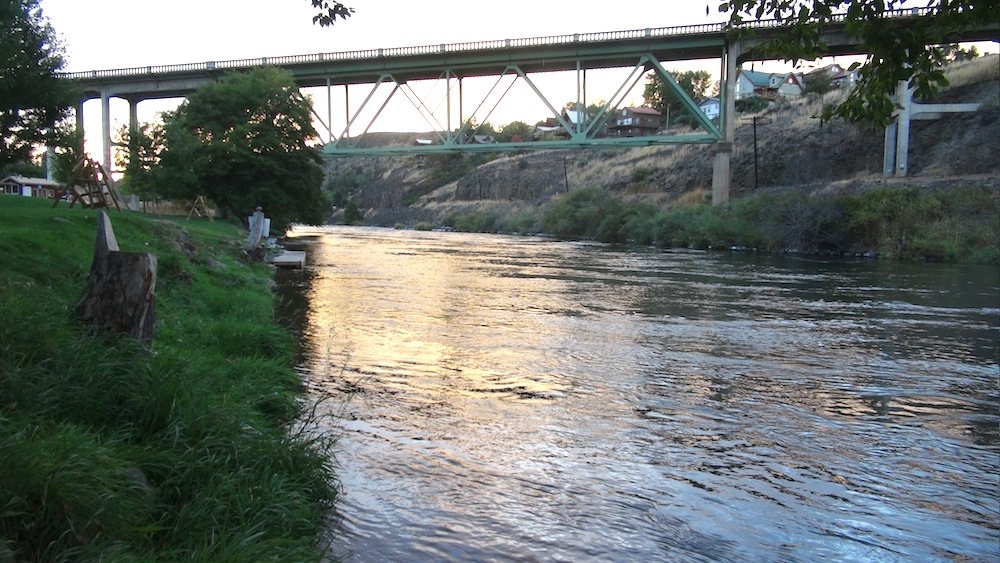 This major tributary of the Columbia River carries much of the drainage of the eastern side of the Cascade Range into the Columbia and eventually out to the Pacific Ocean. The Deschutes originates at Little Lava Lake in Cascades and pumps an average of 5,824 cubic feet of water per second along its 252-mile long path. Lewis and Clark first encountered the river in October 1805 and named it Clarks River, but Deschutes stems from its name more commonly used during the fur trade: “Riviere des Chutes” (French for “River of the Falls”). 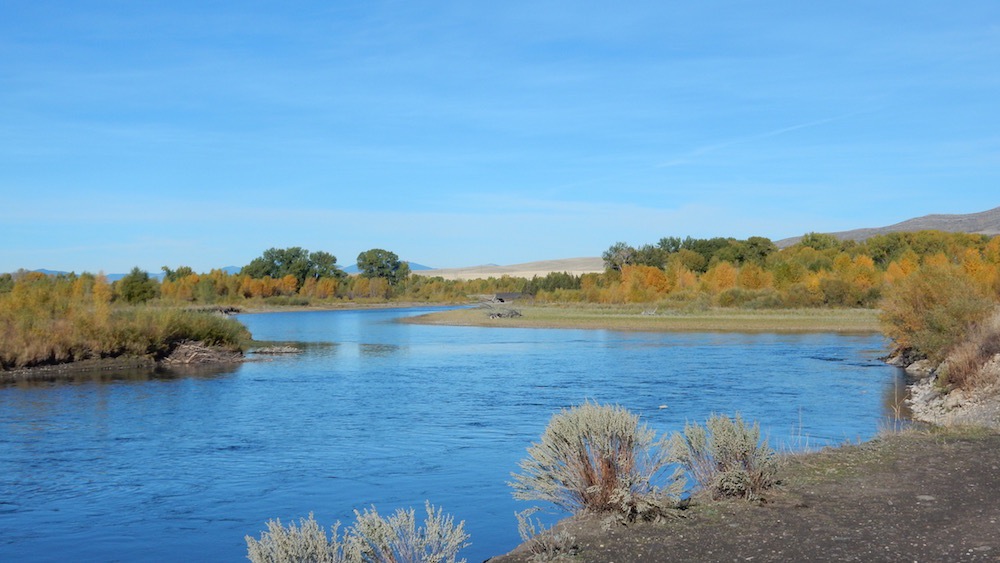 The longest river in North America (2,341 miles) carries drainage from more than half a million square miles from parts of ten U.S. states and two Canadian provinces to the mighty Mississippi River near St. Louis, Missouri. The Missouri is fed by the Jefferson and Madison rivers that converge at the Missouri Headwaters, later joined by the Gallatin River. The Lewis and Clark Expedition camped here in 1805, and became the first non-Natives to travel the entire length of the Missouri to eventually reach the Pacific Ocean by way of the Columbia, though the two were not connected. We visit the Headwaters as we pick up the Expedition’s trail and head back west.

Finally, we take a look at the mighty Colorado River and the phenomenal landscapes it has helped to create in the Southwest United States. 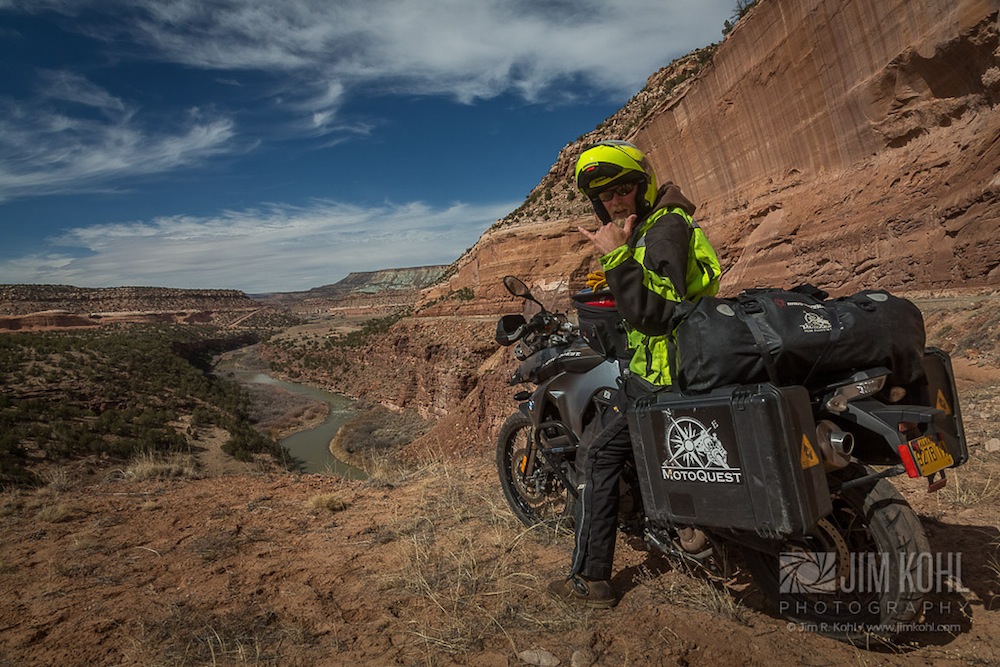 Perhaps no other river system on the North American continent is responsible for shaping the landscape to the degree that the Colorado River and its tributaries have done in the Southwest. The Grand Canyon comes to mind first. Its scale nearly incomprehensible, the 277-mile long Grand Canyon is 18 miles across at some places, runs as deep as 6,093 feet and offers a most incredible window into the geological history of this region. In total, the Colorado River runs 1,450 miles, starting in the Rocky Mountains in Colorado and flowing through the arid deserts to its mouth at the Gulf of California in Baja California. This river has sustained civilizations for thousands of years, and is still a vital water source for 40 million people in the region. An extensive system of dams, reservoirs, and aqueducts supply water for agriculture and domestic purposes as well as hydroelectric power.

Riders on our American Southwest Adventure will become very familiar with Colorado River and its tributaries as they make a loop through northern Arizona, southern Utah and southern Nevada. This region offers some of the most visually stunning riding, with evidence of time’s relentless march at every turn. Participants on our Best of Baja Motorcycle Adventures see a slightly different side of the Colorado, with the Gulf of California providing a serene backdrop as riders traverse the length of the Baja peninsula.