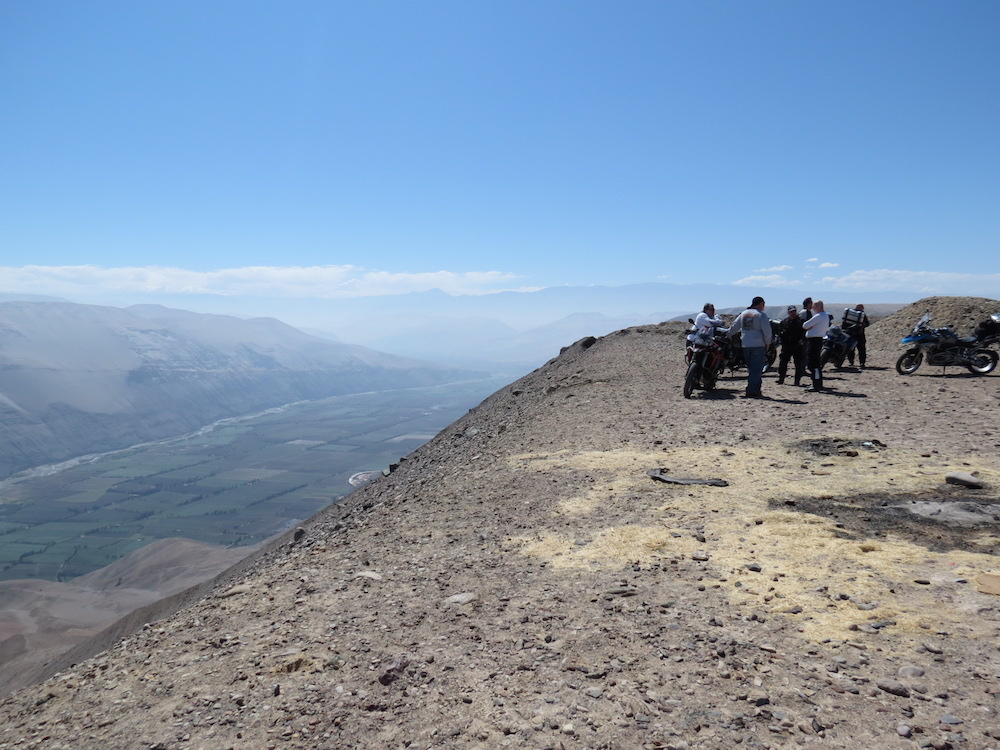 The first thing that comes to mind when most people think of Peru is Machu Picchu, the ancient Inca citadel perched high in the Andes mountains. There’s no question that a visit to Machu Picchu is a must for anyone traveling to Peru, but this is just the tip of the iceberg. Peru has so much to offer, from premium roads through landscapes to a culture steeped in history. In fact, our guided motorcycle adventure in Peru is one of the most interesting and action-packed in our entire lineup. So this week we have put together a list of our top 9 reasons to ride with us in Peru next year.

You know the Joni Mitchell song that goes, “they paved paradise and put up a parking lot”? If that were written about Peru, it might have gone something like, “they paved paradise and turned it into one of the best motorcycle destinations in the world.” The roads are unbelievable here, many of them cutting and twisting through mountains or along the coast, topped in pure, unblemished blacktop. We have ridden all over the globe, and Peru is a strong contender for best pavement anywhere. 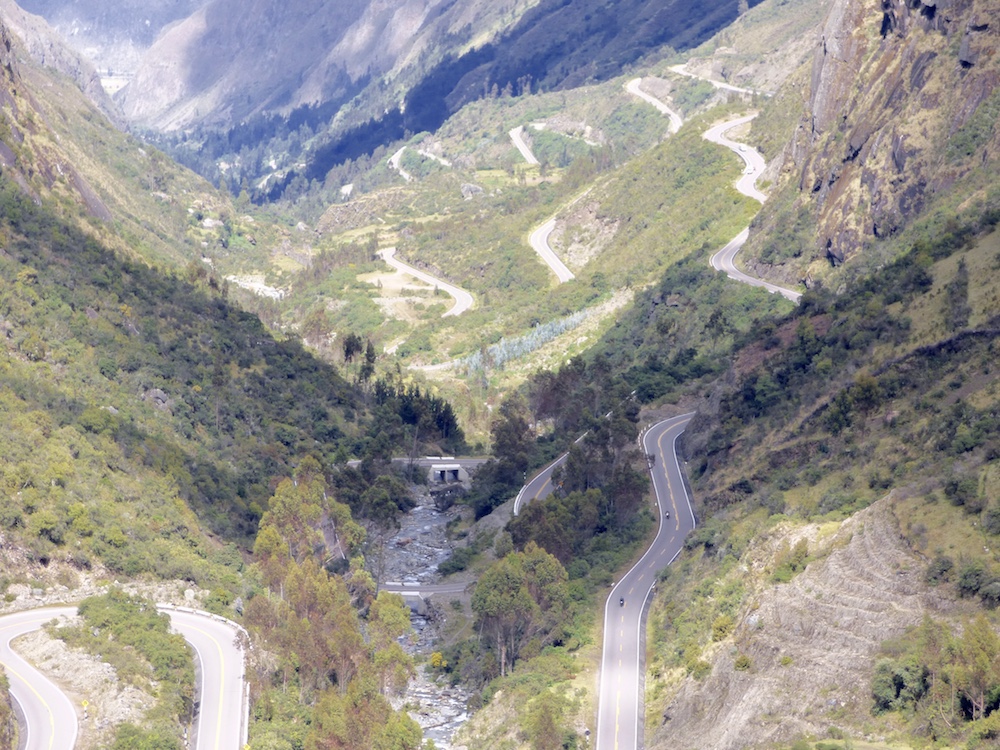 Nicknamed the White City, Arequipa is the second most populous city in Peru with just under 900,000 people. Arequipa was founded in 1540 by Spanish colonists, and before that was inhabited by native nomads and eventually settled by the Incas. Arequipa serves as the start and end point of our ride. One of the best parts about spending some time here is getting to explore the historic city center, which was declared a UNESCO World Heritage Site in 2000. The blend of architecture here is incredible, with French and Spanish-styled relics of the colonial days right alongside amazing modern buildings. 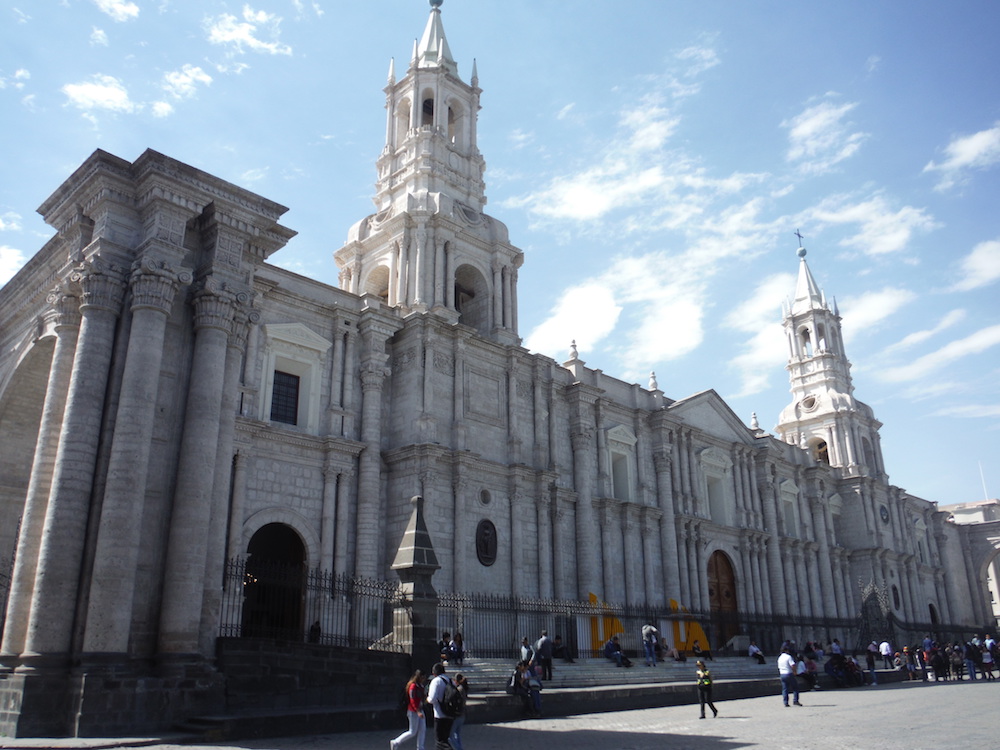 We have many iconic roads here in the United States. Route 66, Pacific Coast Highway, the Blue Ridge Parkway — these roads pale in comparison to the Pan-American Highway. Although technically a network of roads that all connect to make a continuous road, the Pan-American Highway holds the Guinness World Record as the world’s longest motorable road at about 19,000 miles in total. The portion that we ride in Peru is nothing short of stunning. Imagine skirting this dramatic coastline on excellent tarmac, taking in the unforgettable views along the way. You might even see some other vehicles on the road! 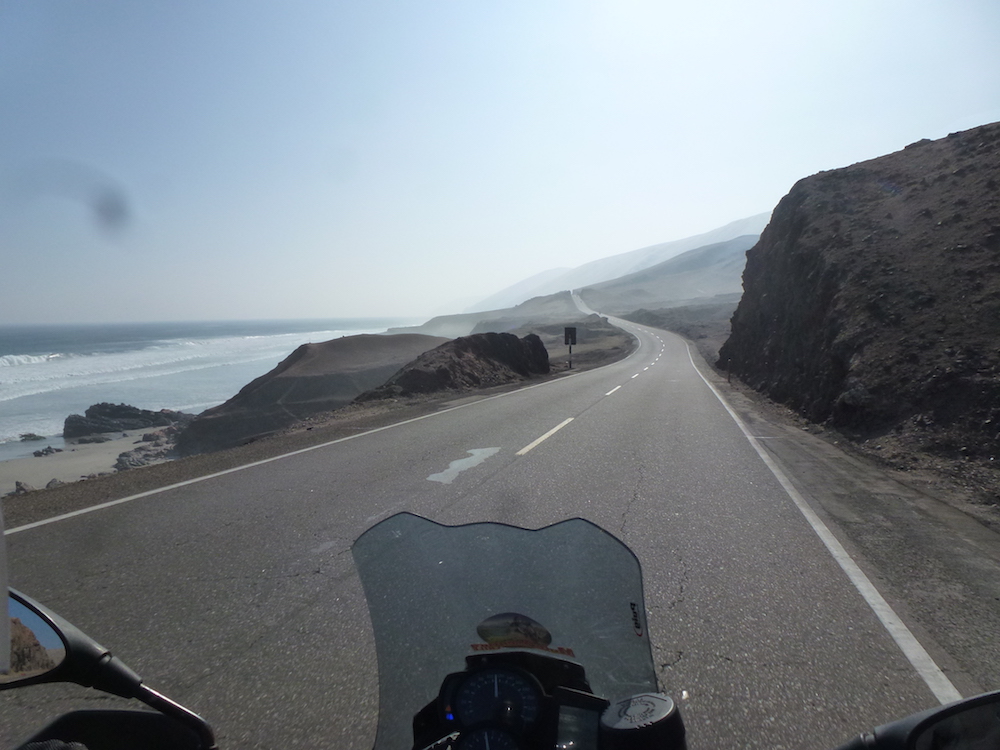 Among the many mysteries left by ancient civilizations, few are on as large a scale as the Nazca Lines. Hundreds of lines, shapes, and even animal designs were left on the surface of the Nazca Desert sometime between 500 BCE and 500 CE. While scholars typically interpret them as religiously significant, there is no solid evidence to point to a real answer. We may never know for sure why they were created, but it’s nothing short of amazing to go up in a small airplane and gaze down upon the birds, monkeys, llamas, and various other shapes that measure hundreds of feet in length.

The Andes Mountains are among the most dominating features on the face of the earth. The longest continental mountain range in the world, the Andes run more than 4,000 miles along the entire western edge of the South American continent, dividing the land into wildly different ecosystems and climates. Peru falls in the Central Andes portion of the range, and it is here that we traverse this mighty range in search of a very special place nestled more than a mile above sea level: The Sacred Valley of the Andes. Located near the capital city of Cuzco, this valley became an important part of the Inca Empire hundreds of years ago. Among the many historical sites is the famous Machu Picchu. 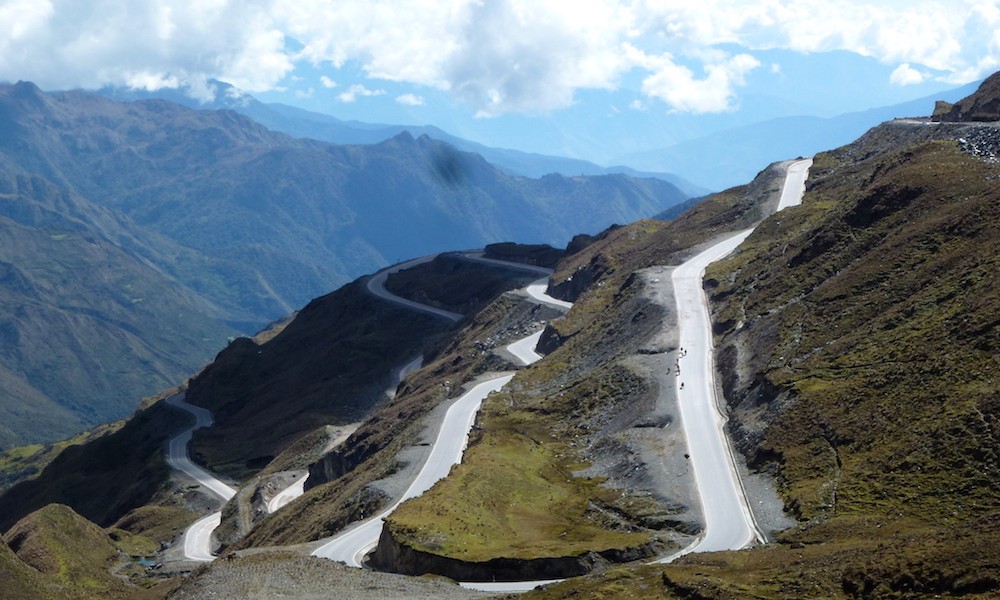 No visit to Peru would be complete without a trip to Machu Picchu, the Inca citadel among the clouds. Perched nearly 8,000 feet above sea level in the Eastern Cordillera portion of the Peruvian Andes lies this icon of Inca civilization. It is believed that Machu Picchu was built as an estate for the Inca Emperor around 1450, but was abandoned a century later during the Spanish Conquest. Amazingly, although it was known to locals, the ruins were not made known to the rest of the world until 1911. It was declared a UNESCO World Heritage Site in 1983 and named one of the New Seven Wonders of the World in 2007. Our day trip here encompasses a train ride, bus ride up to the ruins, and an English-speaking guide, all of which is included in the package. 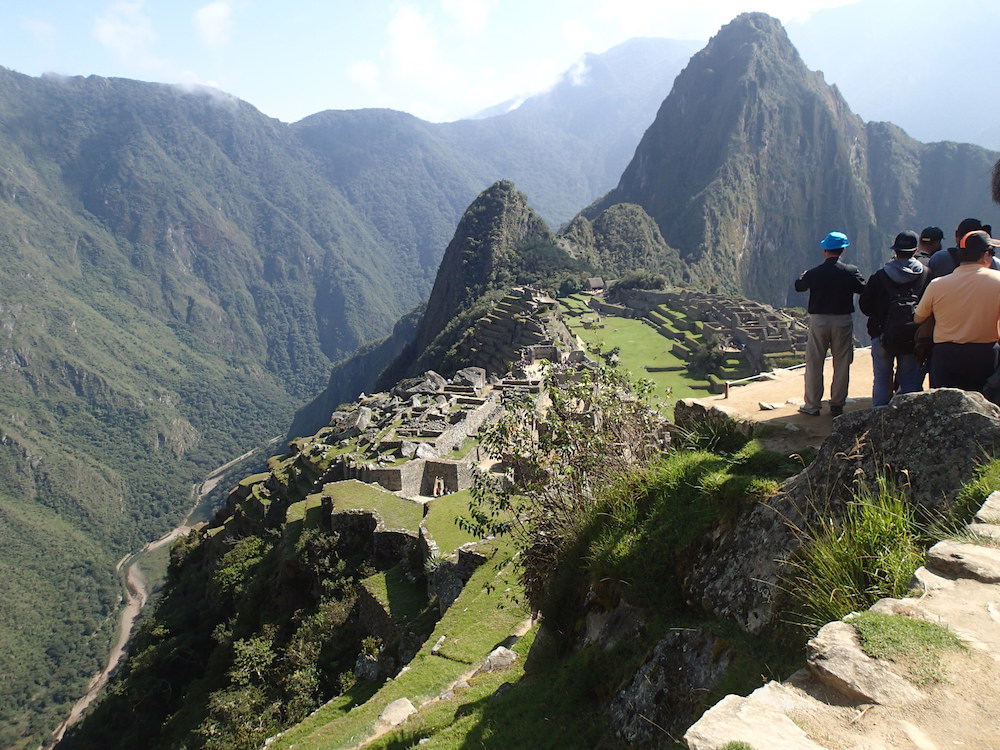 As if the other UNESCO World Heritage Sites on this trip weren’t enough, we pay a visit to the city of Cuzco. This was the capital of the Inca Empire until the Spanish Conquest and is the Historic Capital of Peru. It was designated a World Heritage Site in 1983, and the evidence of Inca culture is present throughout the city. Like Arequipa, it is fascinating to see ancient Incan structures, Spanish colonial architecture, and modern day buildings all in the same city. You can also get a real taste for Peruvian culture here, as there is almost always something festive going on at the Plaza de Armas pictured here. 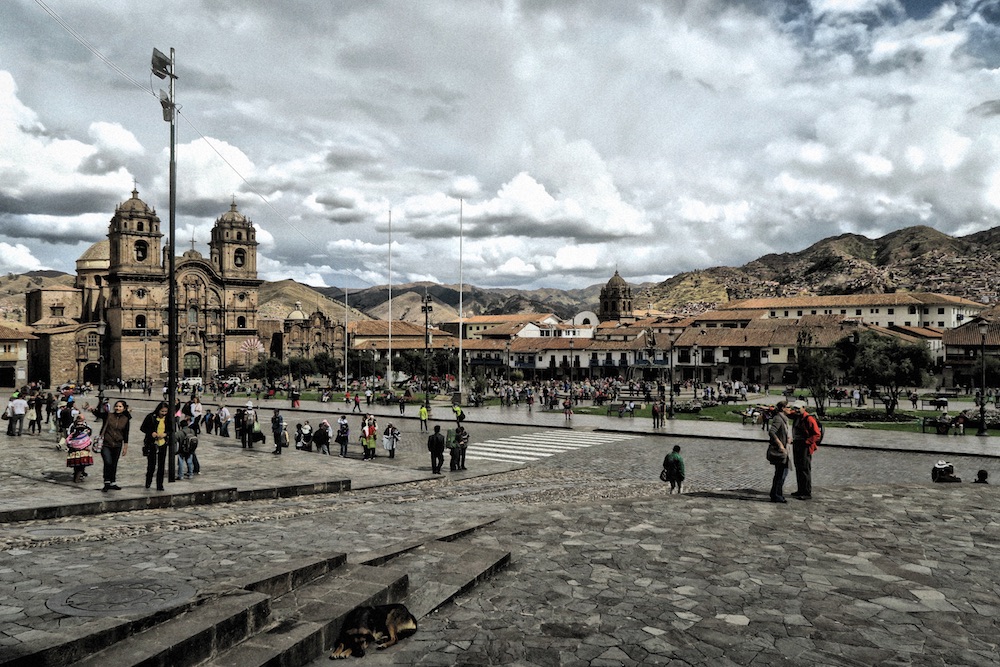 Due to its position in the Andes, much of Peru lies more than a mile above sea level. It’s no surprise then that the world’s highest navigable lake resides here. We pay a visit to the shores of Lake Titicaca at 12,507 feet of elevation. While there are other lakes at higher elevations around the world, Lake Titicaca is unique for its massive size and for its use in commercial shipping between Peru and Bolivia. The lake is the largest in South America and the 18th largest in the world, measuring 118 miles in length and up to 50 miles wide. It’s always amazing to witness a natural feature on this grand a scale. 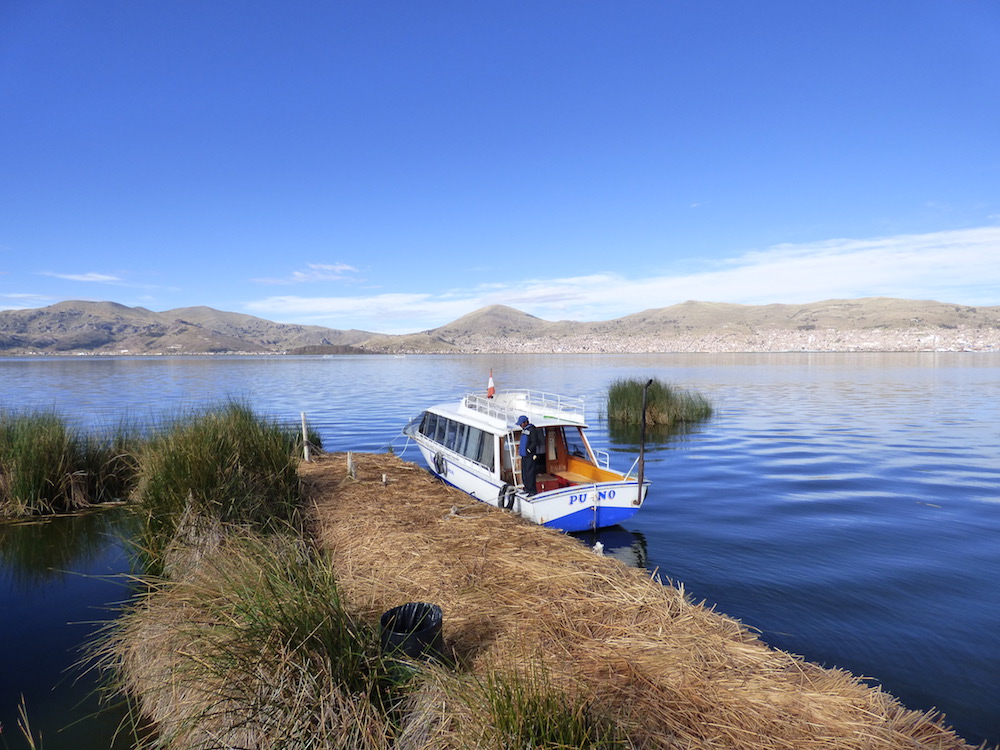 The Atacama Desert is known as the driest desert in the world, with some locations receiving as little as 1mm of rainfall per year. In fact, the extreme aridity has earned it a comparison to the surface of Mars, and has even been used to test instrumentation for the Phoenix Mars Lander. While most of the desert lies within the borders of Chile, we ride through northern portions of the desert that runs along the southern Peru coast. It serves as quite the contrast to the days we spend riding through the lush mountain forests near Machu Picchu. 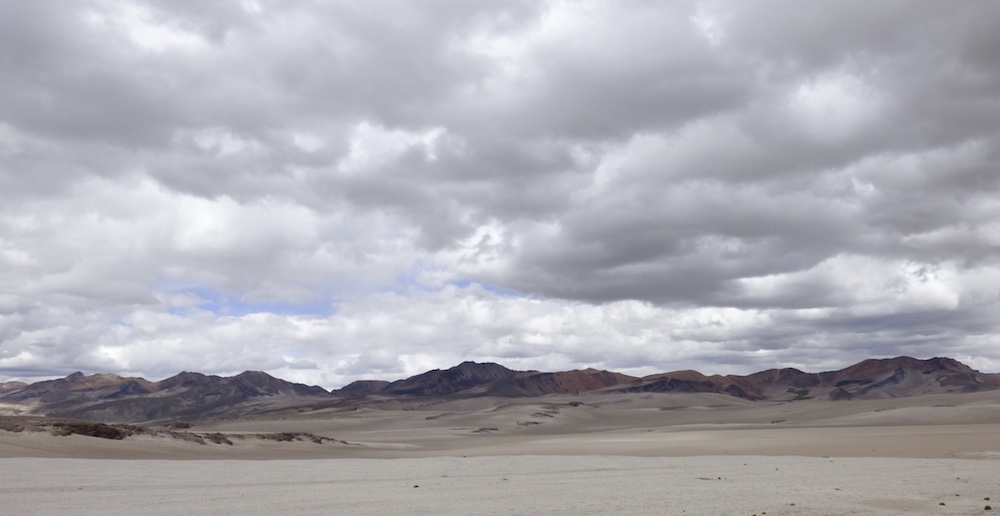 Our next Peru Machu Picchu Adventure is scheduled for April 8-21, 2019. Will you join us for this journey through the clouds as we experience all that Peru has to offer?