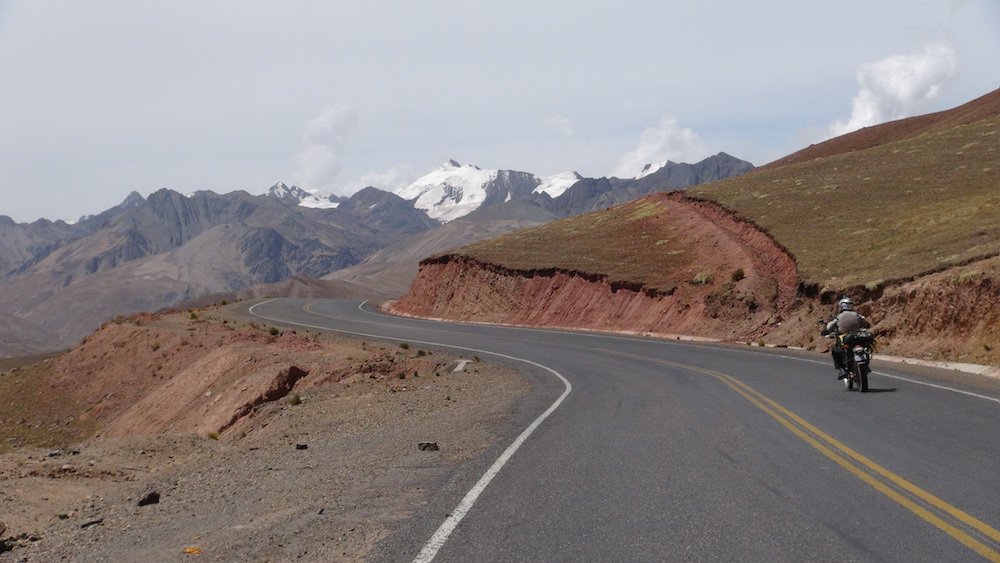 “Climb the mountains and get their good tidings. Nature’s peace will flow into you as sunshine flows into trees. The winds will blow their own freshness into you, and the storms their energy, while cares will drop away from you like the leaves of Autumn.”
-John Muir in The Mountains of California

This week we’d like to take a closer look at some of the mountain ranges that we visit on our MotoQuest Guided Adventures around the world. This is the first part of a two part series, the second of which will explore the many mountain ranges here on our home continent of North America. We hope you enjoy these profiles of some of the world’s most famous ranges, and consider joining us in 2017 to ascend one of them by motorcycle. 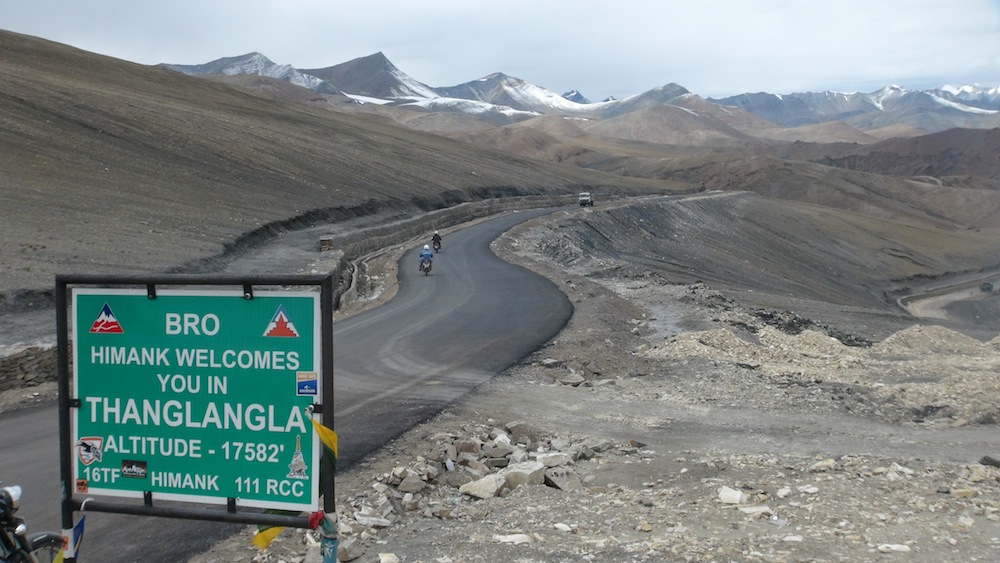 The granddaddy of all mountain ranges. This 1500-mile long stretch is spread across five countries and is home to Earth’s highest peak, Mount Everest. More than 100 of the mountains in this system are taller than the highest peaks on any other continent, all above 23,600 feet in elevation. MotoQuest riders don’t get quite that high on their Royal Enfields, but they do scrape the sky by riding several of the world’s highest motorable passes on our India Touch the Sky Adventure. Riders on this August 2017 expedition will have to be prepared to deal with high elevations, uncertain road conditions, and unpredictable weather. This trip is not for the faint of heart, but the rewards are well worth the effort. 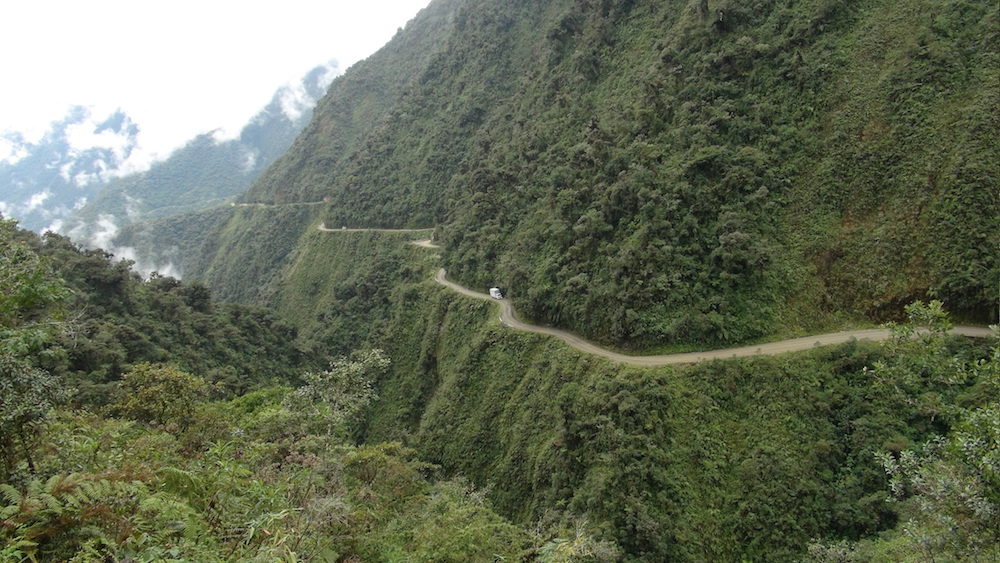 The longest mountain range in the world at 4,300 miles, the Andes Range spans nearly the entire western edge of the South American continent. Seven countries reside in these highlands that are often divided into the Tropical Andes of the north and the Dry and Wet Andes of the south. Argentina’s Mount Aconcagua lays claim to the highest peak outside of Asia at 22,838 feet above sea level, and the Andes are also home to the world’s highest volcanoes as well, including Ojos del Salado on the Chile-Argentina border. Residents of major cities such as Quito, Bogotá, Arequipa, Sucre and La Paz live at an altitude of at least 7,000 feet.

MotoQuest riders will enjoy the various climates, cultures and natural beauty of the Andes Range on several guided adventures in 2017. These trips vary in riding difficulty and all offer something unique. 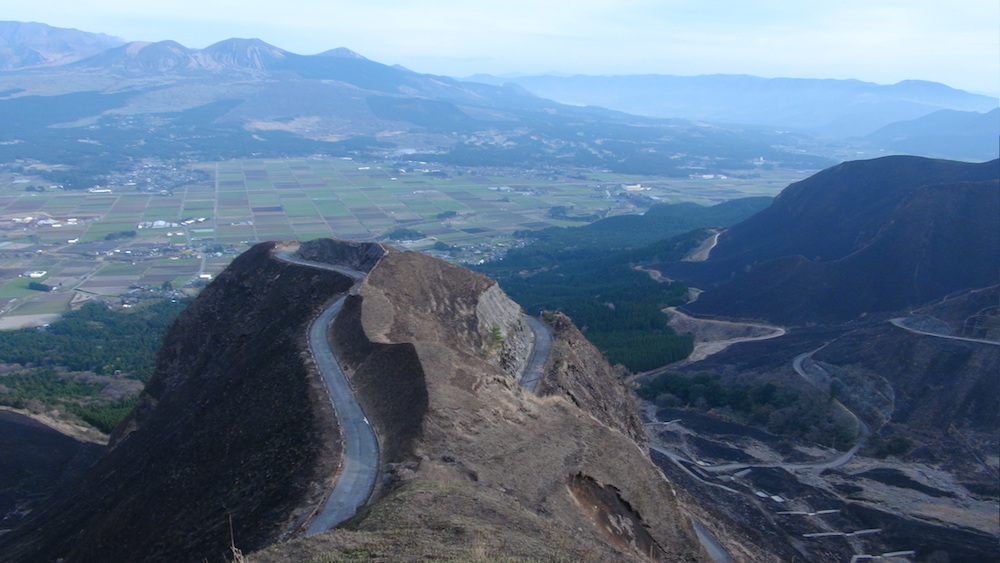 While not technically a range itself, the Japanese Alps was a term coined by British archaeologist William Gowland in 1888 after making the first recorded ascent on several peaks. The Japanese Alps describes the three ranges that bisect the main island of Honshu (the Hida Mountains, Kiso Mountains and Akaishi Mountains) and are home to the iconic Mount Fuji as well as several other peaks above 10,000 feet. While Fuji last erupted in 1708, the nearby Mount Ontake has erupted as recently as 2014. MotoQuest groups have been exploring the Japanese Alps for many years on our Japan Three Island Tour, which next departs in March 2017. Participants in October’s Japan MotoGP Scout Trip will also have the privilege of riding through the Alps, though they’ll leave the 200mph straightaways to the MotoGP racers. 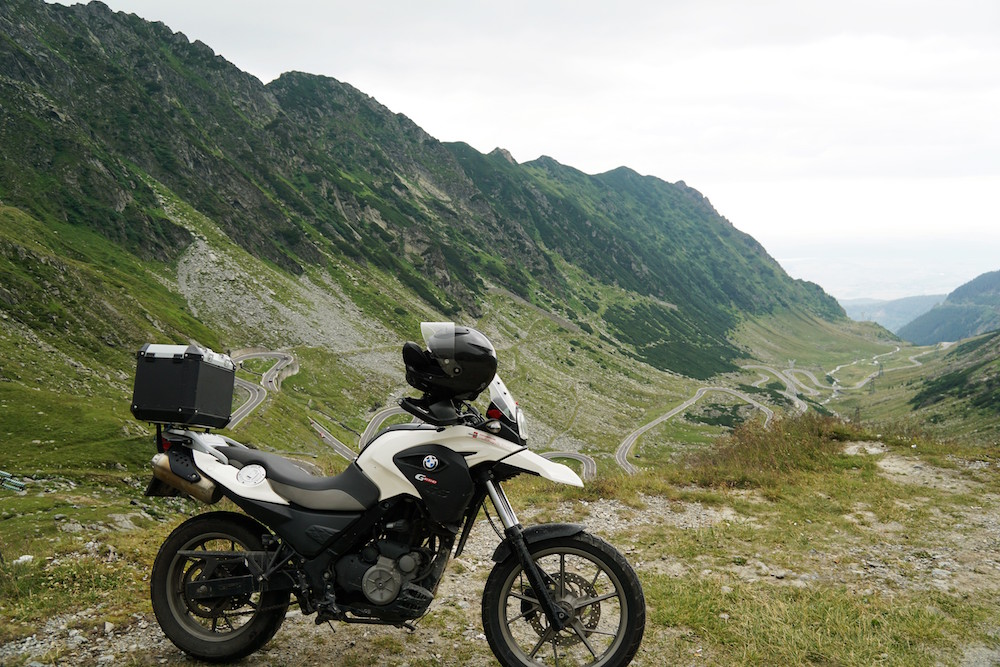 The Carpathians form a nearly 1,000-mile arc across Central and Eastern Europe, with about half of the range residing in Romania. This range is home to the largest European populations of predatory mammals like brown bears and wolves, as well as more than a third of all European plant species. Romania is also home to the second largest region of undisturbed old growth forest in Europe, and together the expansive wooded landscapes and mountainous backdrops make for extremely scenic riding on our Romaniacs Motorcycle Experience. This July 2017 trip draws its name from the incomparable Red Bull Romaniacs Hard Enduro event, but it’s the incredible riding on roads like the Transfăgărășan that make for the richest memories. 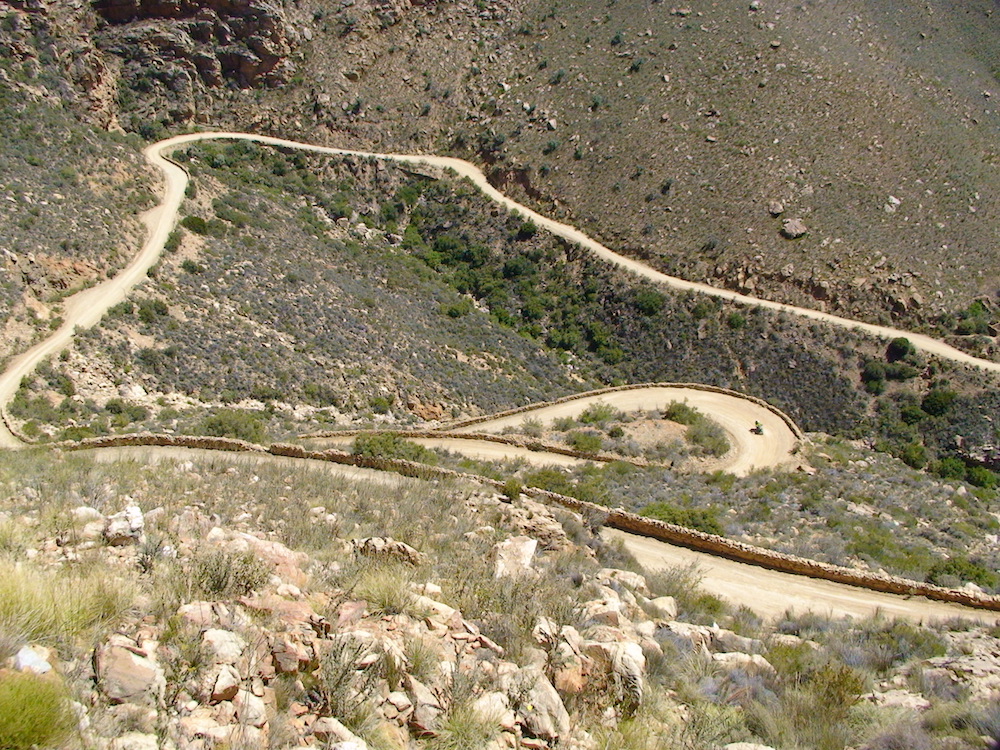 The Swartberg is a (relatively) short chain of mountains near the southern edge of South Africa. Part of the Cape Floristic Region, a UNESCO World Heritage Site, the Swartberg contains many of the tallest mountains in the Western Cape. This range is known for its spectacular mountain passes and the incredible feats of engineering required to construct them. Come October 2017 MotoQuest, riders on our South Africa Backroads Adventure will brave the unpaved and at times treacherous Swartberg Pass, which was completed in 1888. 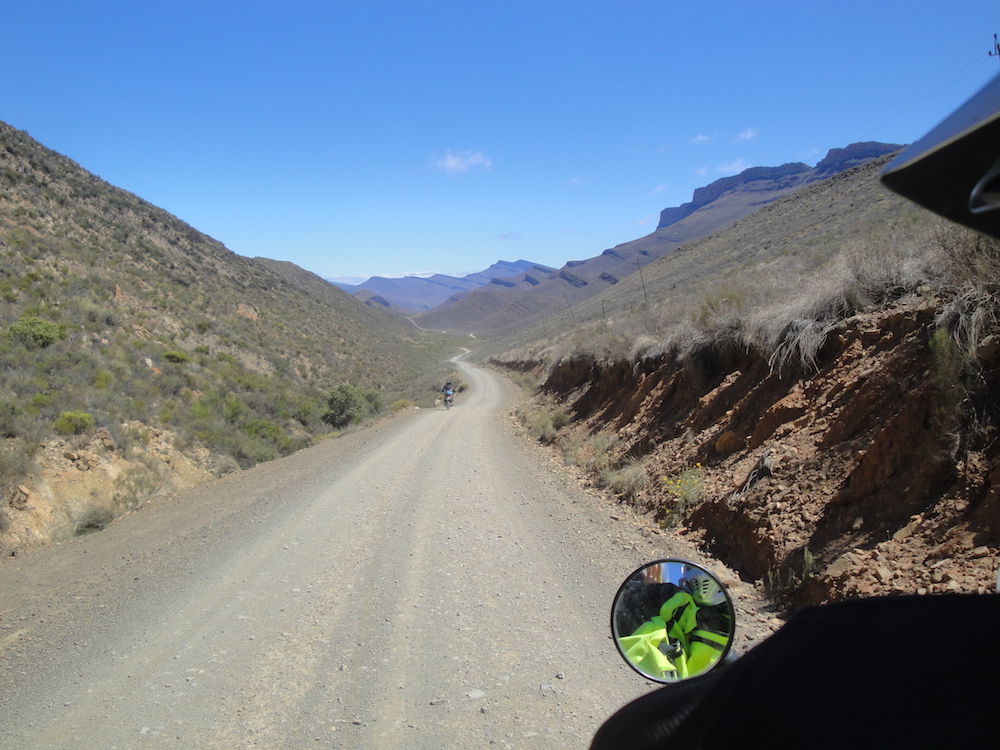 Our South Africa Backroads Adventure also makes its way north to the Cederberg, a mountain range named for the endangered Clanwilliam Cedar tree endemic to the area. This range is known for its dramatic rock formations as well as rock art painted onto cave walls by the indigenous San people, also known as Bushmen.

Stay tuned for Part 2 in this series, in which we explore the many ranges in our home state of Alaska, California’s Sierra Nevada, and more…