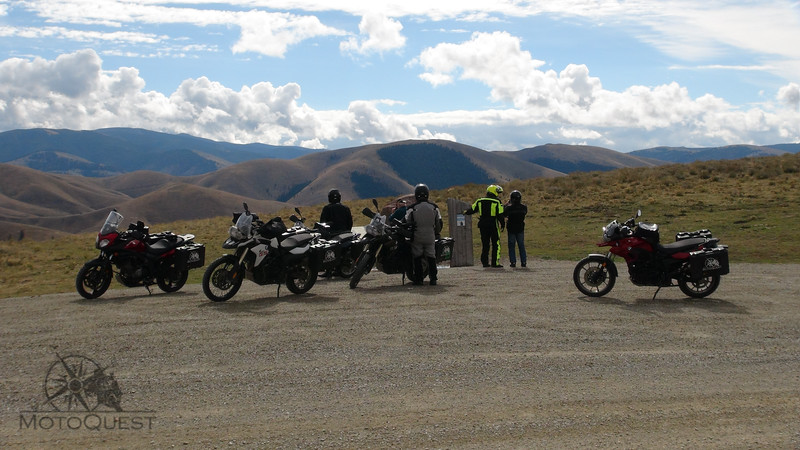 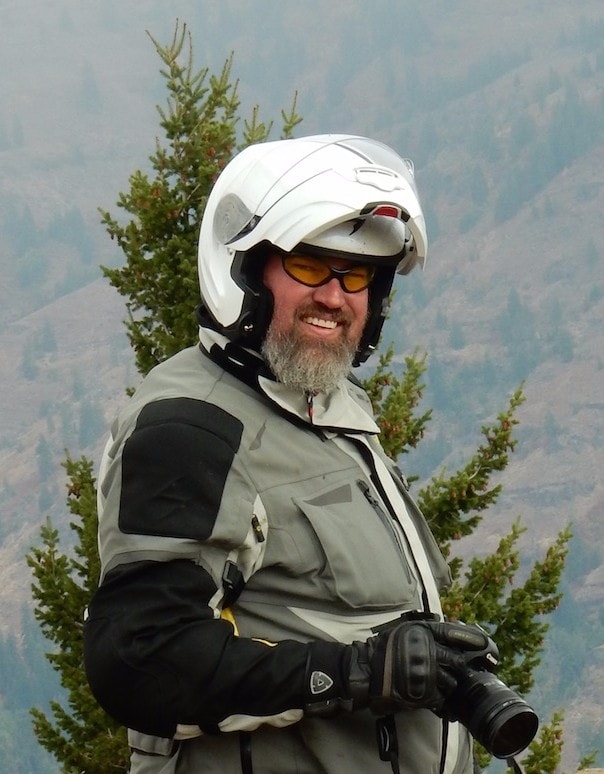 Have you met MotoQuest guide Jim Kohl? When Jim is not leading motorcyclists around Alaska and the Pacific Northwest, he’s out working as a professional photographer. That shouldn’t surprise you as you’ve no doubt seen some of Jim’s amazing work here at MotoQuest. But there’s another side to this Montana native that makes him the perfect guide for what history enthusiasts might call the perfect MotoQuest adventure.

Jim studied archaeology in his younger days and specialized in the Lewis and Clark Expedition. He has hands-on experience excavating and studying several sites where the Corps of Discovery camped on their journey to explore the lands acquired in the Louisiana Purchase, and his knowledge on this subject is what makes him so perfect for our Trail of Lewis and Clark Adventure. Here Jim shares some of his favorite highlights from this 13-day ride through the Northwest United States.

On Day 6 of this tour we enjoy a free day in Salmon, Idaho. The highlight is seeing Lemhi Pass, where Lewis and Clark crossed over the mountainous Continental Divide. This was an important milestone on the expedition. Lewis discovered a “large and plain Indian road” through the mountains, allowing the Corps of Discovery to be the first white men to see what is now Idaho. 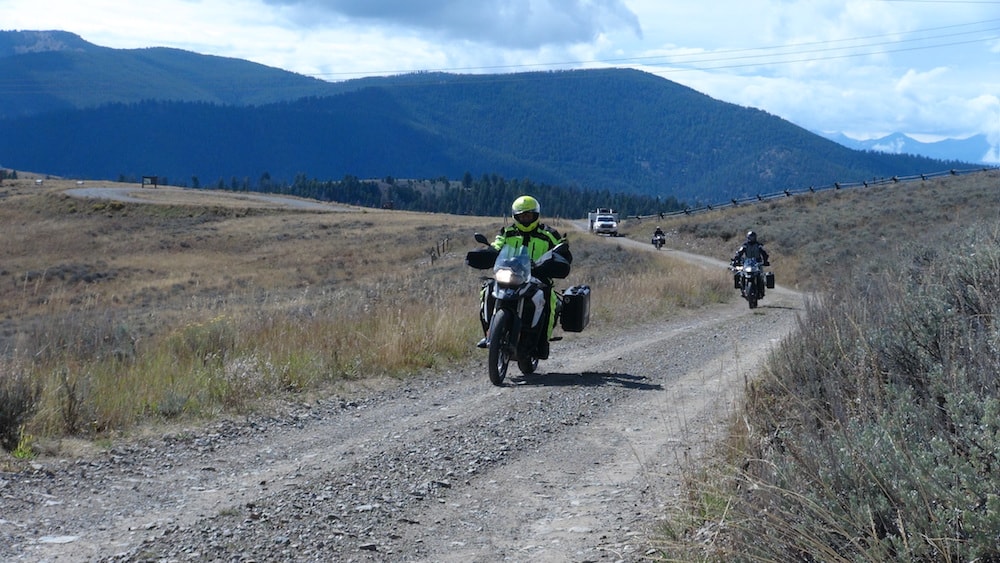 The famed Native American guide, Sacajawea, was part of the Lemhi Shoshone tribe based in what is now the town of Salmon. This is where the Sacajawea Interpretive, Cultural and Educational Center now stands, and our visit here provides some background on the Shoshone people and lets us view the Expedition from the standpoint of the Natives. 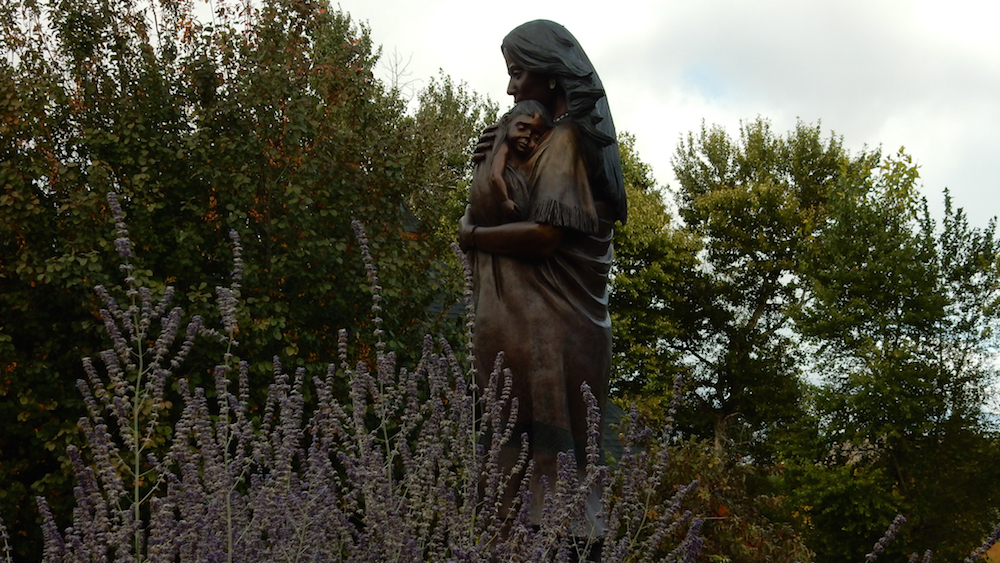 The following day our group rides to Butte, Montana — one of my favorite places to stay on this tour. While Butte is not actually on the Lewis and Clark route, it is still a point of historical interest. At the turn of the 20th century, Butte was a booming metropolis thanks in large part to being one of the world’s most lucrative sources of copper at that time. Nicknamed the “Richest Hill on Earth,” the city was home to more than 60,000 people and was one of the largest between Chicago and San Francisco. The subsequent economic crash left the town greatly preserved, making a stroll through Butte feel like you’re stepping back in time. 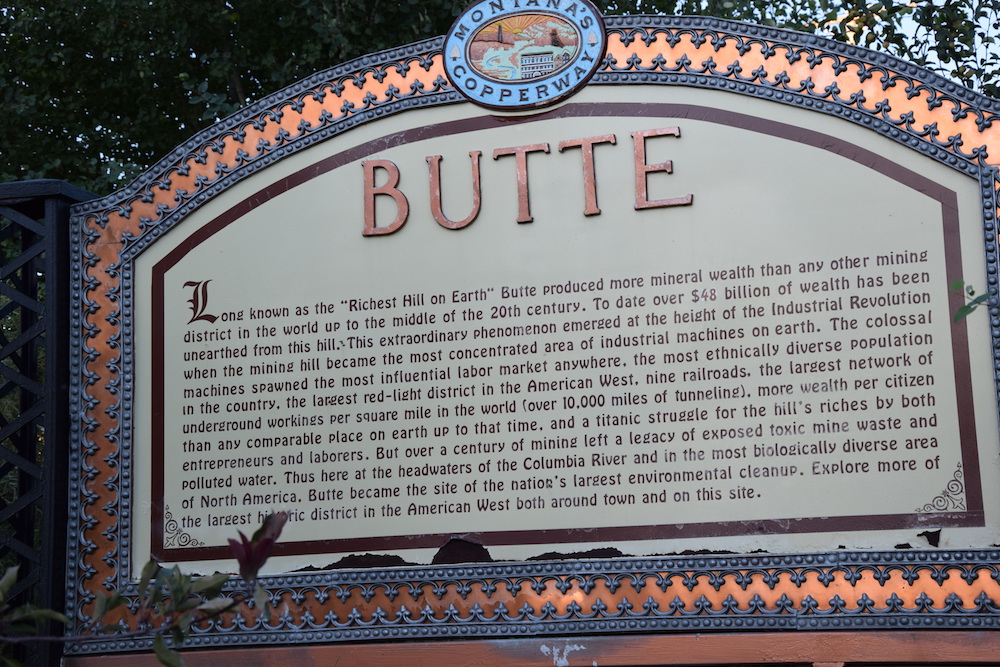 One interesting spot in Butte is the Finlen Hotel on Broadway Street. Once called the McDermott, this hotel was built in 1889 and was widely known as one of the grandest hotels in the Northwest. James T. Finlen bought the McDermott in 1902, renamed it, and eventually relocated to is modern location on Broadway Street. Over the years the hotel has hosted a number of historical figures including Marcus Daly, William Jennings Bryan, Theodore Roosevelt, Mrs. Herbert Hoover, Harry Truman, then Senator John F. Kennedy, and then Vice President Richard Nixon. 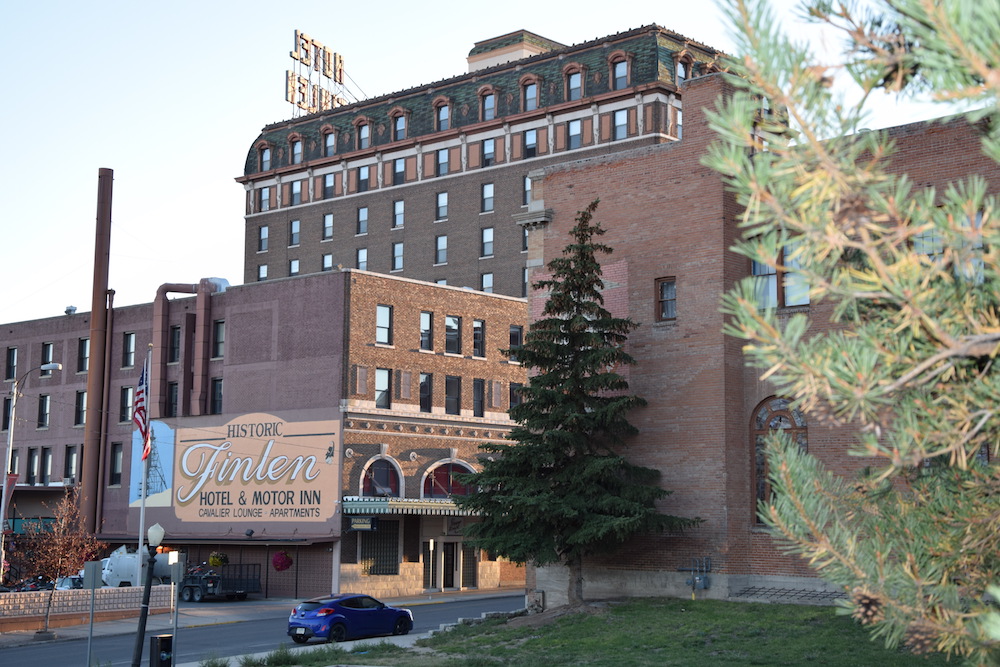 Day 8 of this trip brings a ride through the Lewis and Clark National Forest to Great Falls. Here we visit the Lewis and Clark Interpretive Center, which helps put into context the challenges that the Expedition encountered and overcame. For those riders that read the book Undaunted Courage (a copy is provided to all participants upon registering), this visit will help answer questions and tie everything together. We’ll see a few actual artifacts here, but there is not much left from that journey more than 200 years ago. The Corps of Discovery needed every single item they brought with them as everything was crucial for their survival and the success of the Expedition. That also meant that they couldn’t afford to leave anything behind. 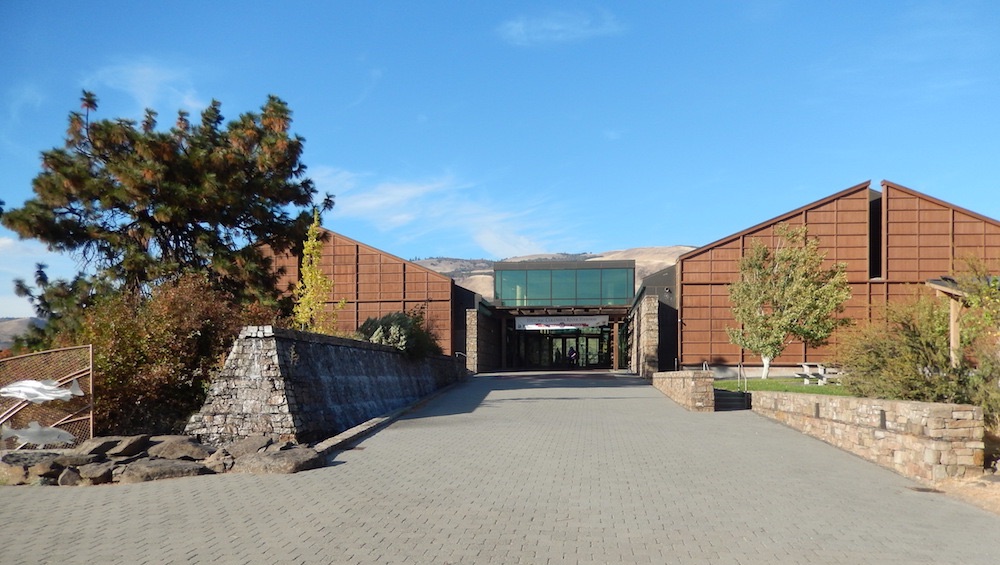 Another point of interest in Great Falls is that we will see the start of the Missouri River. There is something to be said for standing with one foot on either side of this small creek that turns into one of the largest rivers in the country — what a feeling! 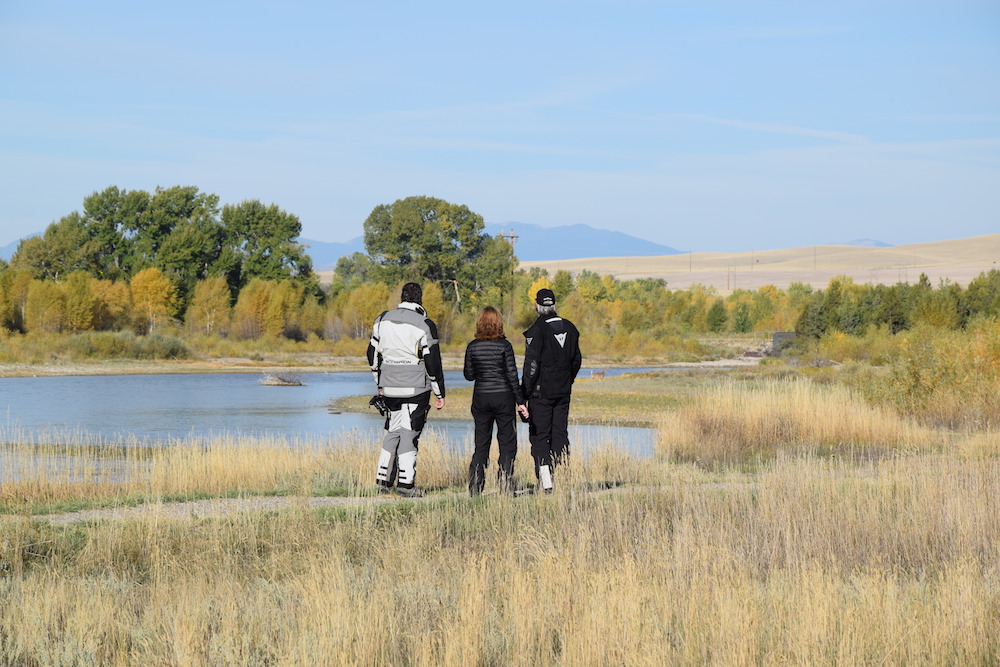 Our tour comes to a close with a visit to Fort Clatsop, where the Expedition spent the winter of 1805. Once you see it, you’ll be amazed that 30 people were able to fit inside! At that time of year it rains almost every day, in fact one journal reported that it rained all but 12 days over the course of nearly 5 months. Lewis and Clark absolutely hated it there. 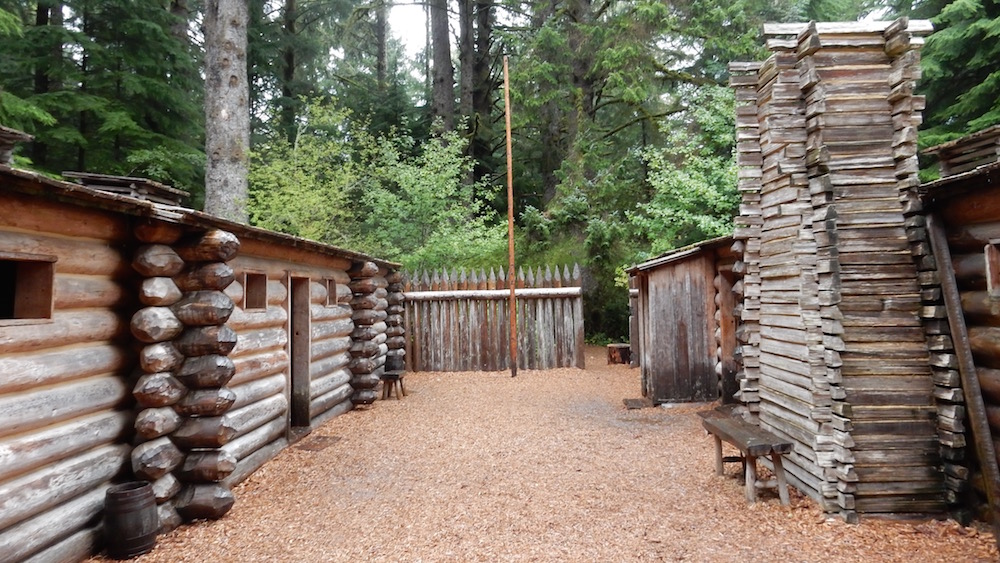 Although what stands today is merely a replica of the fort built by the explorers, its location is fairly accurate. Due to the weather along the Oregon Coast, the original structure rotted away by the middle of the 19th century. Additionally, the area would have received 18-24 inches of soil deposition, making it extremely difficult to track down the original site. Through remote sensing and excavation, however, archaeologists were able to pinpoint the Fort’s location to within a 4-mile square!

In fact, most of the Expedition’s trail is difficult to find. Lewis and Clark were under significant pressure to prove that their journey had been a useful and worthwhile endeavor. Once they arrived back in St. Louis, nearly everything was auctioned off as government surplus, as nothing was considered to be of importance at the time. Their journals they kept, treasure troves of observations on the landscape and physical features, plant and animal life, weather, Native peoples, and so much more. 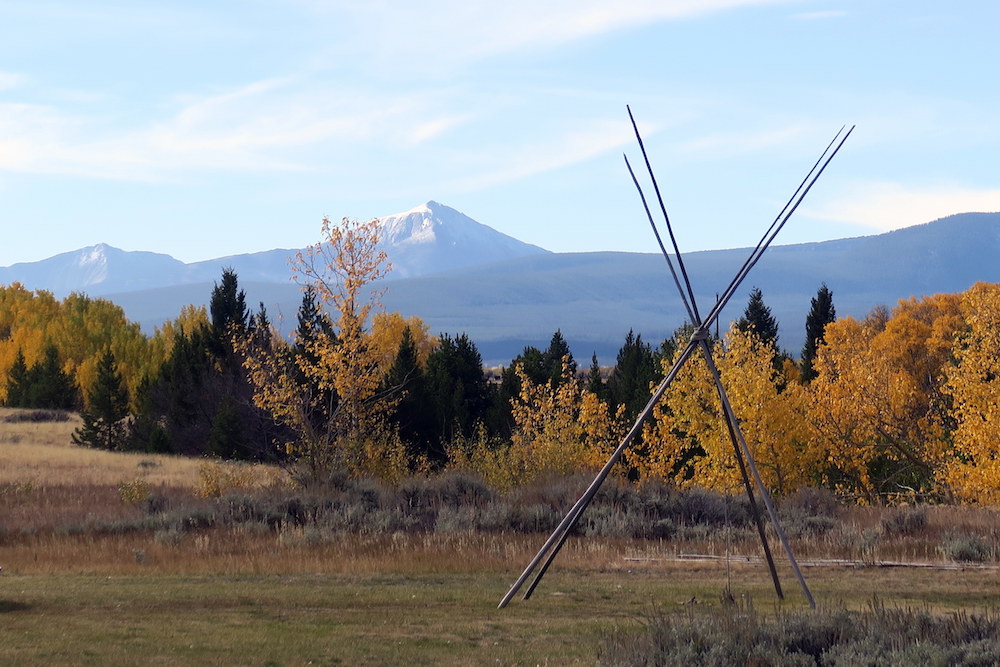 Aside from the rich history, this tour also puts you on some of the greatest motorcycling roads in the lower 48 states. With beautiful scenery, more twists and turns than you could hope for, and exceptional road conditions, the riding here will leave you grinning ear to ear. 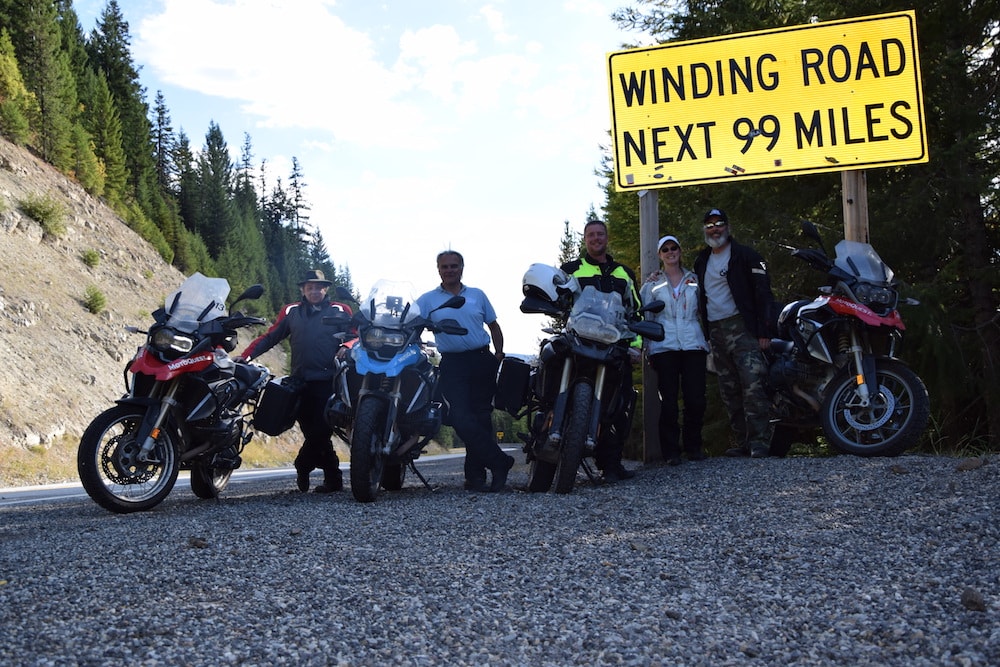