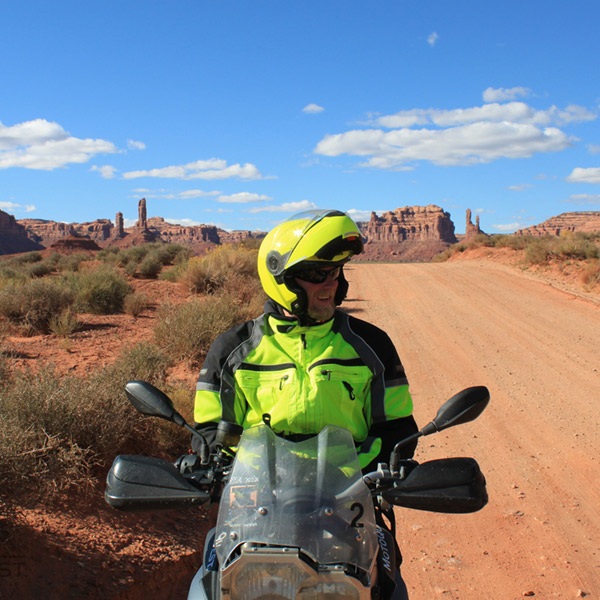 Born in Montana, raised in the Pacific North West, Dom moved to Alaska in 1993. Since then, he has been a professional fly-fishing guide for 10 years and now parades around as a restaurant owner of the Kingfisher Roadhouse in Cooper Landing, Alaska. He has spent the last several years exploring in and around Moab, Utah. Dom is an accomplished rider and BSer. He is great with people and knows and loves Alaska. Dom has been riding motorcycles for over 30 years.
REQUEST A CALL
CUSTOM TOUR INQUIRY
TOUR INFORMATION REQUEST
JOIN OUR NEWSLETTER